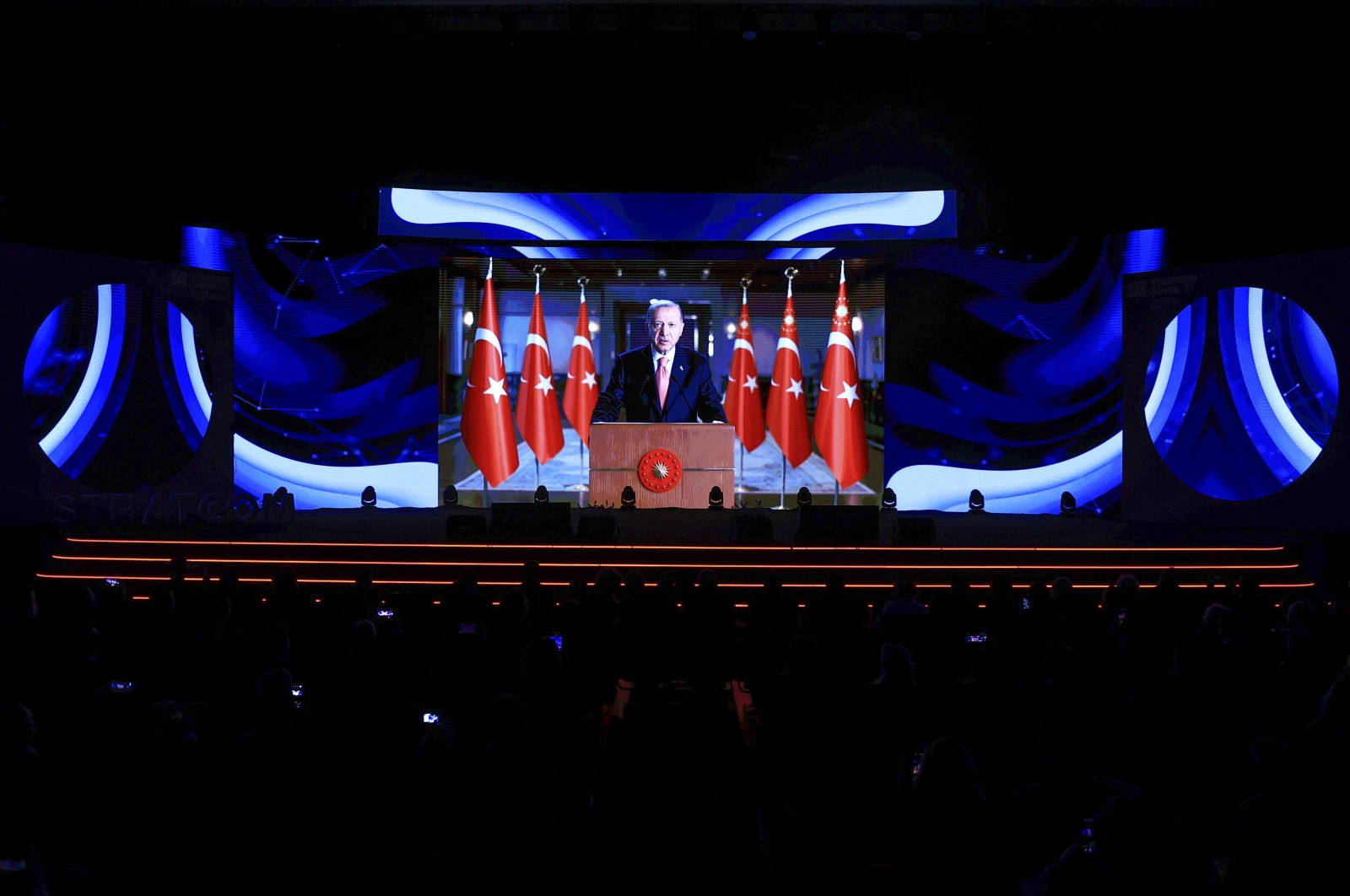 "Lies, manufactured news, and disinformation spread rapidly through the use of social media," the president said in a video message on the first day of the Stratcom Summit 2021 in Istanbul.

"Millions of people's lives are darkened due to such news spreading from channels lacking any effective control mechanism," he told the summit.

Erdoğan said though when it first emerged, social media was hailed as a symbol of freedom, now it has "turned into one of the main sources of threats to today's democracy."

"In this regard, it is important to inform the public and to fight disinformation and propaganda within the framework of truth," he said. "We are trying to protect our people, especially the vulnerable sectors of our society, against lies and disinformation, without compromising our citizens' right to receive accurate and impartial information."

"No one, no company can be above the law," he stressed.

Noting that he believes the Stratcom International Strategic Communication Summit will fill an important need in the field, Erdoğan thanked all the participants who contributed to the two-day event.

The two-day summit brought together 112 speakers from over 30 countries and a distinguished audience of over 3,000.

"We will be together at Stratcom for two days, talking about both our concerns and hopes," he told the summit.

He said the notion of "post-truth" has become a buzzword, cropping up more and more in the last decade.

"New media and new information technologies have started to come to the fore with their negative features rather than their positive ones," he said.

"On the other hand, successful attempts to establish legitimate and functional legal frameworks to regulate these new media and information technologies have not been put forward at the global level," he added.

He decried how "endless ambitions and desire for profits of global media and communication companies" sow "anarchy and chaos," something that is not easy to deal with.

He said some states remain silent while others use tools of "social control and political censorship," adding: "Both approaches threaten democratic systems, and social, cultural and political polyphony."

"After years of accusing many countries of ‘internet censorship,' the day came when they witnessed their own heads of state being censored by these new media," Altun said.

"Strategically, we need a new cyber narrative and order," he stressed.

Citing debate over social media's role in the 2016 Brexit campaign and the United States elections the same year, Altun said: "We need public regulations, but beyond that, social media must companies act within the framework of the principle of transparency and accountability."

"Social media literacy" is also one of the most important and positive factors for tackling the problem, according to Altun.

Altun said one of the important dimensions of President Erdoğan's principle of "a fairer world" is closing the inequality gap between countries and societies in a cyber world.

On Saturday, Hikmet Hajiyev, assistant to Azerbaijan's president, also spoke about his nation's victory in the Nagorno-Karabakh conflict in 2020, and Alex Stuart Aiken, the United Kingdom executive director of government communications, spoke on "Strategic Communication 101."

Officials of many countries who direct their communication strategies – including Singapore, the United Kingdom, Estonia, Latvia, Chile, Kosovo and Nigeria – also shared their experiences.

Other sessions of the summit included "The Story of Kindness from Hilal-i Ahmer to Kizilay," "Rethinking Government Communication," and "Strategic Communication and Information Warfare."

Digital transformation was also discussed in sessions such as "Digital Strategies Reloading, Digital Newsmakers: Rediscovering Journalism," "Data is the Message," "The Future and Content Strategy of Video," and "How Algorithms Shape Human Life."