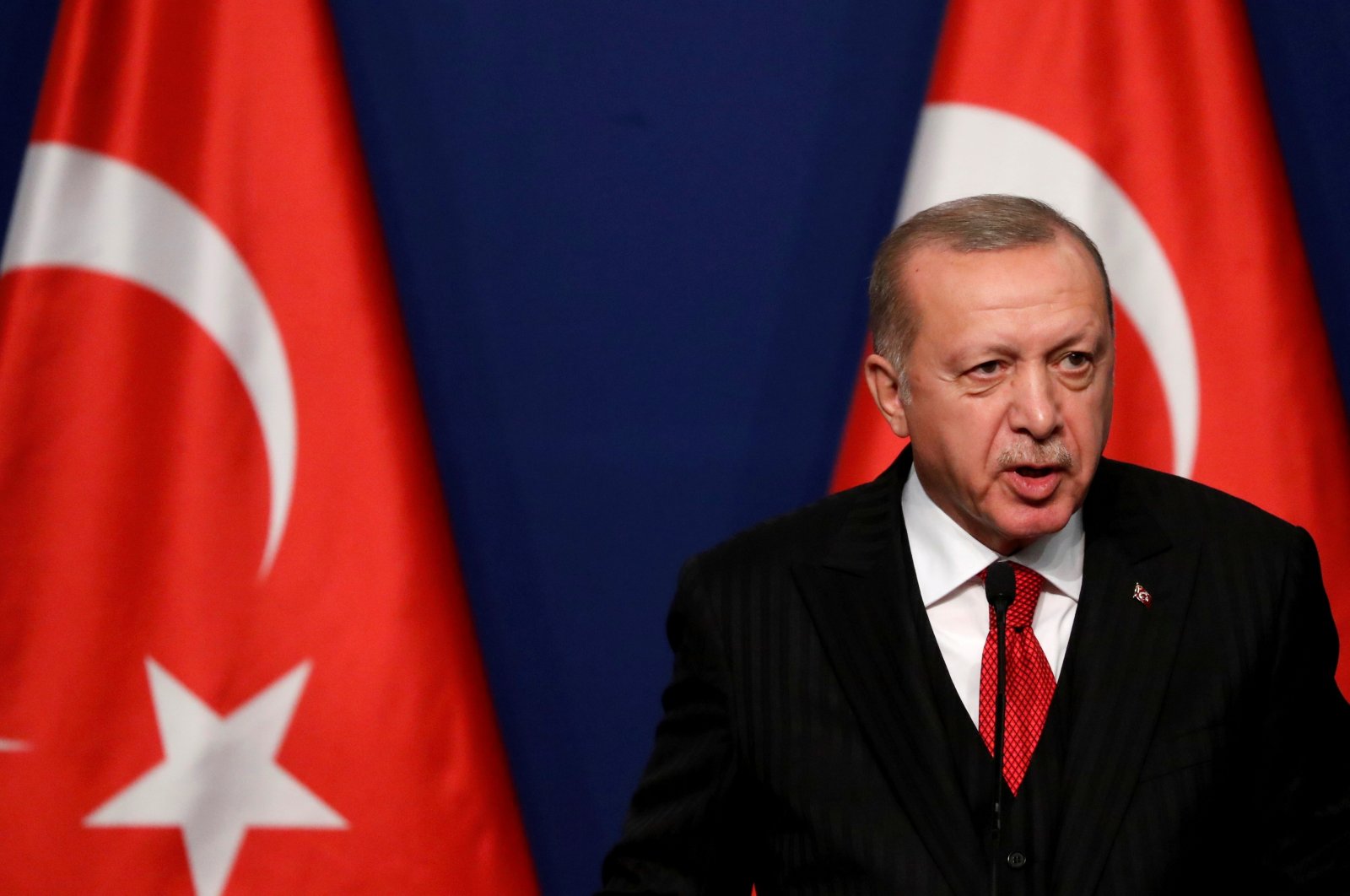 President Recep Tayyip Erdoğan repeated his criticism of the lack of representation at the United Nations, saying that such an unjust system is no longer sustainable.

“It is not possible for this system, which only protects the interests of five countries and disregards the concerns of the Muslim world, Africa, Latin America and South Asia, to proceed with its current structure,” Erdoğan told the TRT World Forum “Power and Paradox: Understanding Grand Strategy in the 21st Century” in a video message.

He continued by saying that the COVID-19 pandemic has shown that nothing will be the same anymore, as it has changed the way individuals perceive their own leaders and global politics.

Erdoğan noted that the pandemic has also multiplied the paradoxes and discrepancies in the global system and has shown how fragile the health care systems of some countries at the top were.

“Unfortunately, we were unable to properly capitalize on the coronavirus pandemic in terms of cooperation and solidarity, although it reminded us once again that we are one big family,” said the president.

Over 4.9 million have lost their lives due to the coronavirus pandemic since it started in December 2019, according to the United States’ Johns Hopkins University.

Erdoğan asserted that it would be a “simplistic and flawed approach” to attribute up to 5 million fatalities globally to the “virus or poor health care.”

“The existing system, which defends the powerful over the vulnerable, supports exploitation over sharing, and encourages greed, selfishness and avarice over contentment, is the most crucial reason for the emergence of this picture,” he said.

He called for a reform of the U.N. Security Council once again, saying that it has become an “unavoidable reality.”

“As Turkey, we reiterate this call by saying that the world is greater than five,” Erdoğan said, adding that he has also outlined his proposals in his book “A Fairer World is Possible.”

Turkey proposed a “principled, comprehensive, strategic and applicable model” for the U.N. to ensure equal representation, Erdogan said, and added that he was pleased to witness during talks at the U.N. General Assembly’s 76th session that his country’s efforts were “reciprocated.”

“We are determined to take this struggle, which we are waging on behalf of all oppressed people and victims, to a much higher level,” he stressed.

“We will continue to wage this struggle until a global order is established, which puts people in the center, prioritizes justice and equity, and where the right is powerful rather than the powerful being right,” Erdogan said.

Erdoğan also pointed out that the hate crimes in Western countries have “reached a terrifying level” amid economic difficulties.

“While the concept of a social state has been gravely harmed, income disparities have grown, animosity toward Islam and anti-immigrant sentiments have surged once again,” he said.

The Turkish president also criticized European politicians who exploit the “animosity toward Islam” to “win votes.”

“As a politician who has been drawing attention to these threats for many years, our concerns have grown further as a result of what we have witnessed,” he stated.