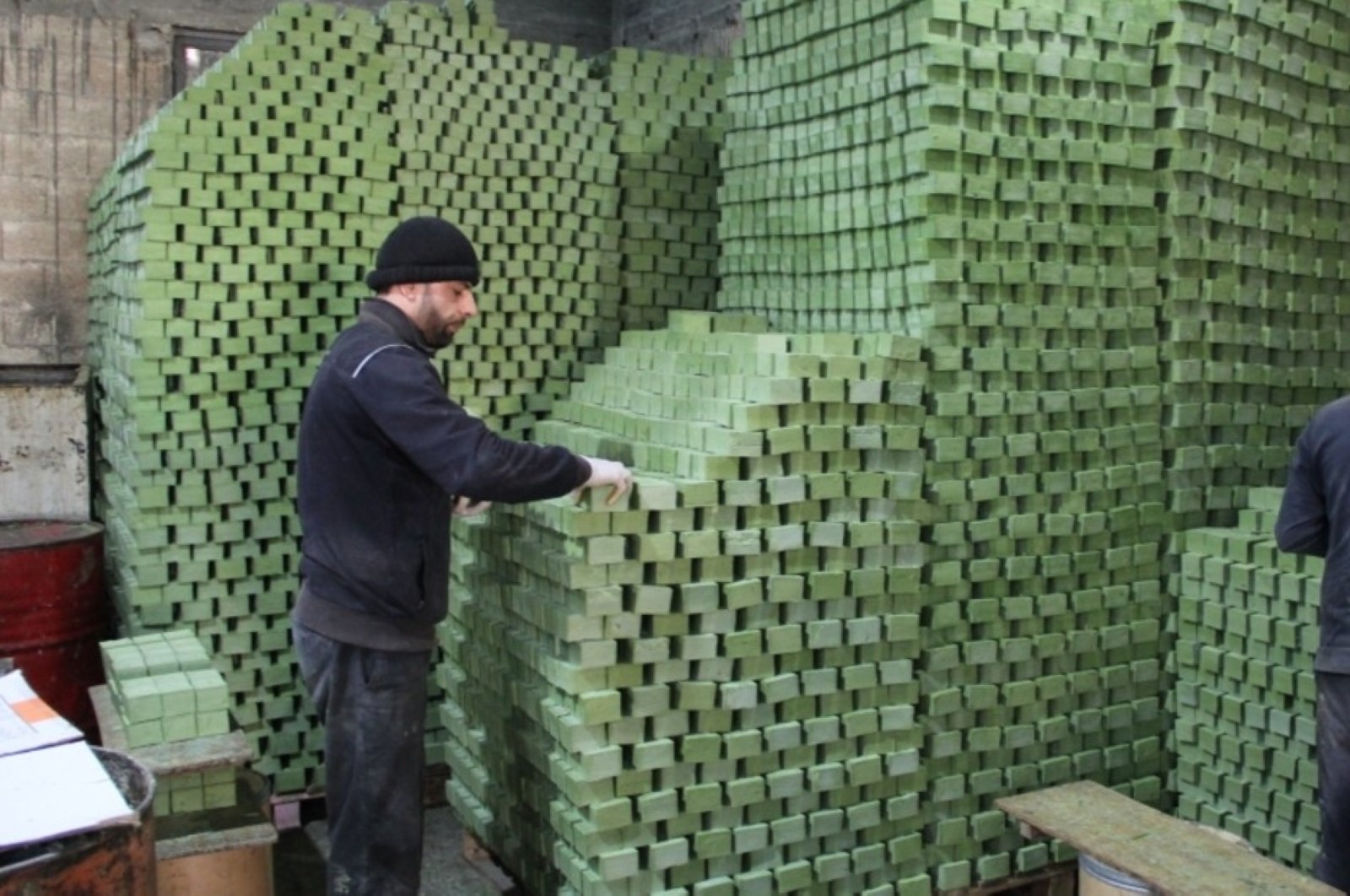 Although the COVID-19 pandemic has been hard on everyone, the most vulnerable members of society, including refugees, were among the first to lose their jobs and income, according to a United Nations representative in Turkey.

"As refugees were overwhelmingly working informally before the pandemic, these are the first people that lost their jobs and income, without being eligible for short-time work allowance or other unemployment benefits," Claudio Tomasi, a representative of the U.N. Development Program (UNDP), told Anadolu Agency (AA) in an exclusive interview.

"A recent study from Kizilay (the Turkish Red Crescent) found that 69% of refugee households reported a loss of employment because of COVID-19," he said.

After the July release of a U.N. report prepared with the thinktank Atlantic Council titled "Turkey's Refugee Resilience," Tomasi stressed that issues that were already making refugees' lives hard were exacerbated by the pandemic, and pointed to recommendations they made in the report for an inclusive recovery.

"First, we need to continue enhancing the skills of refugees so that they become employable options for large Turkish companies," he explained.

"Second, integrated structural investments at the local level are needed, particularly in industrial, manufacturing and agricultural value chains. Third, while the presence of refugees can be seen as an asset to catalyze local development, host communities need to be supported equitably as well. Last but not least, the formalization of existing jobs is paramount to ensuring decent work conditions for refugees, appropriate access to income and fair competition between job seekers," Tomasi expressed. "The good news is that we do not need to start from scratch here. As the UNDP, we have worked tirelessly since the onset of the crisis with our U.N., government, and private sector partners to put the necessary building blocks into place. With additional support, we would be able to quickly adapt and scale up our efforts to support the most vulnerable."

After the Syrian civil war broke out in 2011, Turkey adopted an "open-door policy" for people fleeing the conflict, granting them "temporary protection" status. Currently, there are 4 million refugees in Turkey, over 3.7 million of which are from Syria, making it the country home to the world’s largest refugee population. According to U.N. figures, close to 1.4 million refugees in Turkey are under 15 years of age and over 800,000 are between 15 and 24.

Turkish government policy has been focused on providing crucial support to the refugees during the pandemic, especially in terms of open access to health care and other basic services, said Tomasi.

"As we highlight in our joint report, Turkey does stand out compared to other countries, as it has adopted early on a comprehensive policy framework to grant Syrians under temporary protection not only access to services but also to the labor market," he said.

After Turkey confirmed its first COVID-19 case in March, the country took a host of measures to stem the virus's spread, including the closure of restaurants, cafes and other service sector institutions.

Although some Syrians are business owners or co-owners with Turkish nationals, a large chunk of Syrians in Turkey work in the service sector. Due to virus lockdowns, many white-collar workers began working from home and holding meetings online, but blue-collar workers did not enjoy similar luxuries. Although Syrians under Ankara’s temporary protection can use health care services free of charge, unregistered Syrians – around 10% of their population in Turkey – get no such advantage.

"At the start of the 2019-2020 school year, 684,253 Syrian children under temporary protection were enrolled in Turkish schools, while a network of 179 migrant health centers is currently operating in 30 provinces across Turkey. Turkey has been the main funding source of this impressive response, incurring a total cost of more than $40 billion (TL 303 billion), according to official data," he continued.

Ankara so far has spent around $40 billion for refugees, while the support from the European Union to Turkey for refugees has only been around 3 billion euros ($3.34 billion) from a promised 6 billion euros – a gap Turkey has long demanded be remedied.

The U.N. representative further expressed that over 130,000 work permits have been granted and over 10,000 Syrian entrepreneurs had the opportunity to start a business in Turkey, adding that refugees in many other countries have found getting jobs much more challenging.

"The proactiveness and openness of the government to put in place a comprehensive policy framework is why Turkey stands out as a global best practice," he noted.

Tomasi said the aim of the report was to lay out some practical first steps and to inform the policy debate about the long-term presence of refugees in Turkey.

"From our perspective, it is very clear that access to formal employment is the key to socio-economic inclusion, as it is the only way for refugee households to be self-reliant, to provide for themselves without depending on government or international assistance and build their own future," he said.

"However, we know this is an immense task, especially as the employment needs of Turkish citizens are also very important."

Tomasi pointed to one of the challenges faced by refugees in securing a work permit in Turkey. He said the work permit process for those under temporary protection involves a relatively simple online procedure, and most applications are approved.

"So why are only a small minority of refugees working formally?" he asked. "This is first and foremost because work permit applications need to be done by the employers, and many employers prefer to employ refugees informally, taking advantage of their situation to pay them less than the minimum wage and not to provide benefits."

Tomasi stressed that the employment situation of Syrian women is especially problematic, since few are working, and not many are looking for work either, making them inactive rather than unemployed.

"However, some recent surveys from the World Food Program and Kizilay showed that Syrian women were working even less in Turkey than they were in Syria. This shows that household duties and child care are even more challenging for them here due to their refugee status," he said. "This is why we advocate in our joint report for a strong and comprehensive gender approach to refugee employment that needs to address the need for child care services at the workplace or at the community level."

He stressed the importance of cultural interaction, with many Syrian women encountering and getting better acquainted in Turkey with less traditional roles. Tomasi said out of the 30,000 refugees they have trained to date, nearly three-fourths of the beneficiaries were women, showing their eagerness to take an active role in their community if given the chance.

He said before that the pandemic competition for jobs was one of the main drivers of tensions between communities, but there have been few signs of heightened tensions during the outbreak, showing once again how solidarity between individuals and communities can prevail at a local level.