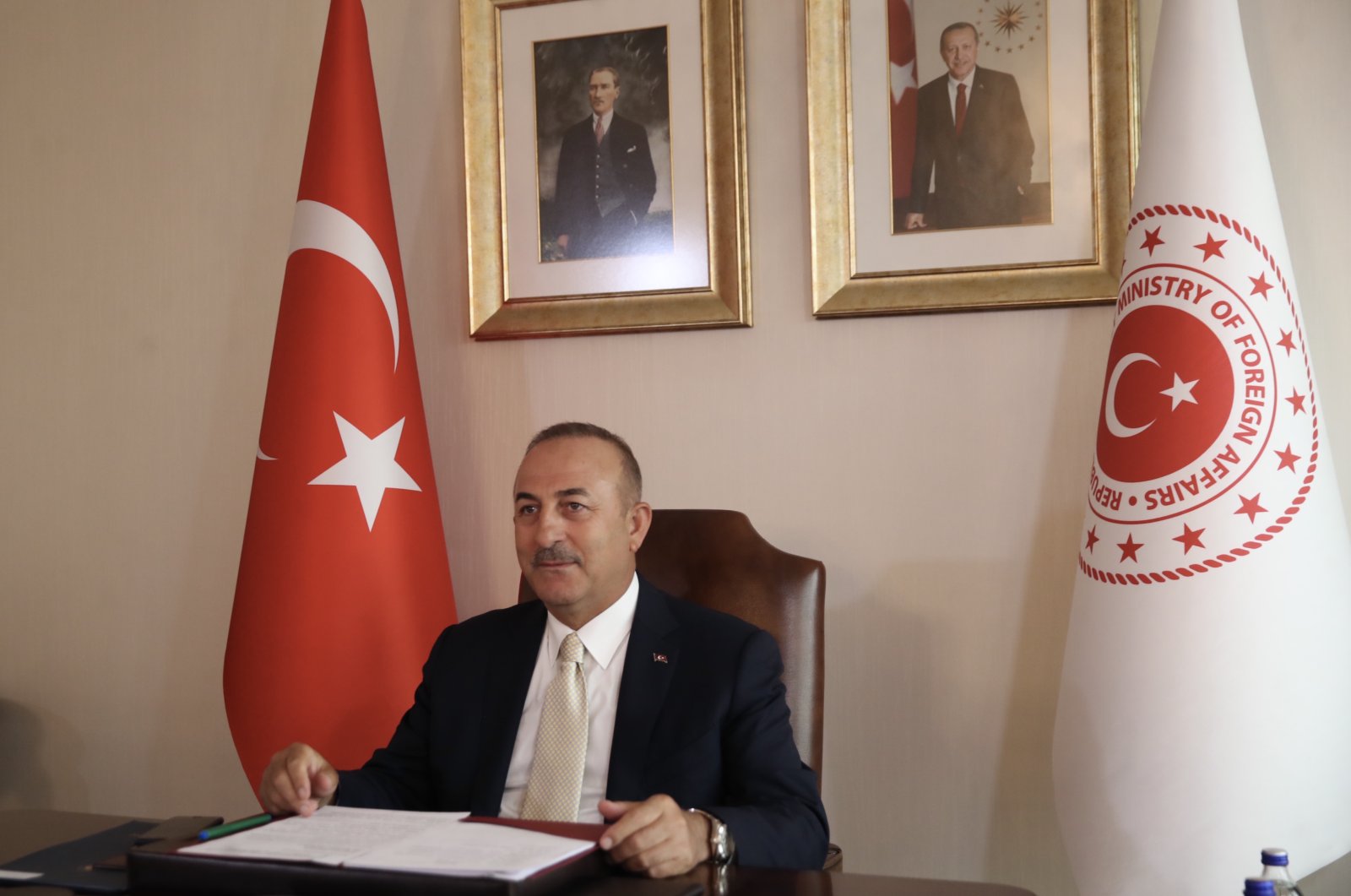 Turkey's top diplomat on Wednesday said a recent call by Egypt for a cease-fire in Libya was "stillborn."

Çavuşoğlu questioned the current motives of Haftar, whom he said previously "refused all cease-fire efforts" but suddenly made a joint statement in favor of a truce with Egypt after recent advances by the government.

"Amid recent victories of the (U.N.-recognized) Government of National Accord (GNA), they are calling for a truce as Haftar began to lose on the ground. This is neither convincing nor sincere. Cease-fire efforts in Cairo are stillborn," he said.

Following the ouster of late ruler Moammar Gadhafi in 2011, Libya's new government was founded in 2015 under a political deal led by the U.N.

The government and the western parts of the country have been under attack by Haftar's forces since April 2019.

The Libyan Army has made significant military gains against Haftar's militias in recent days, capturing all the country's western cities to the Tunisian border.

Underlining that only a cease-fire agreed by both parties in the conflict would be permanent, Çavuşoğlu said: "Haftar never wanted this. Neither the Government of National Accord nor other countries were present in Cairo. A cease-fire call to save Haftar is not sincere or convincing to us."

He further said both NATO and the U.S. looked "positively" on Turkey's involvement in Libya and that Turkish President Recep Tayyip Erdoğan held telephone conversations with NATO Secretary-General Jens Stoltenberg and U.S. President Donald Trump on the issue.

Çavuşoğlu stressed that a truce must be signed at a platform where everyone could come together.

"If a consensus is reached on a platform where everyone comes together under the umbrella of the United Nations, that cease-fire will be credible and permanent," he added.

Referring to earlier cease-fire efforts by Turkey and Russia, Çavuşoğlu said he spoke to his Russian counterpart Sergey Lavrov on Monday about Libya, and both countries agreed to hold political consultations on the issue.

"We clearly told them that we did not approve the Cairo Declaration and that we did not find it realistic or sincere, and therefore we will not support it. We will have talks with the Russians on Libya in the coming days."

Çavuşoğlu ruled out any role for Haftar in Libya's future, asserting that he had lost such a chance by flouting previous cease-fires agreed in the past.

"He declared that he did not recognize the political agreement and announced his seizure of the country's administration. Haftar became a pirate-like coup plotter. Of course, the Libyan people will decide, but such a person should not have a role in the Libyan administration because putschists should not be here. Haftar missed his opportunity," he said.