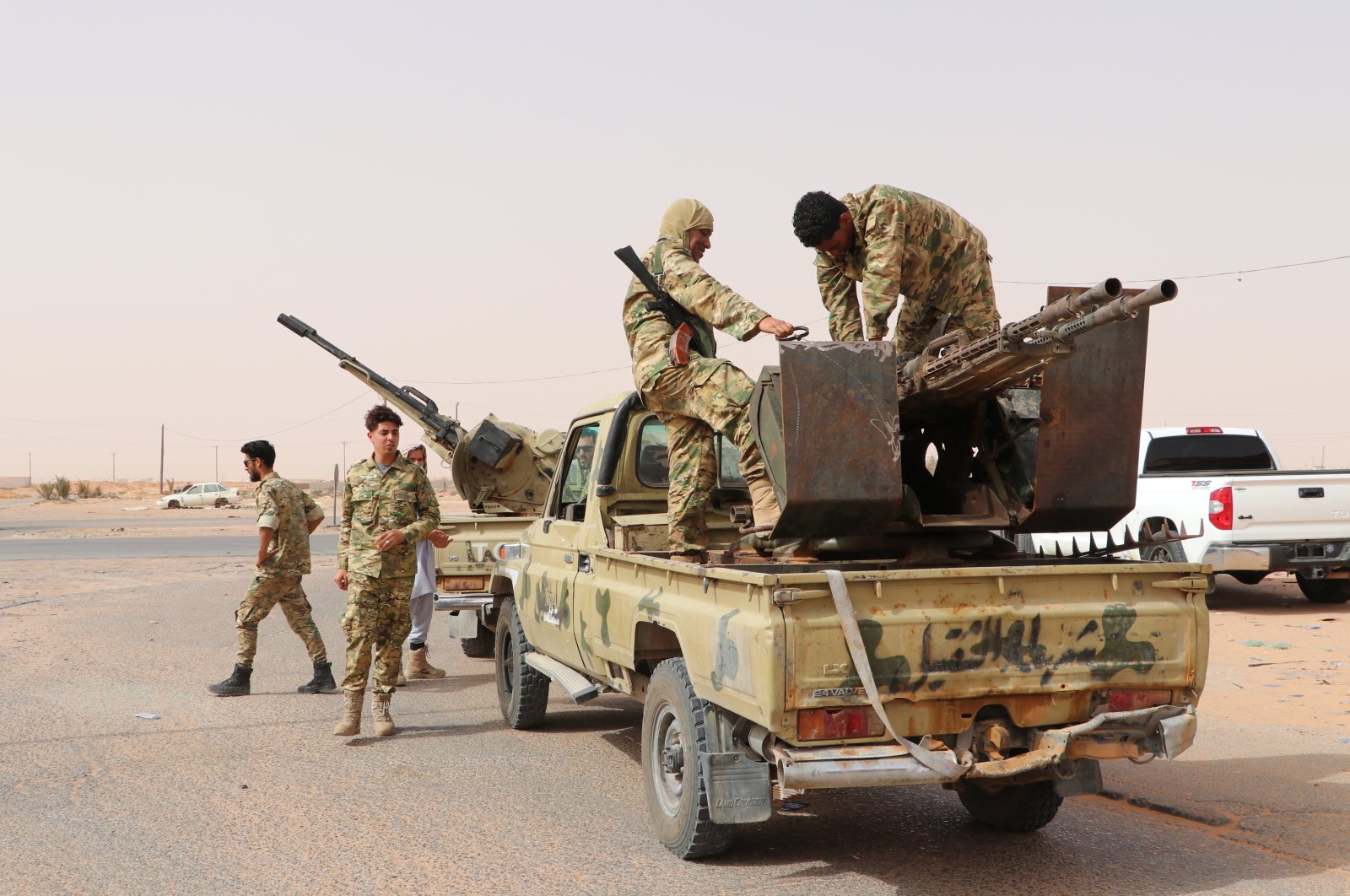 The Libyan Army on Saturday denounced remarks of the Egyptian president, who signaled a possible Egyptian military operation in the country, calling it "a clear declaration of war and a blatant interference" in Libyan affairs.

The remarks were made in a statement by Abdel-Hadi Darah, a military spokesman of Path of Victory operation.

“(Abdel Fattah) el-Sissi's statements that Sirte and Jufra are a red line, according to his description, is blatant interference in our country's affairs and we consider it a clear declaration of war on Libya," Darah said.

"Our heroic forces are determined to complete the journey and liberate the entire region from terrorist militias (loyal to putschist Gen. Khalifa Haftar), their mercenaries as well as their supporters," he added.

Libya's U.N.-recognized government on Saturday also denounced the warning by Egypt that it could intervene militarily in its eastern neighbor, saying this would be considered a "threat to national security."

"We strongly reject what was said by (Egyptian President Abdel Fattah) el-Sissi and consider it a continuation of the war on the Libyan people, interference in Libyan affairs and a dangerous threat to national security," said Mohammed Amari Zayed, a member of the Tripoli-based government's presidential council.

"There can be no 'red line' within our borders. We reject any bid aimed at dividing the Libyan people or their territory ... We categorically reject any bid to impose guardianship over Libya," he added.

Earlier on Saturday, el-Sissi said an offensive by the Libyan Army forces on the strategic city of Sirte or the inland Jufra air base would be considered as a “red line" and trigger a direct Egyptian military intervention into the conflict.

“Let’s stop at this (current) front line and start negotiations to reach a political solution to the Libyan crisis,” he said in a televised speech in the Egyptian city of Matrouh near the Libyan borders.

El-Sissi told his army "be prepared to carry out any mission here within our borders, or if necessary outside our borders.”

Commenting on the situation, Turkey’s Foreign Minister Mevlüt Çavuşoğlu said Haftar's forces have lost the chance to engage in a political solution to the conflict because Haftar ignored previous calls for a peaceful solution.

“On the contrary, he increased his aggression,” Çavuşoğlu said in a televised news conference.

“He’s losing, he’s doomed to lose," he added. “It’s impossible for him to win. He had an opportunity for a political process. He lost that as well.”

Egypt, along with France, Russia, Jordan, the United Arab Emirates, supports warlord Haftar in Libya. Meanwhile, Turkey, Italy, and Qatar back the United Nations-recognized Government of National Accord (GNA), which signed two separate pacts with Turkey on Nov. 27 – one ensuring military cooperation and the other on shared maritime boundaries of countries in the Eastern Mediterranean.