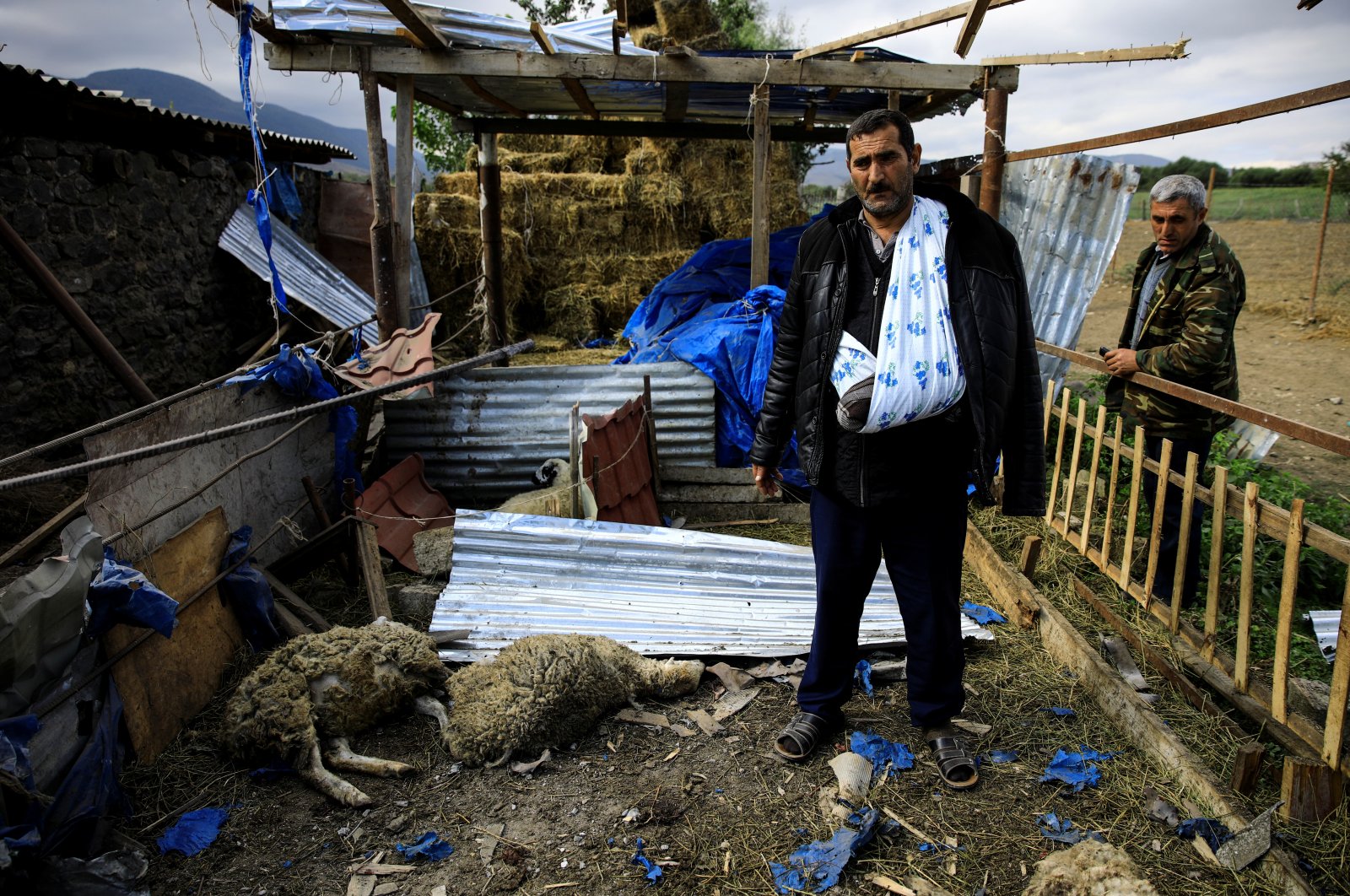 Wounded resident Ilyas Ahmedov stands next to his dead sheep at his farmhouse, which was hit by shelling during the military conflict over the Armenian-occupied region of Nagorno-Karabakh, in Qaraçınar village near the town of Goranboy, Azerbaijan, Oct. 8, 2020. (Reuters Photo)
by daily sabah Oct 09, 2020 11:39 am
Edited By Nurbanu Tanrıkulu Kızıl
RECOMMENDED

A road map to end the Armenian occupation of Nagorno-Karabakh is necessary to establish a cease-fire in the area, Presidential Spokesperson Ibrahim Kalın said Friday.

“Attempts at a cease-fire in the Nagorno-Karabakh region must be combined with a clear road map to end Armenian occupation,” Kalın told a live broadcast on Al-Jazeera, noting that Turkey supports a diplomatic solution and has called on the Minsk Group, which was set up in 1992 by the Organization for Security and Co-operation in Europe (OSCE), to come up with a timetable containing a guideline to not only end hostilities but also end the occupation of Azerbaijani lands by Armenia.

“The Minsk Group, which was established almost 30 years ago, has done very little to bring an end to this frozen conflict in the southern Caucasus,” Kalın said.

He highlighted that establishing a cease-fire was crucial, but the only way to make the cease-fire permanent and lasting is by ending the Armenian occupation.

“Yes to a diplomatic solution but that needs to be combined with a timetable, a road map to end the occupation of Nagorno-Karabakh,” Kalın added.

The Minsk Group – co-chaired by France, Russia and the U.S. – was set up to find a peaceful solution to the conflict, but to no avail. A cease-fire was agreed upon in 1994.

Turkey has condemned the Armenian occupation and vowed support for Azerbaijan.

Azerbaijani President Ilham Aliyev has said Turkey must be involved in the process to resolve the decadeslong conflict.