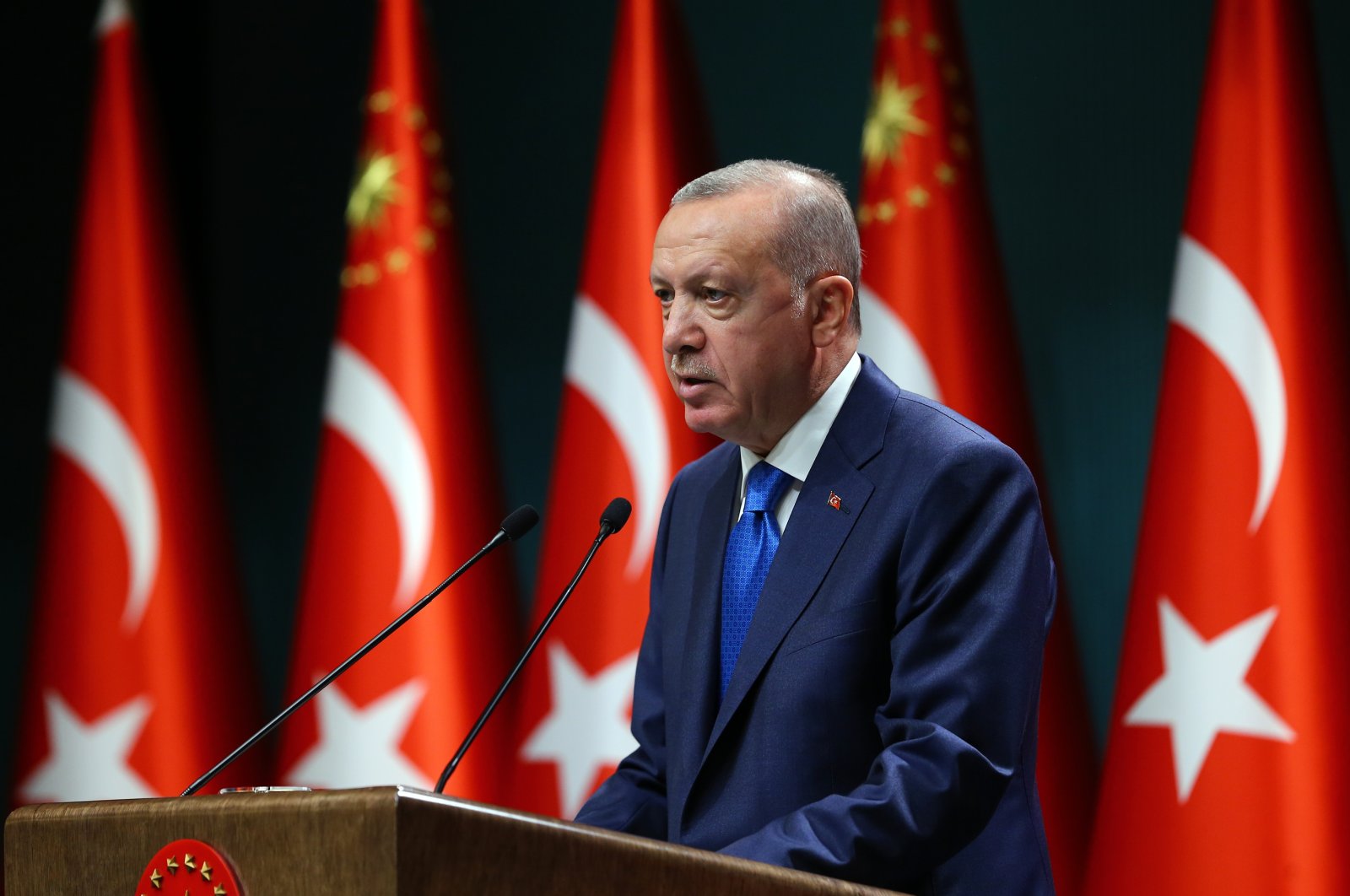 President Recep Tayyip Erdoğan warned Monday that disrespectful actions carried out against Turkey only serve to strengthen its determination.

"Those who try to act with fait accompli by disregarding Turkey’s lawful rights in the Eastern Mediterranean and Aegean will eventually accept the facts," he said, following a Cabinet meeting Monday evening.

"Every political, diplomatic or military mistake or disrespectful act carried out against our country, instead of turning us from our path, reinforces our determination," he said.

Referring to Greece, the president stressed that those who are struggling with their inadequate military power instead of sitting at the negotiating table with Ankara should at least examine Turkey’s diplomatic efforts and military operations in the last four years.

“Turkey will maintain an active and determined policy regarding its rights in the Eastern Mediterranean like it did to ensure its border security,” Erdoğan said, referring to a series of successful counterterrorism operations carried out in northern Syria.

Ankara has long been reiterating its aim of negotiating with Athens without preconditions for a fair share that will preserve all sides’ rights in the region.

Ankara contends that some of the blocks – particularly Block 4, 5, 6 and 7 on which Greek Cypriots have commissioned international energy companies like the Italian ENI and French Total for exploration – violate the country's 200-mile continental shelf as well as the 14-mile territorial waters of the Turkish Republic of Northern Cyprus (TRNC), which has been excluded from exploration efforts by the Greek Cypriot administration in the south of the island.

Erdoğan also urged European countries to follow a consistent policy in the Eastern Mediterranean, after they failed to do so in Cyprus, Syria and Libya.

France is a major supporter of Greece in the region. The country has deployed military jets to the Greek-administered side of Cyprus under the pretext that they are holding a drill with Greece and Italy, which Turkey says is against the 1960 treaties on Cyprus.

Athens has also announced that it will be purchasing jets and military equipment from Paris as part of a defense deal.