Erdoğan arrives in Bosnia as part of mini-Balkans tour 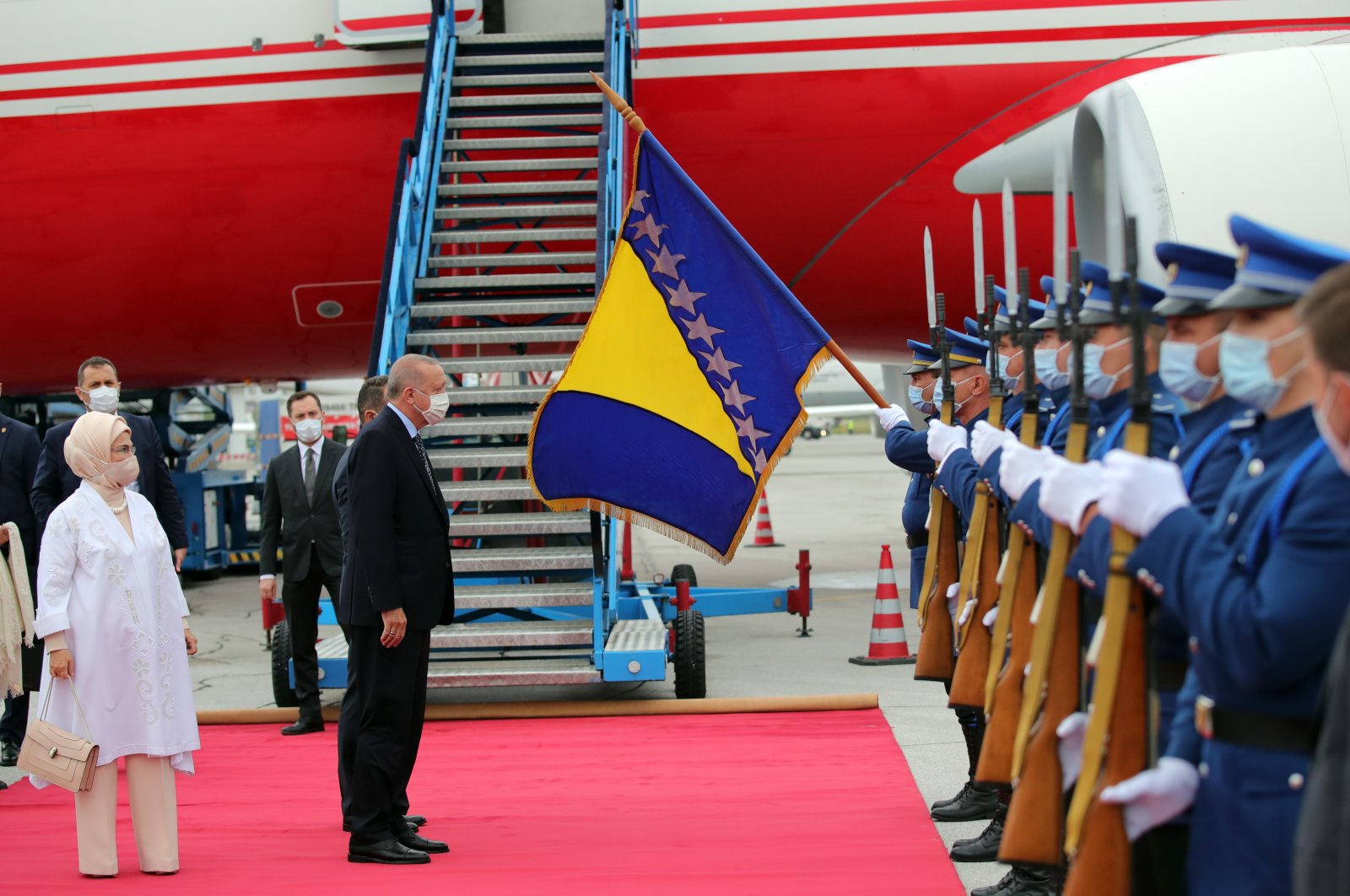 In Sarajevo, Erdoğan began his visit at the gravesite of Alija Izetbegovic, the country's founding president, who passed away in 2003.

Later, Erdoğan is scheduled to attend the reopening of the Bascarsija Mosque, built in the 1500s but damaged during the 1990s Balkan wars. The historic mosque, which was declared a national monument in 2006, has now been restored by Turkey's Foundations Directorate General.

Before departing Turkey, Erdoğan said that with its multicultural structure, Bosnia-Herzegovina is a key country in the Balkan region.

He also said that during his visit he would have the opportunity to discuss steps to strengthen cooperation.

Erdoğan will later meet with Zeljko Komsic, the Croat member and current chair of the three-member Presidency Council of Bosnia-Herzegovina, as well as its Serb member Milorad Dodik and Bosniak member Sefik Dzaferovic.

The three-man council will welcome Erdoğan with an official ceremony.

During their face-to-face meeting, bilateral relations will be reviewed and steps discussed for deepening cooperation.

On Saturday, Erdoğan will arrive in Podgorica, the capital of neighboring Montenegro, at the invitation of the country's President Milo Djukanovic.

During both visits, current developments in the Balkans will be evaluated and views will be exchanged on other regional and international issues.