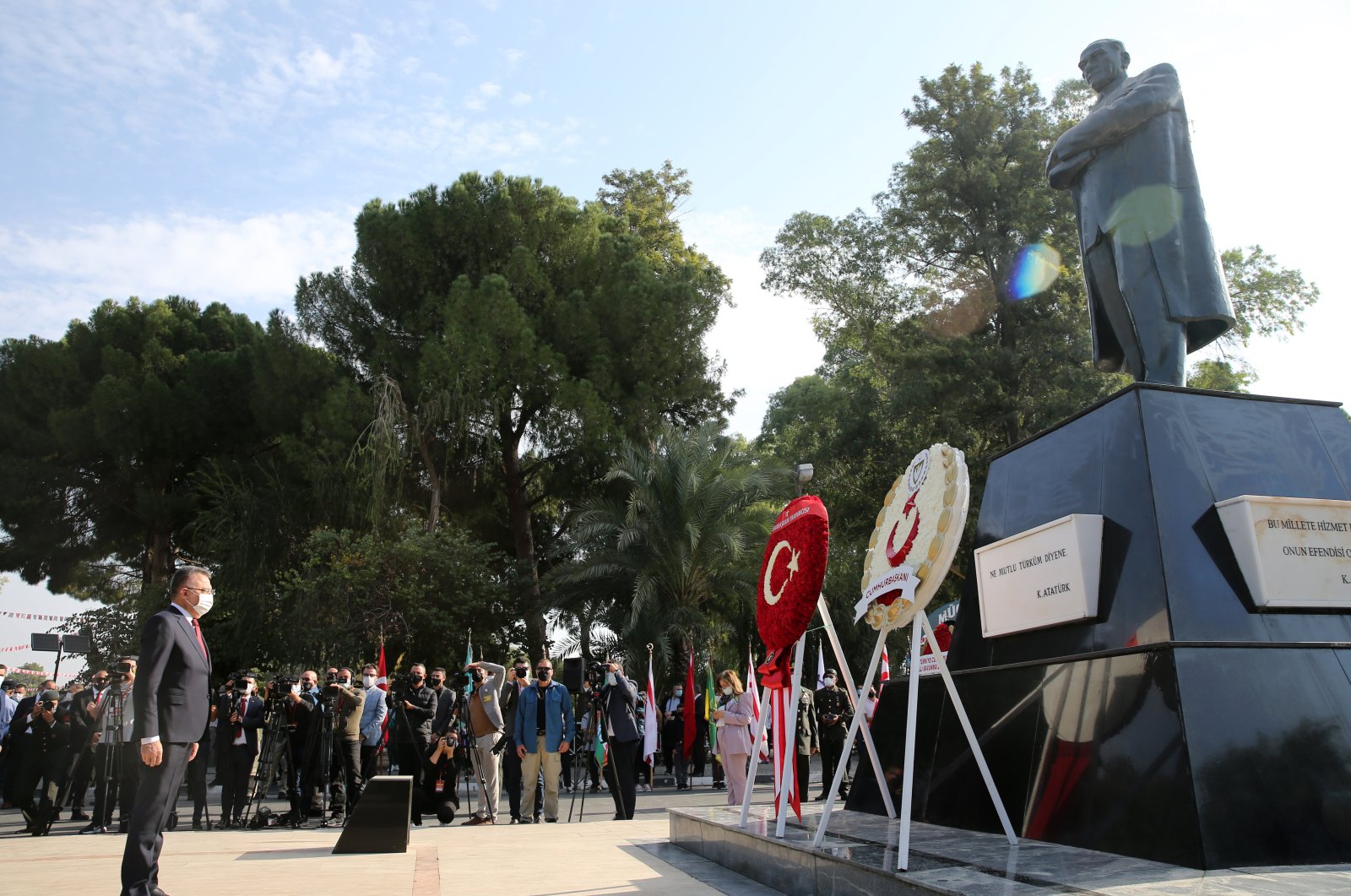 President Recep Tayyip Erdoğan congratulated the Turkish Cypriot people on the 38th anniversary of the foundation of the Turkish Republic of Northern Cyprus (TRNC).

“I sincerely congratulate the 38th anniversary of the foundation of the Turkish Republic of Northern Cyprus on this proud day of the Turkish Cypriot people, whom we consider an integral part of our nation,” Erdoğan said on Twitter.

Erdoğan has long stressed Turkey’s strong ties with the TRNC, founded in 1983, whose efforts on the global stage for recognition and fair treatment he calls Turkey’s “national cause.”

Pakistan also congratulated the TRNC in a ceremony held in the capital Islamabad. Turkey’s Ambassador to Pakistan Ihsan Mustafa Yurdakul, Turkish Cypriots and Turkish people living in the country also participated in the celebrations.

It has seen an on-and-off peace process in recent years, including a failed 2017 initiative in Switzerland under the auspices of guarantor countries Turkey, Greece and the U.K. The Greek Cypriot administration entered the European Union in 2004, the same year that Greek Cypriots thwarted the U.N.’s Annan plan to end the decadeslong dispute.