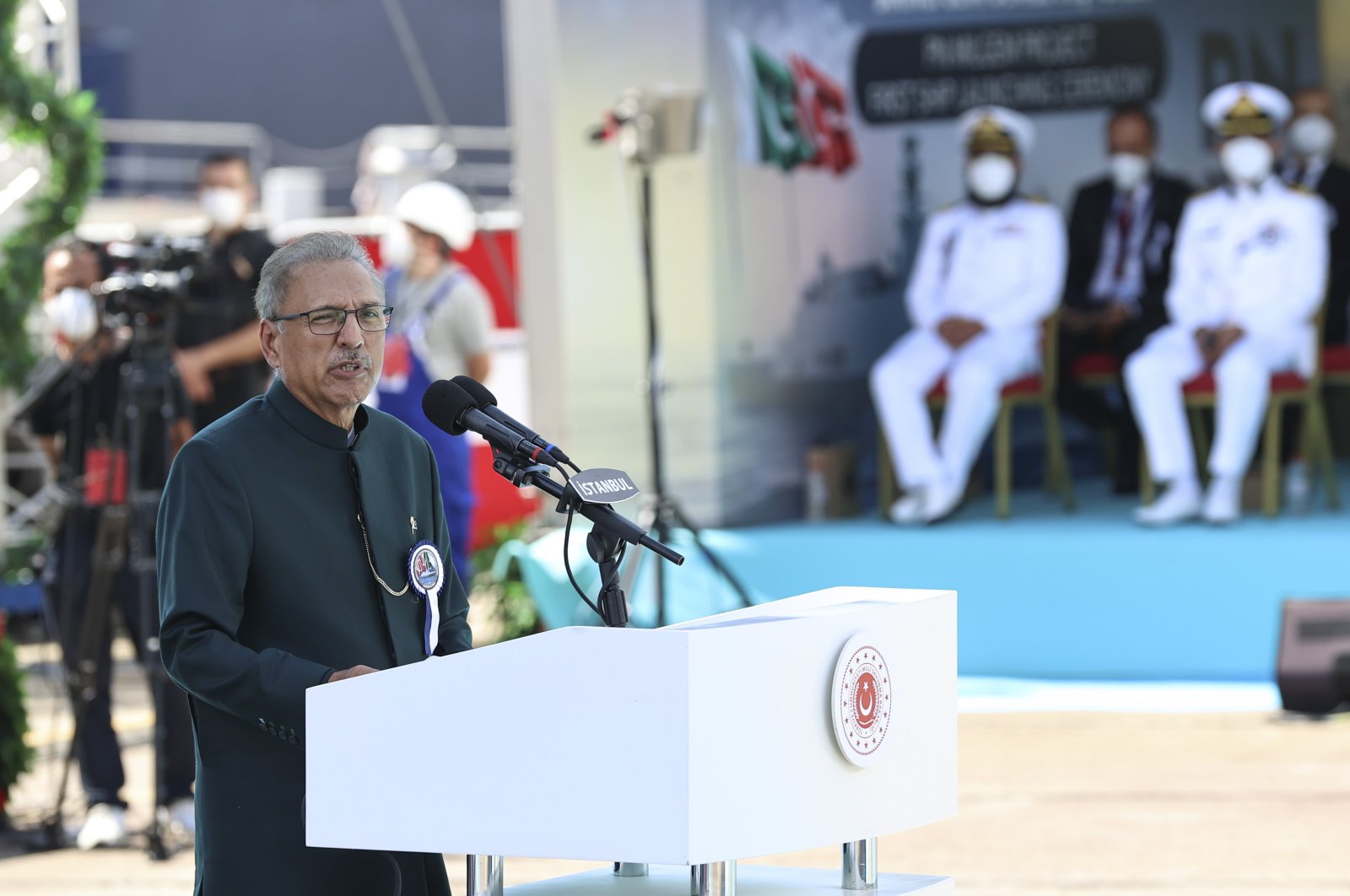 Alvi, who was in Turkey to attend the launching ceremony of the MILGEM-class corvette ship built by Turkey for Pakistan, said that although Pakistan and the TRNC have different cultures and languages, they are “one.”

“With our hearts, we stand in unity with the Turkish people,” the president said.

Turkey and the TRNC carry out diplomatic initiatives to gather support for an independent Turkish Republic of Northern Cyprus, something countries like Azerbaijan and Pakistan may recognize. In Geneva, the Turkish delegation told all parties that the only peace plan that Ankara and Lefkosa would be willing to accept involves the TRNC becoming a fully independent state with equal status and rights on the island.

The island of Cyprus has been divided since 1974, when a Greek Cypriot coup aimed at Greece's annexation of the island was followed by violence against the island's Turkish Cypriots and Ankara's subsequent intervention as a guarantor power.

Noting that Turkey and Pakistan have been raising their voice against xenophobia and Islamophobia, Alvi said President Recep Tayyip Erdoğan and Pakistani Prime Minister Imran Khan have been exerting efforts to fight such propaganda.

Earlier this year, Foreign Minister Mevlüt Çavuşoğlu announced that Turkey would prepare annual reports on acts of Islamophobia and racism in other countries, while work is ongoing to create a joint anti-Islamophobia English TV channel with Malaysia and Pakistan.

The decision was made during a trilateral meeting between Khan, Erdoğan and Malaysian Prime Minister Mahathir Mohamad in the 74th session of the United Nations General Assembly in New York City in 2019.