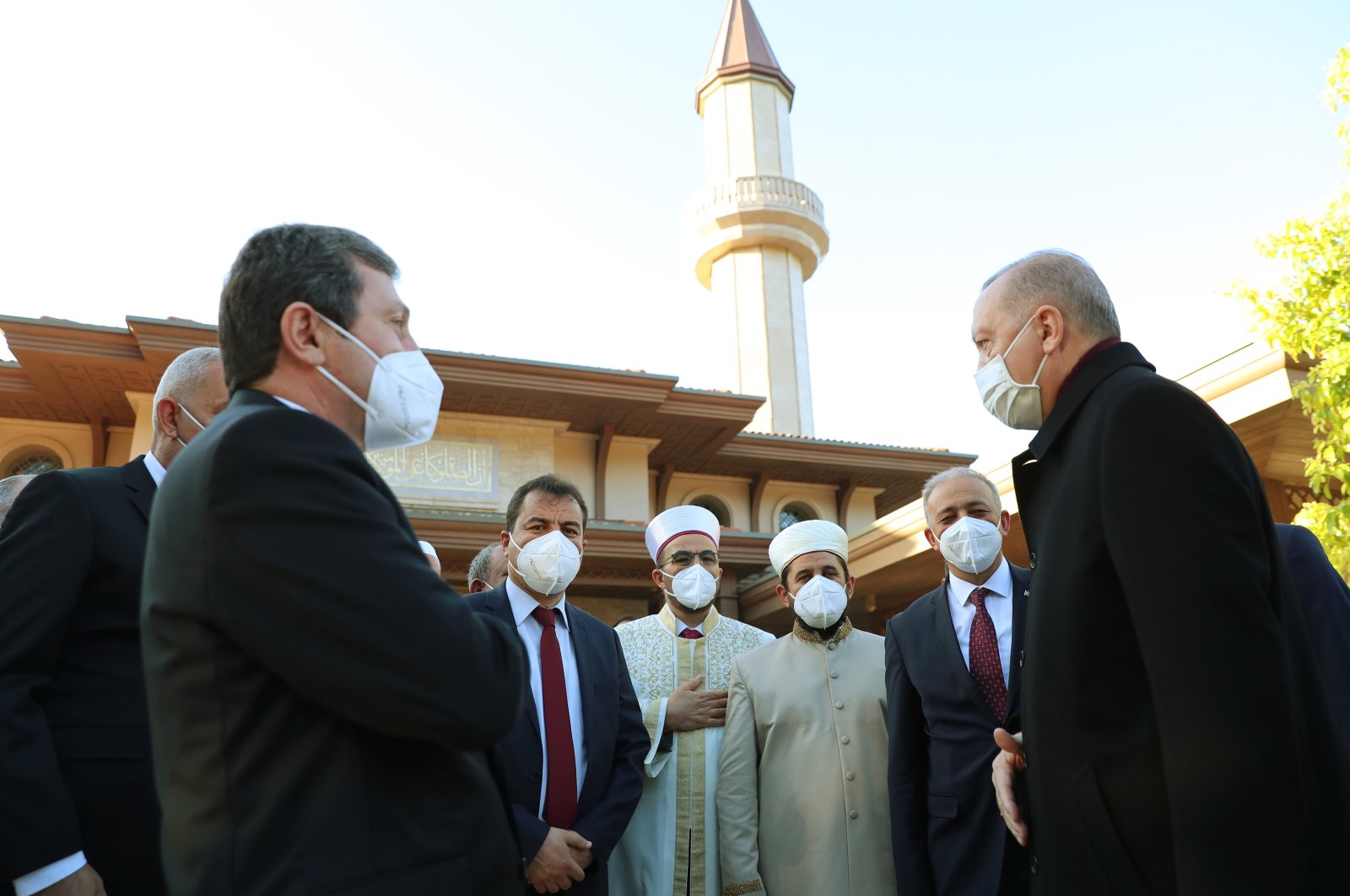 On the occasion of Ramadan Bayram, also known as Eid al-Fitr, President Recep Tayyip Erdoğan called for solidarity with Palestinians against Israel's recent aggression policy in phone calls with the leaders of Kyrgyzstan and Afghanistan as well as with Iraq's prime minister.

The Turkish Presidency said in a statement Thursday that in talks with Kyrgyz President Sadyr Zhaparov, Erdoğan "exchanged Eid al-Fitr greetings and discussed bilateral relations as well as regional developments."

"President Erdoğan stated that they wanted to see Kyrgyzstan alongside Turkey in the initiatives it had launched in the international arena in order for the necessary lesson to be given to Israel, which had been attacking the Al-Aqsa Mosque, Gaza and the Palestinians," the statement read.

The Turkish president also held a phone conversation with his Afghan counterpart Ashraf Ghani and wished him a happy bayram.

Erdoğan noted the importance of taking joint action at all relevant platforms to mobilize the international community in the face of Israel's "brutal" attacks.

Turkey will continue to stand by Afghanistan "in this critical period" as it has always, he added, referring to the escalation of violence and the ongoing peace process in the war-torn country.

Tensions have been running high since an Israeli court ordered the eviction of Palestinian families from the Sheikh Jarrah neighborhood of East Jerusalem, leading to Palestinian protests and Israeli attacks on civilians, including worshippers at Al-Aqsa Mosque.