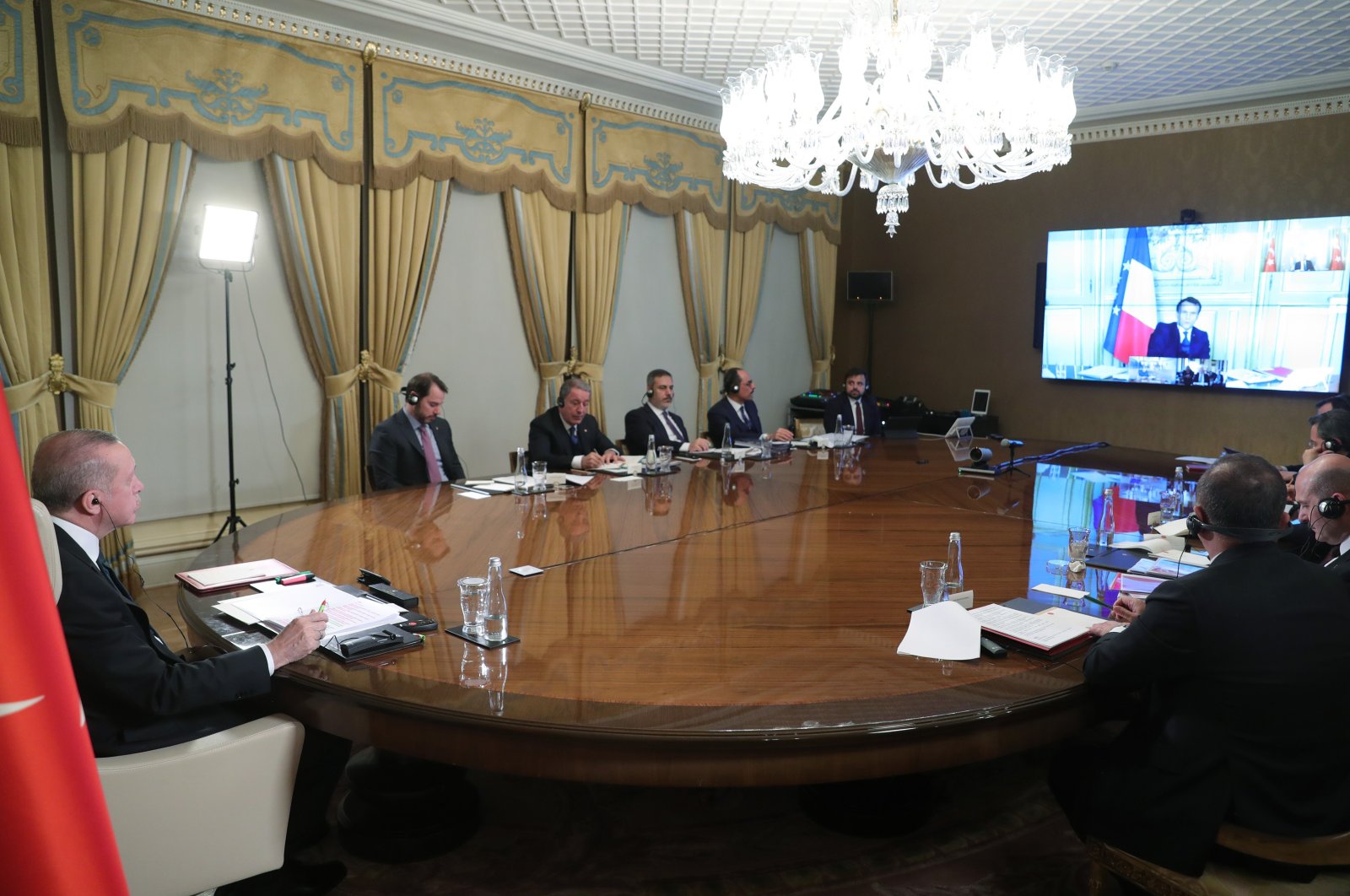 The video conference was chosen as the medium of communication due to the threat of coronavirus. The summit would have been held in Istanbul, if not for the pandemic.

The statement said that the four leaders discussed possible solutions for the crisis in Syria, possible ways to send humanitarian relief to the war-ravaged country’s northwestern Idlib province, the ongoing refugee movement towards Europe and possibilities for quadrilateral cooperation against the spread of the COVID-19.

The Presidency also said in the statement that the leaders further discussed the ongoing civil war in Libya, the state of Turkey - European Union relations and the current situation in Europe.