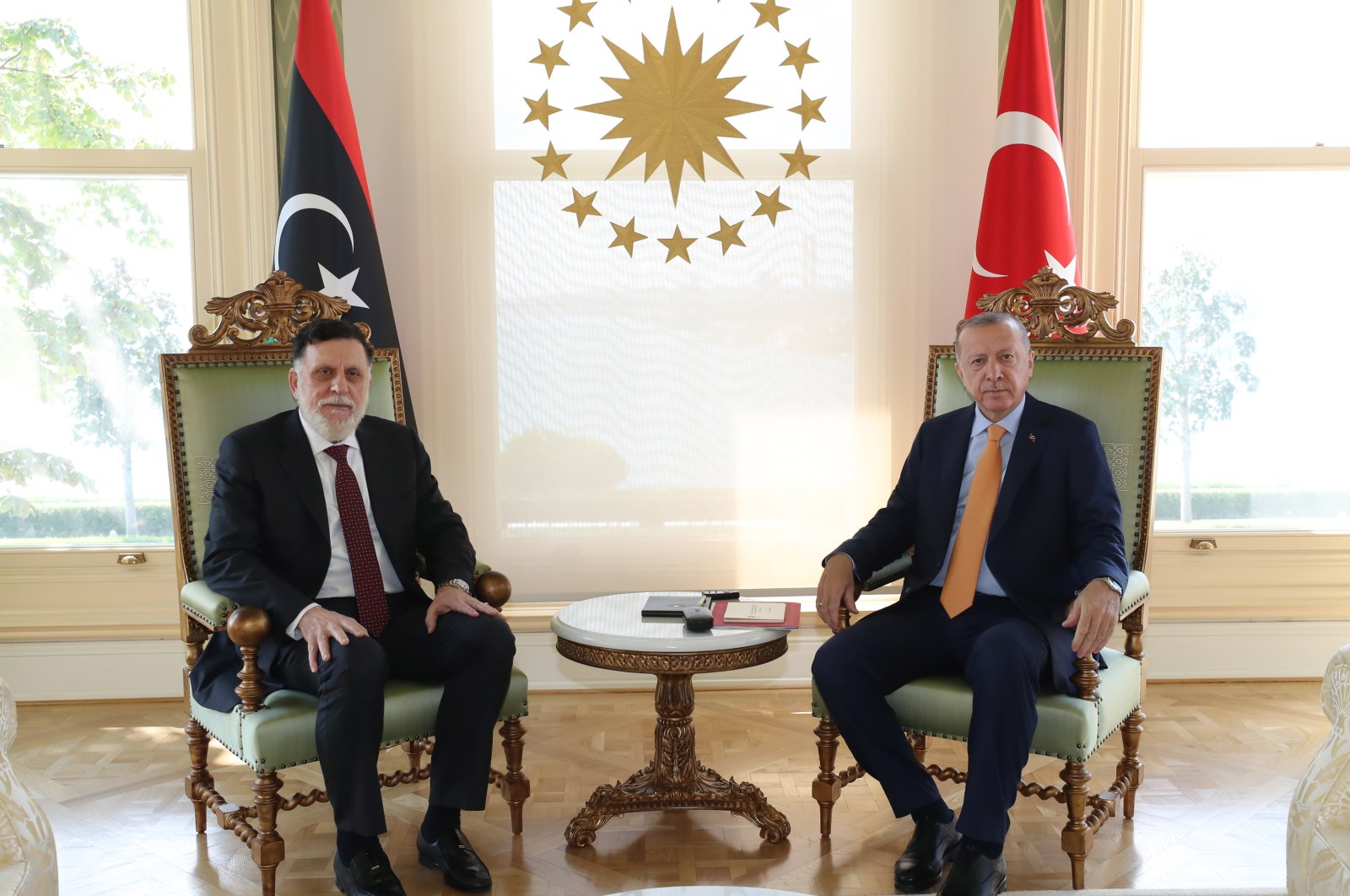 The two leaders held a “productive meeting” that would contribute to the peace, security and prosperity of the Libyan people, a statement by the presidency said.

President Erdoğan reiterated Turkey’s determination to stand in solidarity with the internationally recognized government in Libya and urged the international community to display a more principled stance in this regard.

Erdoğan highlighted that establishing peace and security in Libya will benefit all neighboring countries, including Europe.

The two leaders also discussed enhancing cooperation under the scope of mutual agreements and steps that need to be taken to protect Turkey’s and Libya’s rights in the Eastern Mediterranean, the statement said.

Libya has been torn by civil war since the ouster of late ruler Moammar Gaddafi in 2011.

The Government of National Accord (GNA) was founded in 2015 under a U.N.-led agreement. But efforts for a long-term political settlement have failed due to a military offensive by forces loyal to putschist general Khalifa Haftar, who is backed by Egypt, the United Arab Emirates and Russia.

Diplomatic efforts have been underway in recent weeks to reach a solution to the Libyan conflict following victories made by the Libyan Army against militias of Haftar.