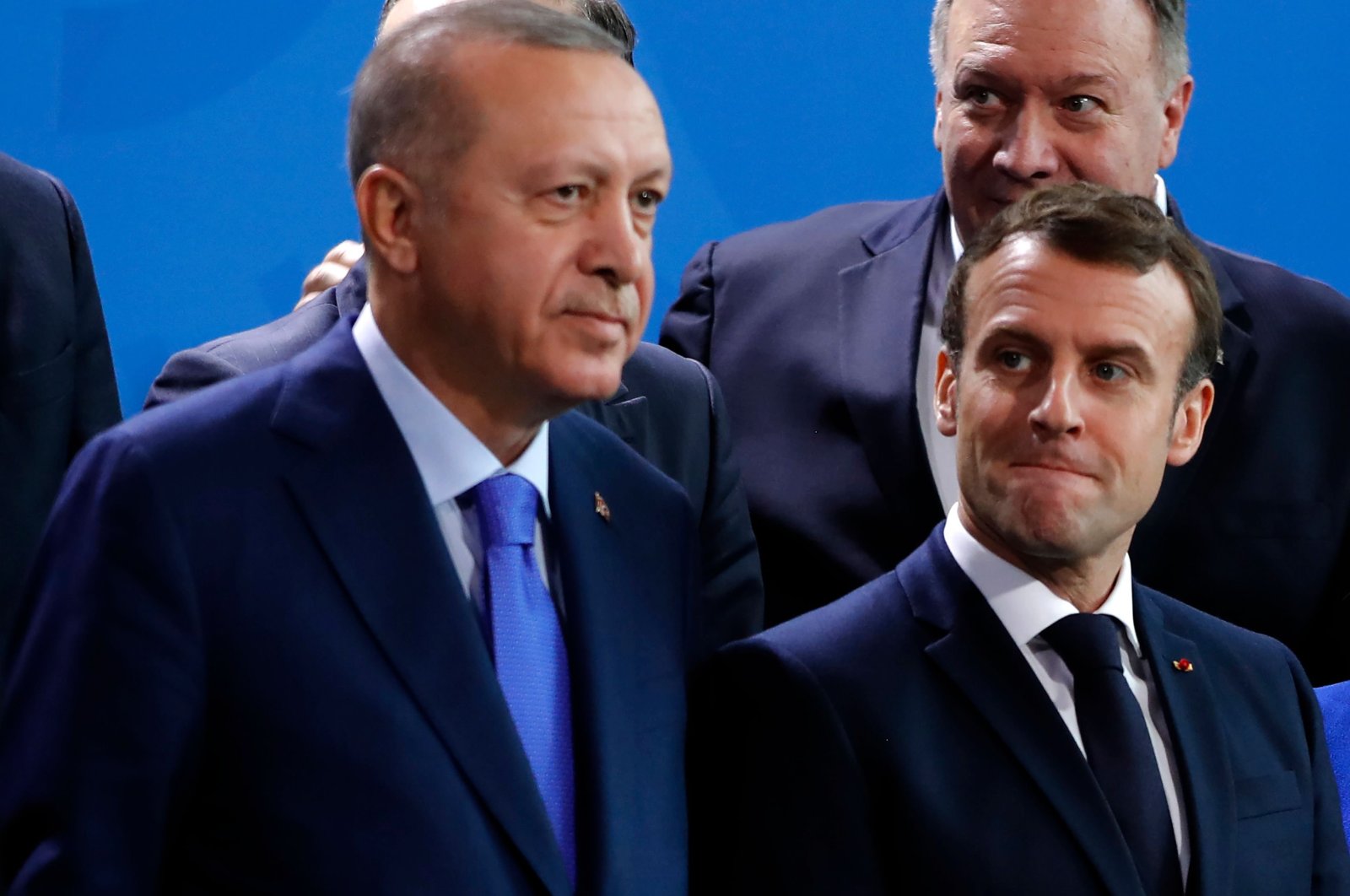 President Recep Tayyip Erdogan (L) and French President Emmanuel Macron standing side-by-side as they wait for the family picture during a Peace summit on Libya at the Chancellery in Berlin, Jan.19, 2020. (AFP)
by daily sabah Feb 05, 2021 5:11 pm

The French president still has not learned his lesson, President Recep Tayyip Erdoğan said on Friday, in response to Emmanuel Macron's recent calls for Turkey to withdraw troops from Libya.

"There are mercenaries who came from Chad, or Mali, where France has invaded. Macron needs to look at these first," Erdoğan said, following Friday prayers at the Hazreti Ali Mosque in Istanbul's Üsküdar district.

Libya's internationally recognized Government of National Accord (GNA) made a formal request for "air, ground and sea" support from the Turkish military to help fend off an offensive by forces loyal to putschist Gen. Khalifa Haftar, who was attempting to take control of the capital, Tripoli. Turkey supports the GNA, which is also backed by the United Nations, against Hafter's militia and mercenaries, which are supported by France, Russia, Jordan, the United Arab Emirates (UAE) and other key Arab countries.

Turkey has frequently voiced that French support has encouraged Haftar to insist on military means and further added to the pain and grievances of war-weary Libyans.