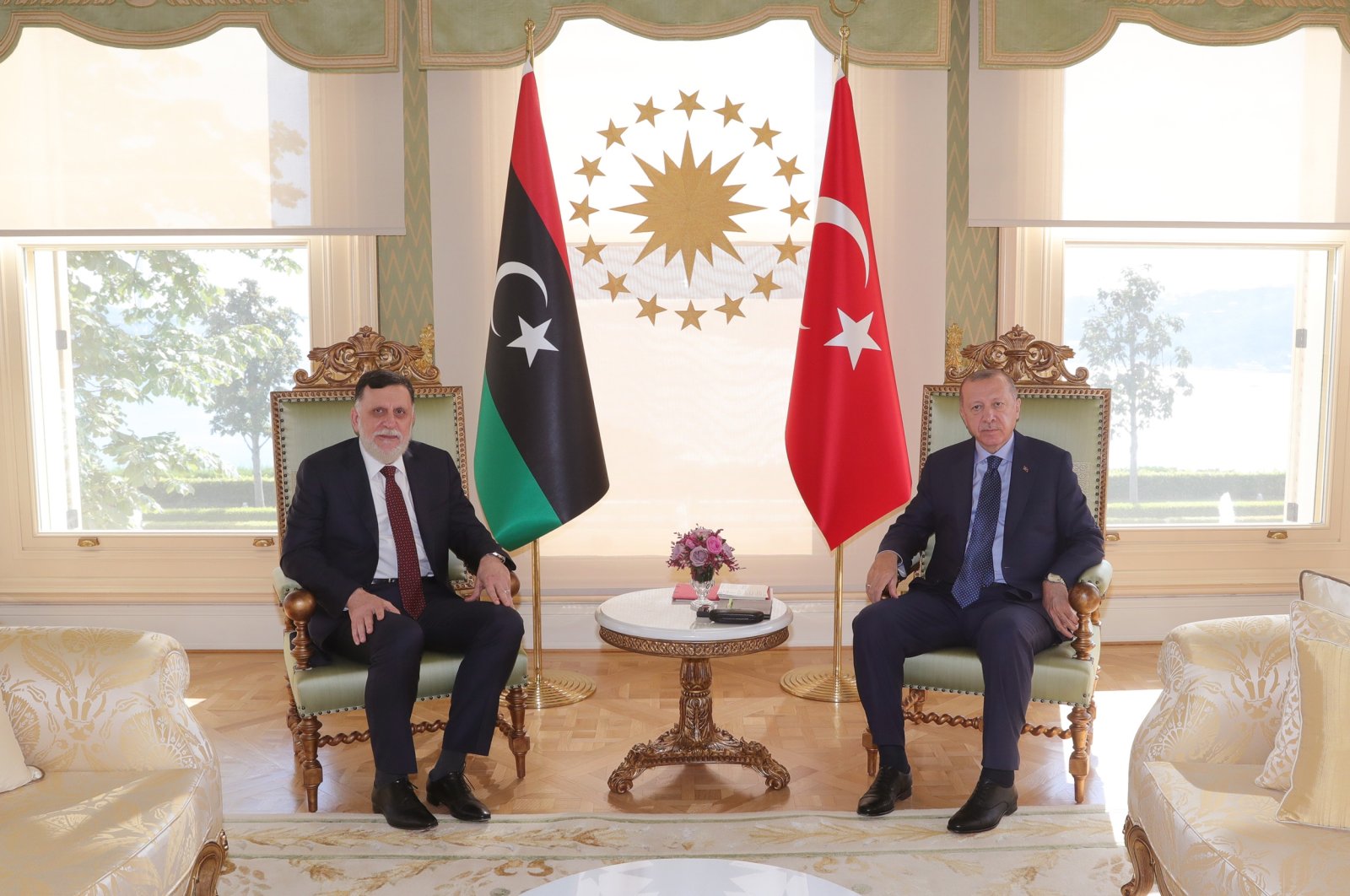 Erdoğan and Sarraj came together in a closed-door meeting

The two leaders discussed regional developments, the latest situation in Libya and the enhancement of cooperation in the fight against COVID-19, Turkey's Presidential Communications Directorate said.

It added that the two leaders had agreed to maintain dialogue toward a political solution in Libya.

Libya has been torn by civil war since the ouster of late dictator Moammar Gadhafi in 2011. The new government was founded in 2015 under a U.N.-led agreement, but efforts for a long-term political settlement failed due to a military offensive by forces loyal to putschist Gen. Khalifa Haftar.

The U.N. recognizes the government headed by Sarraj as the country's legitimate authority, as Tripoli has battled Haftar's militias since April 2019 in a conflict that has taken thousands of civilians' lives.

Saturday also saw Erdoğan speak with Italian Prime Minister Giuseppe Conte over the phone to discuss the furtherment of the two countries' cooperation on various issues.