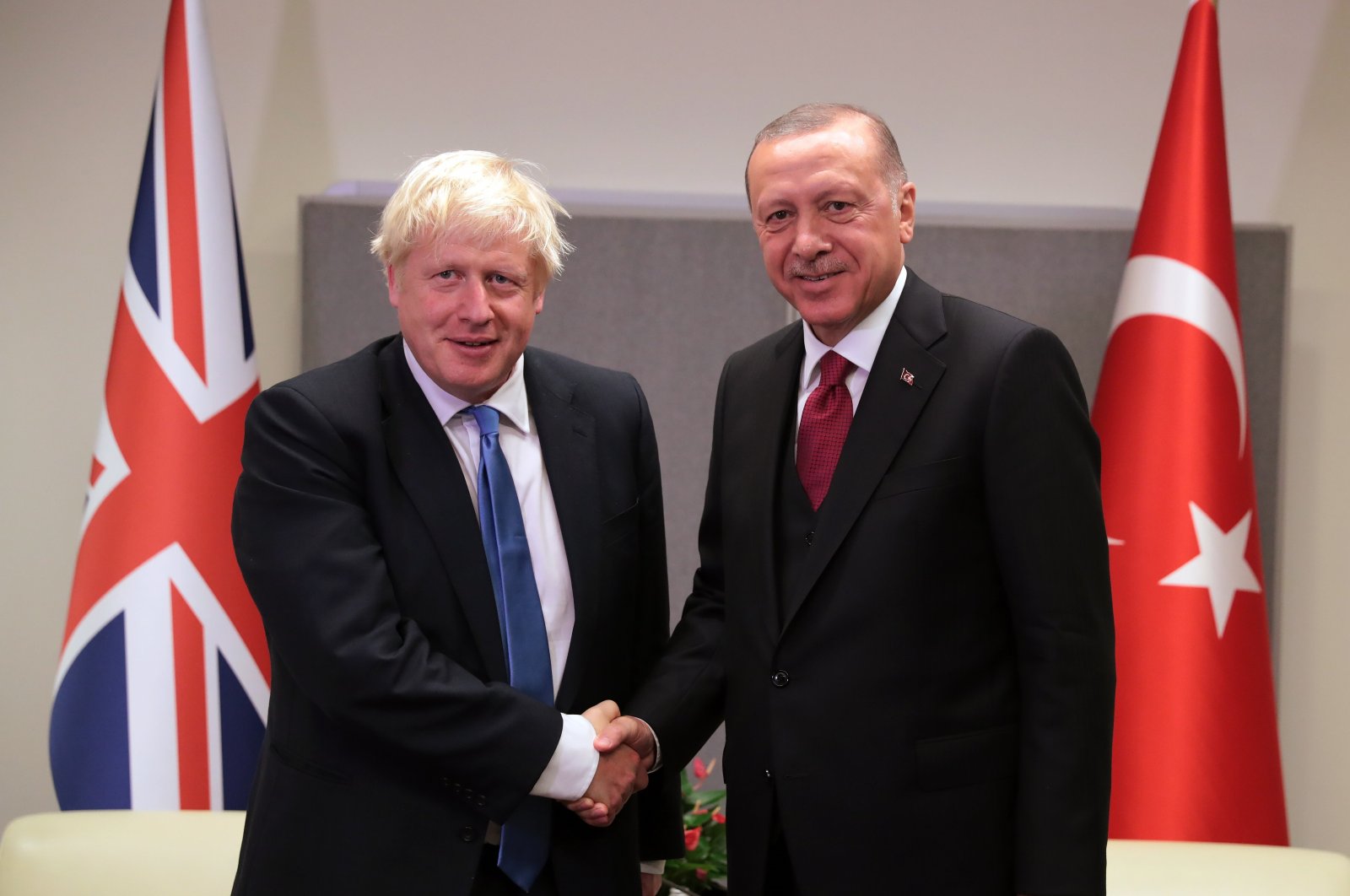 President Recep Tayyip Erdoğan spoke over the phone with U.K. Prime Minister Boris Johnson on Monday to discuss bilateral ties, tensions in the Eastern Mediterranean and the conflict between Armenia and Azerbaijan.

According to a statement from the Turkish Presidency, the two leaders discussed economic steps to reach a $20 billion trade volume between the two nations, as well as moves to further cooperation in the defense industry.

Apart from trade, Erdoğan and Johnson spoke about the conflict that erupted between Armenia and Azerbaijan on Sunday over the Armenian-occupied Nagorno-Karabakh region.

Tensions rose in the southern Caucasus between neighboring Armenia and Azerbaijan on Sunday morning over clashes in which Yerevan said Azerbaijani forces shelled the region of Nagorno-Karabakh, while Baku accused Armenian forces of shelling Azerbaijani military and civilian zones.

The two former Soviet countries have long been in conflict over the Azerbaijani territory of Nagorno-Karabakh, which is under illegal Armenian occupation, and border clashes in the region have intensified in recent months.

Azerbaijani sources said at least 18 have died in the two days since the fighting erupted, while the Armenian Defense Ministry announced 15 fighters were killed.

According to the Presidency, Erdoğan also urged Johnson to adopt a “balanced and objective” approach to the Eastern Mediterranean, where tensions between Turkey and Greece have flared up in the past few months over natural resources in the area.

The tone, however, has recently softened between Ankara and Athens, with the two agreeing to begin exploratory talks on their dispute.