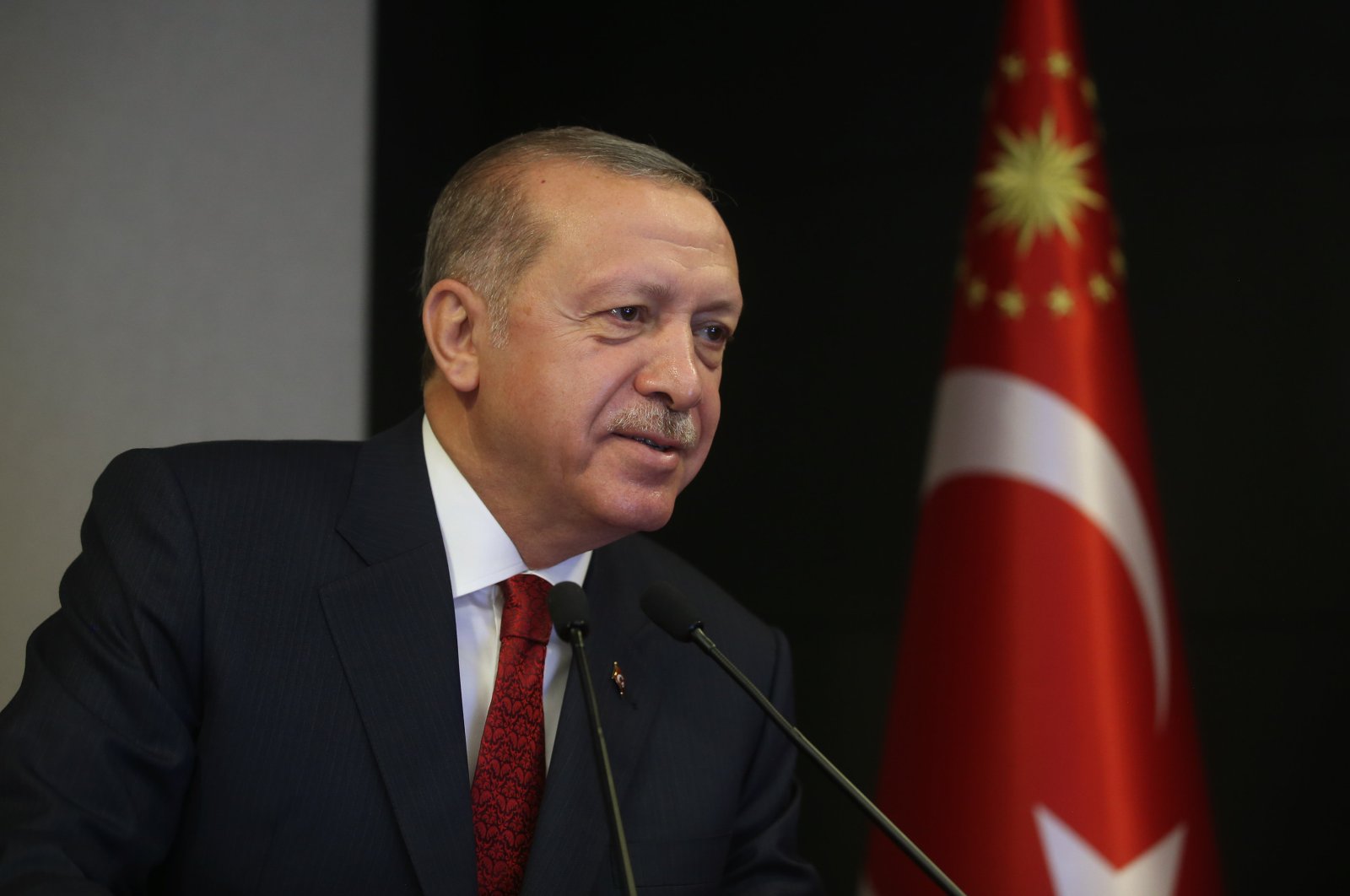 With Turkey entering a normalization period by removing many lockdown measures against the pandemic, President Recep Tayyip Erdoğan leaves the 82-day period behind with productive diplomacy traffic.

Since March 11, when the first coronavirus case in Turkey was confirmed, Erdoğan has been engaged in a busy diplomacy schedule during which he held numerous phone calls with various world leaders.

According to the information collected by Anadolu Agency (AA), during these diplomatic talks, apart from bilateral ties and regional developments, the topics related to the pandemic topped Erdoğan's agenda.

The president held his first phone talk with Russian President Vladimir Putin on March 12, and the Russian leader quickly became the one that he had the most talks with. The two leaders held four phone calls during this period, with bilateral cooperation being the main theme.

Erdoğan also had phone talks with NATO Secretary-General Jens Stoltenberg, European Council President Charles Michel and European Commission President Ursula von der Leyen. The president also sent a congratulatory address to some countries for their special days, including an address released for American Muslims for Ramadan Bayram, also known as Eid al-Fitr. He also condemned the killing of George Floyd by the police brutality in the U.S.

The president called the families of the coronavirus victims to express condolences as well as the patients themselves to boost their morale. He also had talks with the volunteers of the Vefa Social Support Group, terror-victim families, youth and sportsmen.

During this process, Erdoğan headed many meetings conducted through videoconferences, including Cabinet meetings. He also attended some events in person, particularly the inauguration ceremonies of new emergency hospitals as well others such as the opening ceremony of the Ilısu Dam Power Plant. The president himself attended the departure of Turkey's first local drilling ship Fatih as it headed for the Black Sea.

Lastly, he participated in the ceremonies for the 567th anniversary of the conquest of Istanbul.

When it comes to the summits, Erdoğan had a quadruple summit with Macron, Merkel and U.K. Prime Minister Boris Johnson on March 17. In the summit, the leaders discussed the cooperation during the pandemic, ways to solve the Syrian crisis, humanitarian aid opportunities for Idlib, the refugee crisis, the latest developments in Libya and the EU's future.

The president also attended the G-20 summit on March 26 with the agenda of coronavirus. On April 10, he participated in a Turkic Council meeting over the pandemic.

Erdoğan also made a series of condolence phone calls during the lockdown period. For instance, he talked over the phone with the head of the Nationalist Movement Party (MHP), Devlet Bahçeli, and Tuğrul Türkeş for the anniversary of the death of the founding head of the MHP, Alparslan Türkeş. He also expressed his condolences to the families of killed soldiers and police officers.