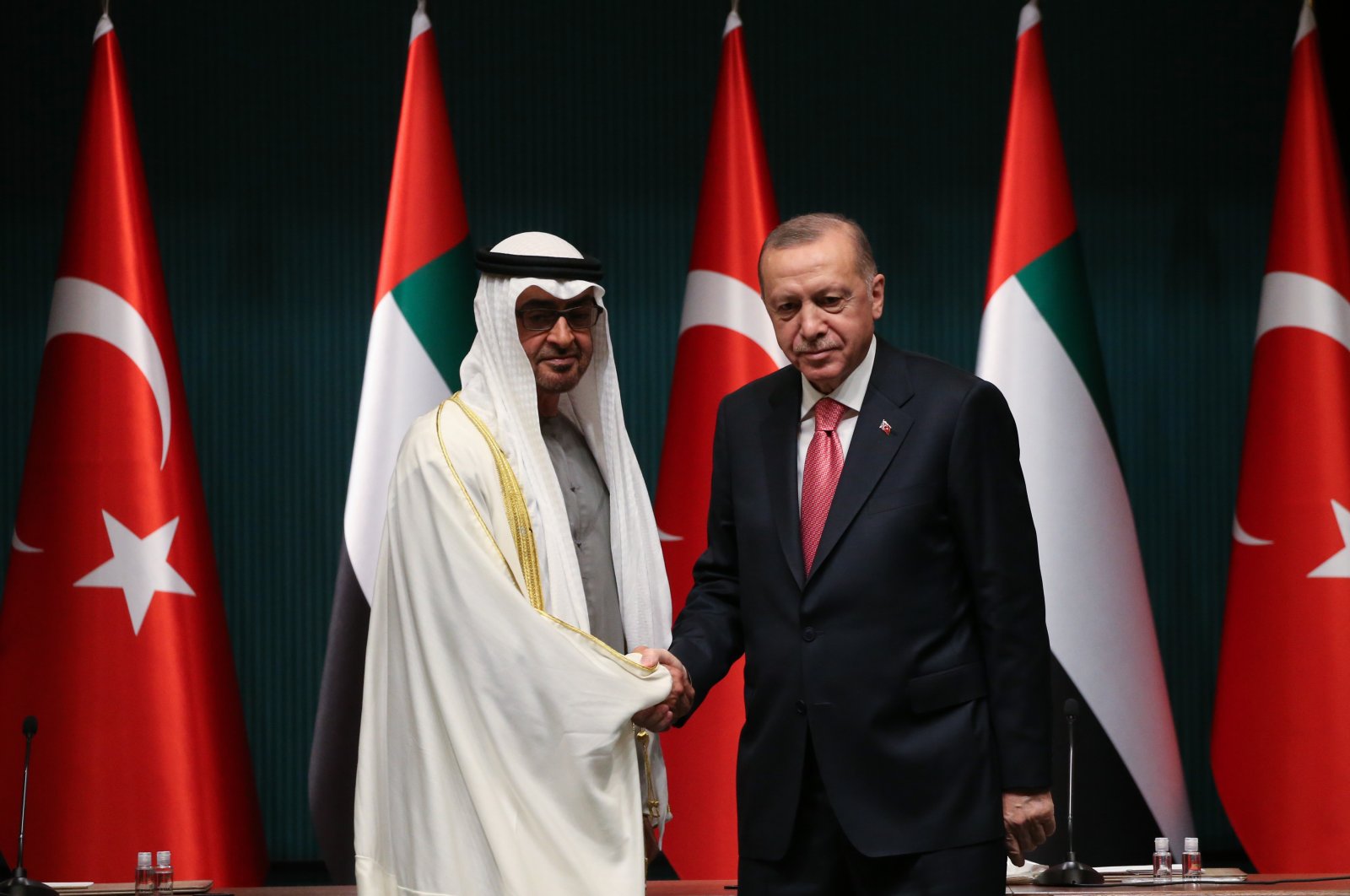 Releasing a series of messages on Twitter about the "important" visit, Altun said: "Turkey and the UAE (United Arab Emirates) have committed to strengthening their bilateral economic ties and taking advantage of regional cooperation opportunities. We believe this will be the beginning of a new era in Turkey-Gulf relations with implications for regional stability."

The bilateral agreements signed in areas of trade, energy and environment will improve the two regional powers' economic relations, he said, adding: "We hope that these will also further the cause of much-needed cooperation. Turkey will always be a force for stability and peace in the region.

"Investment deals between our stock market and port administrations in addition to agreements between private companies will enhance our economic outlook. Improving our trade ties in the coming years will be our top priority," he said.

Erdoğan on Wednesday met with MBZ in Ankara and discussed bilateral relations.

"We had fruitful discussions focusing on ways to strengthen relations between our countries," MBZ said on Twitter.

"I look forward to exploring new cooperation opportunities to benefit our two nations and advance our mutual development goals," the crown prince said.

The UAE media also said that the visit will carry the relations between Turkey and Arab countries into a new period.

Following one-on-one talks and meetings between the countries' delegations, Erdoğan hosted a dinner in MBZ's honor at the Presidential Complex.

This was his first official visit to Turkey since 2012, and the first top-level meeting between the UAE and Turkey in recent years.

Following his visit to Ankara, MBZ sent a telegram to Erdoğan, thanking him for the warm welcome and hospitality.

In his message, the crown prince said the visit provided the opportunity to discuss strengthening relations between the two countries in a way that would serve their common interests, benefit the two friendly peoples and fulfill their aspirations.

On Aug. 31, the Turkish president held a phone call with the crown prince in which they discussed bilateral relations and regional issues.

The Emirati state news agency WAM reported that the two discussed the "prospects of reinforcing the relations between the two nations in a way that serves their common interests and their two peoples."

Erdoğan previously said that the countries, which have been at odds over several issues, have made progress in bilateral relations in recent months.

Also, on Aug. 18, Erdoğan received the UAE national security adviser Tahnoun bin Zayed Al Nahyan at the Presidential Complex in Ankara, where they discussed bilateral and regional issues as well as UAE investments in Turkey.

The Arab quartet at the time demanded a series of reversals by Qatar, including the expulsion of Turkish troops, but Doha rejected the demands, which it saw as violations of its sovereignty. The dispute was resolved earlier this year with an agreement signed in Saudi Arabia.

The UAE's aggressive foreign policy led to its involvement in a Saudi-led coalition in Yemen that launched a devastating air campaign to roll back Houthi territorial gains in 2015, further escalating the crisis in the war-torn country. In Libya, Abu Dhabi backed putschist Gen. Khalifa Haftar who tried to oust the legitimate United Nations-recognized Government of National Accord (GNA). In Syria, it supported the Bashar Assad regime in its offensive against democracy and civil rights.