Erdoğan meets European, African leaders on the sidelines of UNGA 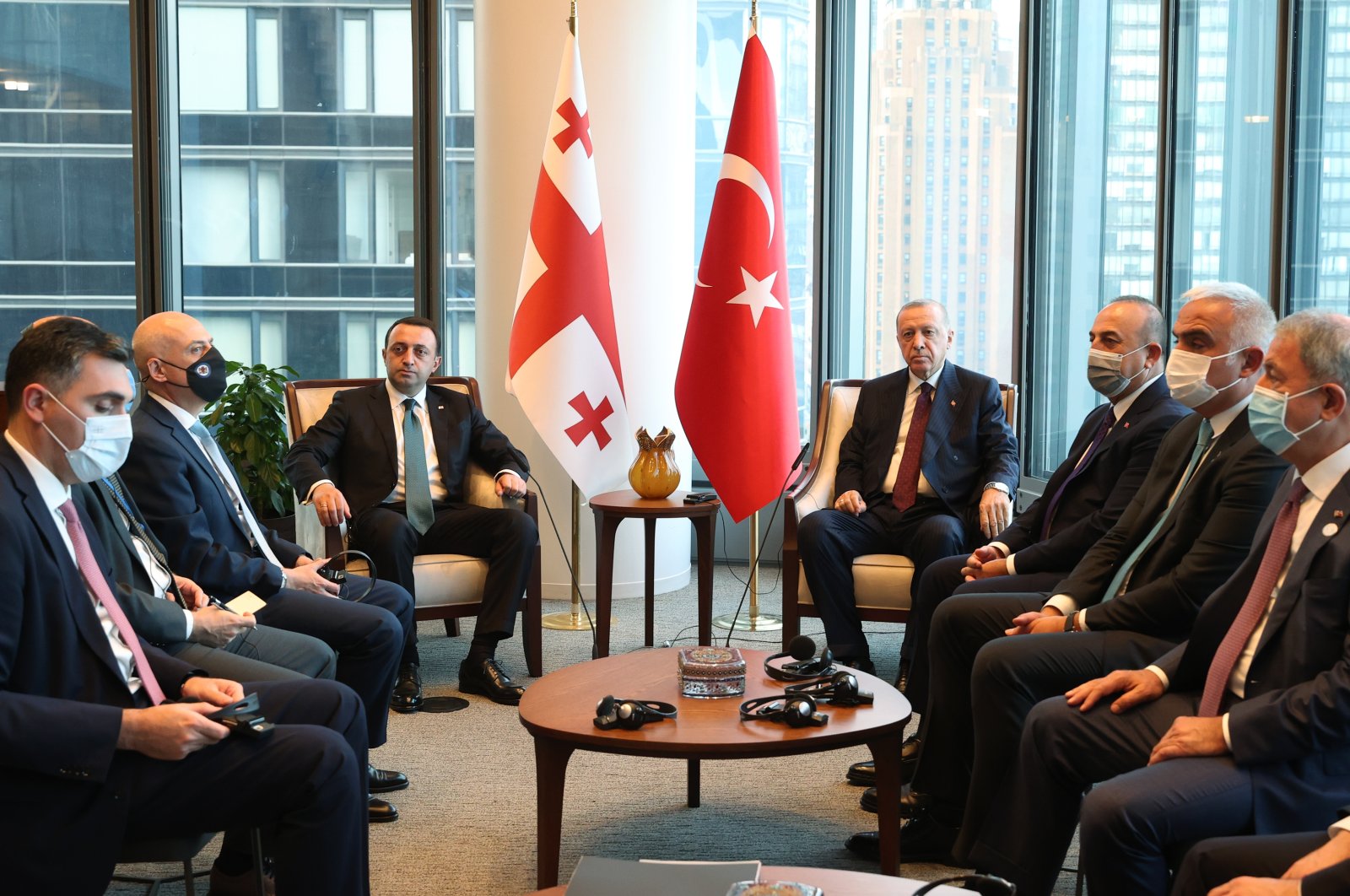 President Recep Tayyip Erdoğan held meetings with the leaders of several European countries and Africa in New York City, as part of his visit to the 76th session of the United Nations General Assembly.

He held another meeting with Guinea-Bissau's President Umaro Sissoco Embalo at the U.N.

The meetings were held separately behind closed doors for about half an hour.

Çavuşoğlu met with U.S. Secretary of State Anthony Blinken on the same day.

On Monday, Erdoğan received United Kingdom's Prime Minister Boris Johnson at the Türkevi in a meeting that lasted 40 minutes. Erdoğan also met Monday with the president of the 75th session of the U.N. General Assembly in New York. The closed-door meeting between Erdoğan and veteran Turkish diplomat Volkan Bozkır took place at Turkish House.