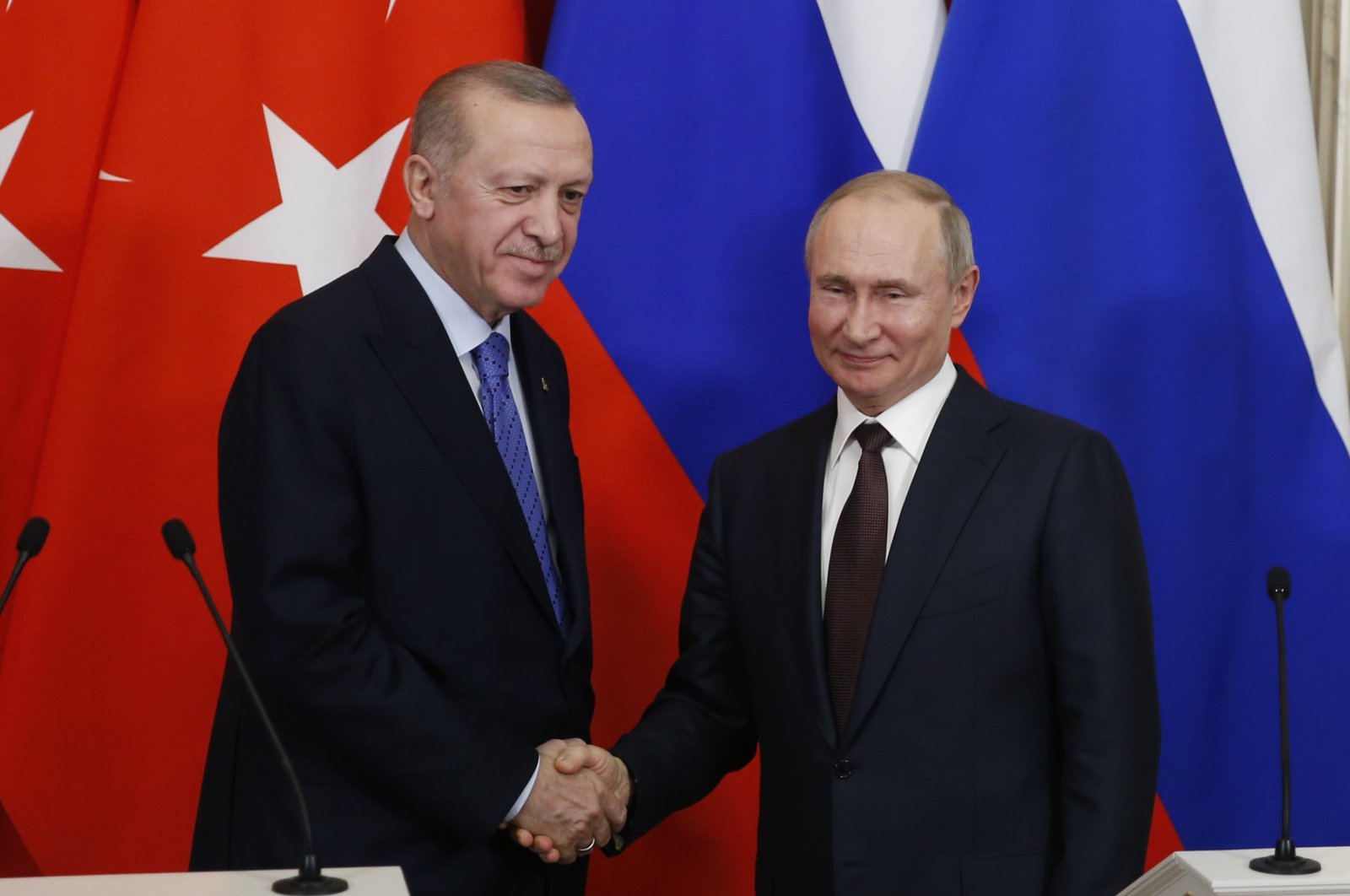 According to various sources, the ongoing fight against the coronavirus pandemic and Turkey-Russia bilateral relations were also discussed in the call.

Russia and Turkey have previously announced that they would embark on joint studies to develop a vaccine against the coronavirus.

Turkish Health Minister Fahrettin Koca and his Russian counterpart Mikhail Murashko met in a video call to discuss the issue. Russian scientists and officials from state-run Health Institutes in Turkey will hold talks on Thursday for their first meeting on the issue.

Following the ouster of late ruler Muammar Gaddafi in 2011, Libya's new government was founded in 2015 as part of a political deal led by the United Nations.

The government and the western parts of the country have been under attack by Haftar's forces since April 2019. Haftar is supported by Egypt and the United Arab Emirates as well as Russia.

In March, the Libyan government launched Operation Peace Storm to counter attacks on the capital and recently regained strategic locations, including al-Watiya air base and the strategic city of Tarhuna.

The Libyan Army has made significant military gains against Haftar's militias in recent days, capturing all the cities west of Libya down to the borders with Tunisia.

On Saturday, the army launched another military operation to liberate cities of eastern and central Libya from Haftar's forces, one day after capturing Tarhuna – the last stronghold of Haftar in western Libya.