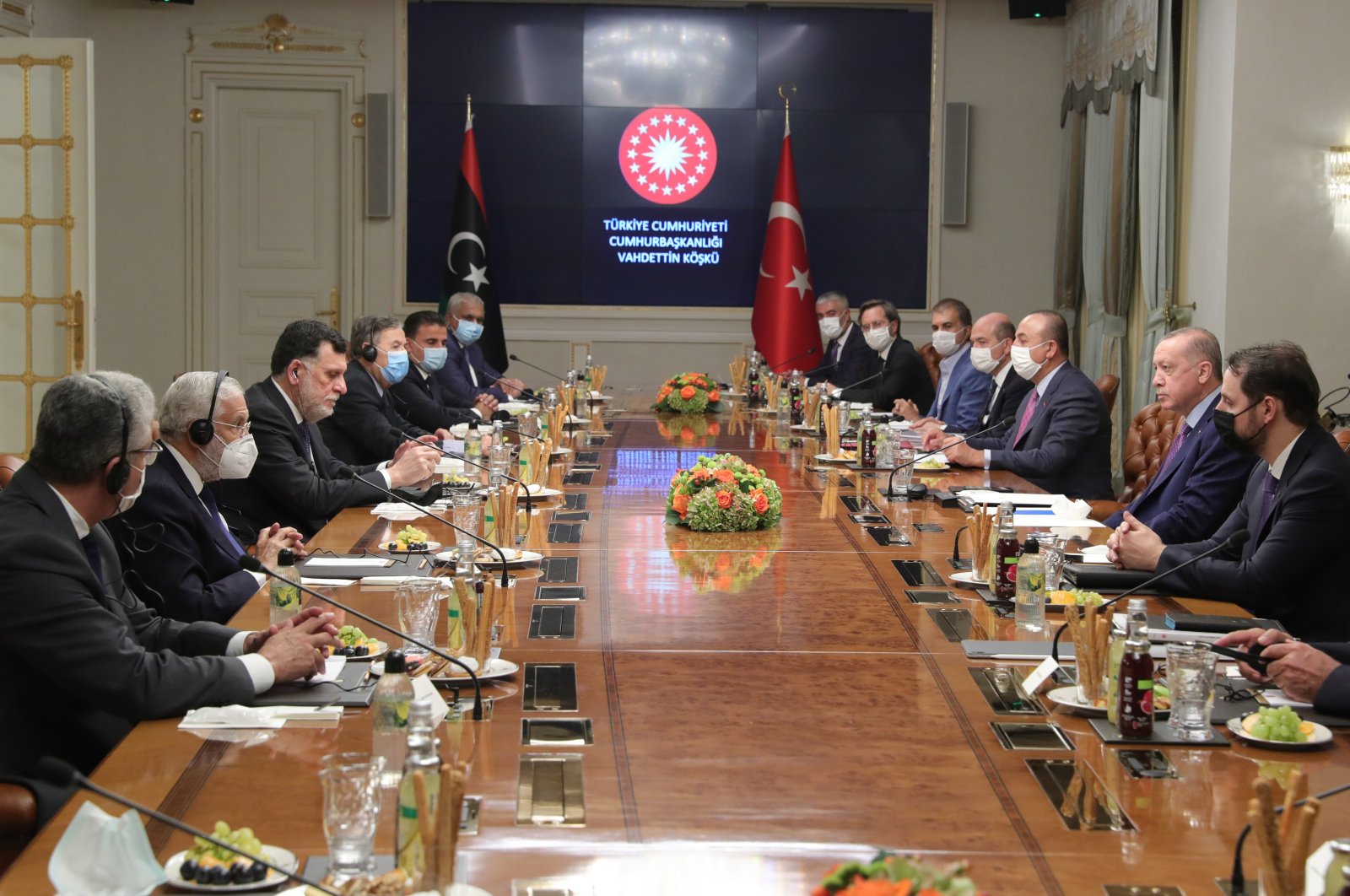 Erdoğan reiterated Turkey’s determination to stand in solidarity with Libya and enhance relations with the Government of National Accord (GNA), the only legitimate government in the country, as he said Turkey is ready to provide any support necessary to ensure stability and prosperity in the country.

The closed-door meeting, which started at 7 p.m. local time (1600 GMT) at the Vahdettin Mansion, lasted nearly an hour.

Later, the two sides' delegations also met for an hour and 30 minutes.

The GNA was founded in 2015 under a U.N.-led agreement. But efforts for a long-term political settlement have failed due to a military offensive by forces loyal to renegade Gen. Khalifa Haftar, who is backed by Egypt, the United Arab Emirates (UAE) and Russia.

Diplomatic efforts have been underway in recent weeks to resolve the Libyan conflict following victories made by the Libyan Army against Haftar's militias.