Erdoğan set to visit Kuwait after death of emir 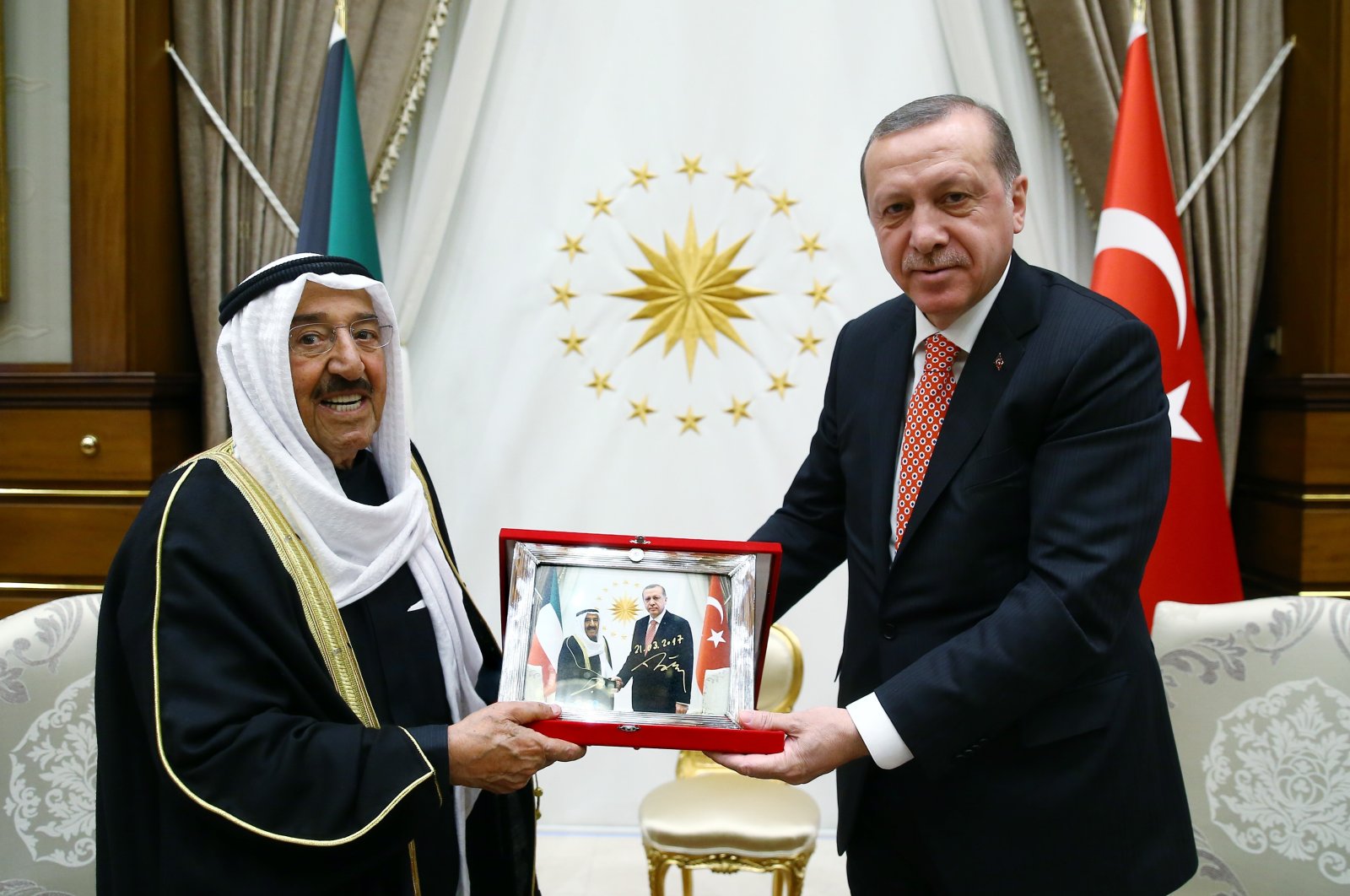 Erdoğan will offer his condolences on the death of the Gulf Arab state's former ruler who died at the age of 91 after ruling the country since 2006.

In the meeting, it is expected that bilateral relations and regional issues will be discussed. It was also reported that Erdoğan may go to Qatar after his visit to Kuwait and meet with the ruling Emir Tamim bin Hamad Al Thani.

Foreign Minister Mevlüt Çavuşoğlu traveled to Kuwait last week to offer condolences on the death of the Gulf state's emir.

"In #Kuwait to convey our condolences on behalf of (Turkish) President @RTErdogan and the Turkish nation," Çavuşoğlu wrote on Twitter.

Çavuşoğlu also visited the new emir and offered condolences to the Sabah family.

"We offered the condolences of (Turkish) President Recep Tayyip Erdoğan and our nation to the new Emir Sheikh Nawaf. We extend our condolences to the people of Kuwait; our friends, brothers, and sisters," Çavuşoğlu said in a tweet.

In a statement, Erdoğan had said he received the news of the emir's demise with "great sadness."

"On behalf of the Turkish nation, I convey my sincere condolences to the friendly and brotherly people of Kuwait."