Erdoğan slams US over sanctions threats 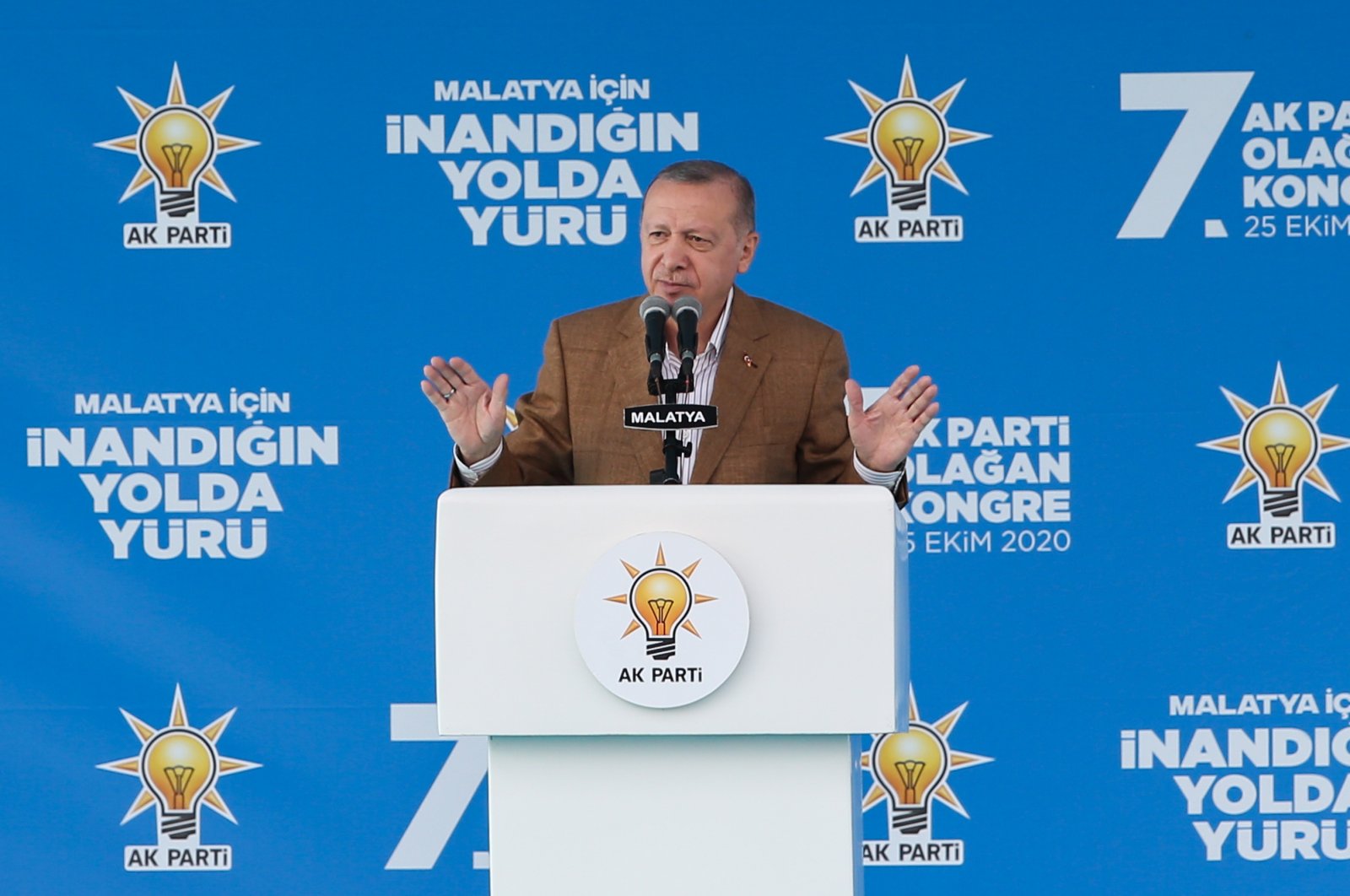 "Some Americans call my brother Ilham (Aliyev) and tell him that if Turkey stands by Azerbaijan, they will impose sanctions on Turkey," President Recep Tayyip Erdoğan said on Sunday. The comments were in regard to Turkey's support of Azerbaijan amid clashes over Nagorno-Karabakh with Armenian separatists and the acquisition of Russian S-400 missile defense systems, both reasons the president said the U.S. is using as a pretext to impose sanctions on Turkey.

"The U.S. does not know who they are dealing with. Impose the sanctions already, whatever they may be," he said during a local congress of his ruling Justice and Development Party (AK Party) in eastern Turkey's Malatya province.

"The U.S. wants us to send the Russian S-400 missile systems back. We are not a tribal society; we are the (sovereign) nation of Turkey," Erdoğan further stated.

Turkey and Azerbaijan sustain a strong diplomatic relationship, based on the "one nation, two states" principle.

Many Turkish officials including Erdoğan have vowed full solidarity with Azerbaijan as Yerevan continues its illegal occupation of Azerbaijani lands.

Vice President Fuat Oktay said last week that Turkey would not hesitate to send troops and provide military support for Azerbaijan if Baku were to request it.

The disputed Nagorno-Karabakh is internationally recognized as Azerbaijani territory.

Nagorno-Karabakh lies within Azerbaijan but has been under the control of Armenian separatists, backed by Armenia, since a war there ended in 1994. The current fighting that started on Sept. 27 marks the biggest escalation in the conflict since then.

Two Russia-brokered cease-fires were violated immediately after coming into effect, and the warring parties have continued to trade blows using heavy artillery, rockets and drones.

Azerbaijan's President Ilham Aliyev has said in order to end hostilities, Armenian forces must withdraw from the illegally occupied Nagorno-Karabakh.