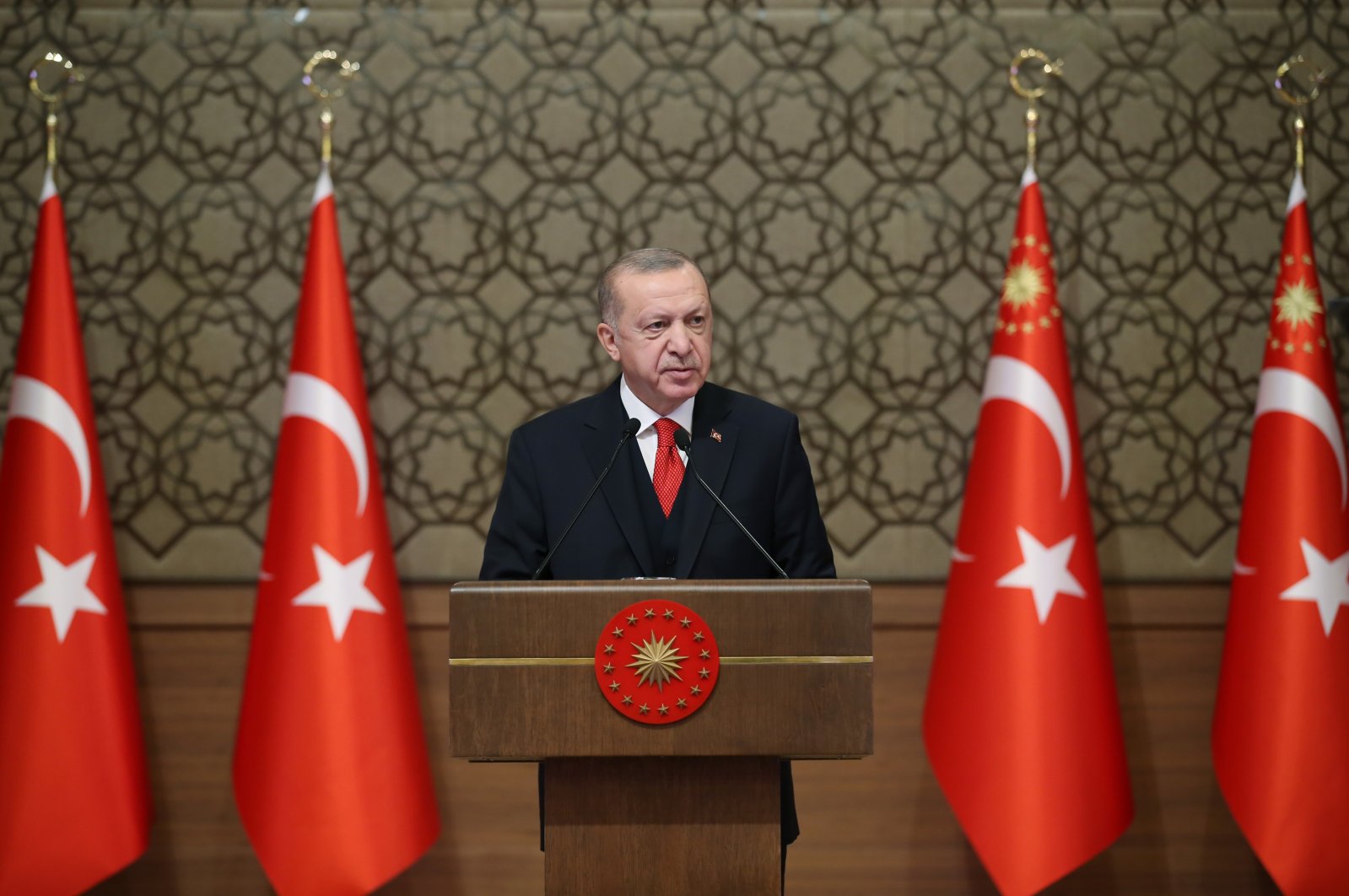 President Recep Tayyip Erdoğan criticized Western countries for allowing foreign terrorist fighters to freely carry out activities and accused the European Union of “strategic blindness” that has forced the bloc to part ways with Turkey.

“We cannot understand how foreign terrorist fighters deported by Turkey can freely carry out activities in Western countries,” Erdoğan said at the 12th Ambassadors Conference at the Presidential Complex in Ankara.

He was referring to Western countries’ indifference toward YPG/PKK terrorists and their poor handling of Daesh terrorists.

A Daesh terrorist who recently carried out an attack in Vienna last week was handed to Austrian authorities by Turkey, only to be released shortly afterward, showing the incapability of European states to subdue foreign fighters.

Austrian authorities confirmed that the 20-year-old assailant was known to police as he was arrested last year for attempting to travel to Syria to join the Daesh terrorist group.

Paris and Brussels attackers were also deported by Turkey.

Since the beginning of the Syrian civil war in 2011, nearly 5,000 foreign fighters traveled from the European Union to conflict areas in Syria and Iraq, according to estimates by the European Union Agency for Law Enforcement Cooperation, better known as Europol.

Turkey has long criticized European authorities for tolerating PKK activities on the continent and has pressured them to take stricter measures against the propaganda, recruitment and fundraising activities of the group.

According to research published in July, the PKK terror group’s affiliates in Syria have recruited many Western individuals from far-right and far-left organizations including Antifa groups operating in European countries, the U.S., Canada and Australia.

Erdoğan continued by saying that Turkey hopes that the EU will immediately overcome its “strategic blindness” that has been pushing the bloc to part ways with Ankara.

Back in April 2019, French President Macron hosted a delegation of the so-called SDF, which is dominated by the YPG terrorist group.

“We could not have given consent to the disregard of our country, which carries the burden of all types of developments in the Eastern Mediterranean when natural resources were at stake,” Erdoğan told the ambassadors, adding that Turkey has remained cool and patient despite provocations by Greece and the Greek Cypriot administration.

He continued by saying that all sides need to understand that the language of blackmail will not get anyone anywhere, and Turkey’s recent gas discovery in the Black Sea has strengthened the country’s hand in the matter.

Greece and other countries have tried to minimize Turkey's maritime territory and deny the country's right to explore for energy sources, leading to Ankara's opposition. Athens is disputing Turkey's current search for resources in the Eastern Mediterranean by attempting to box in Ankara's sea boundaries based on the proximity of small Greek islands next to the Turkish coast.

He continued by highlighting the necessity of fighting Islamophobia as part of Turkey’s responsibility toward its citizens living abroad.

“Islamophobia and xenophobia have become an existential threat for the Turkish diaspora living abroad. Mosques and other places owned by Muslims are frequently targeted in anti-Islam attacks,” he said.

The president also reiterated Turkey’s determination to strive to take steps to enhance the mechanisms at regional and global organizations.

Touching upon the recent peace initiative in Libya, Erdoğan said Turkey’s efforts have significantly contributed to efforts in the war-torn country.

“Turkey’s intervention in Libya has remarkably contributed to the ongoing political solution and peace process in the country,” he said, as the U.N.-led direct political talks between Libya's rival sides kicked off in neighboring Tunisia on Monday, with a goal of drawing a road map to presidential and parliamentary elections.

Turkey has been supporting the U.N.-backed Government of National Accord (GNA) in Libya, while France, Egypt, Greece and the United Arab Emirates (UAE) support the putschist Gen. Khalifa Haftar.

In the face of Haftar’s aggressions, Ankara and the Tripoli-based government last year reached two separate memorandums of understanding (MoU), one on military cooperation and the other on the maritime boundaries of countries in the Eastern Mediterranean.

Within this scope, Turkey has been providing military training to Libyan soldiers.

The latest political talks, part of a multitrack process also involving military and economic negotiations, aim to unify the country under a single executive and pave the way for national elections.