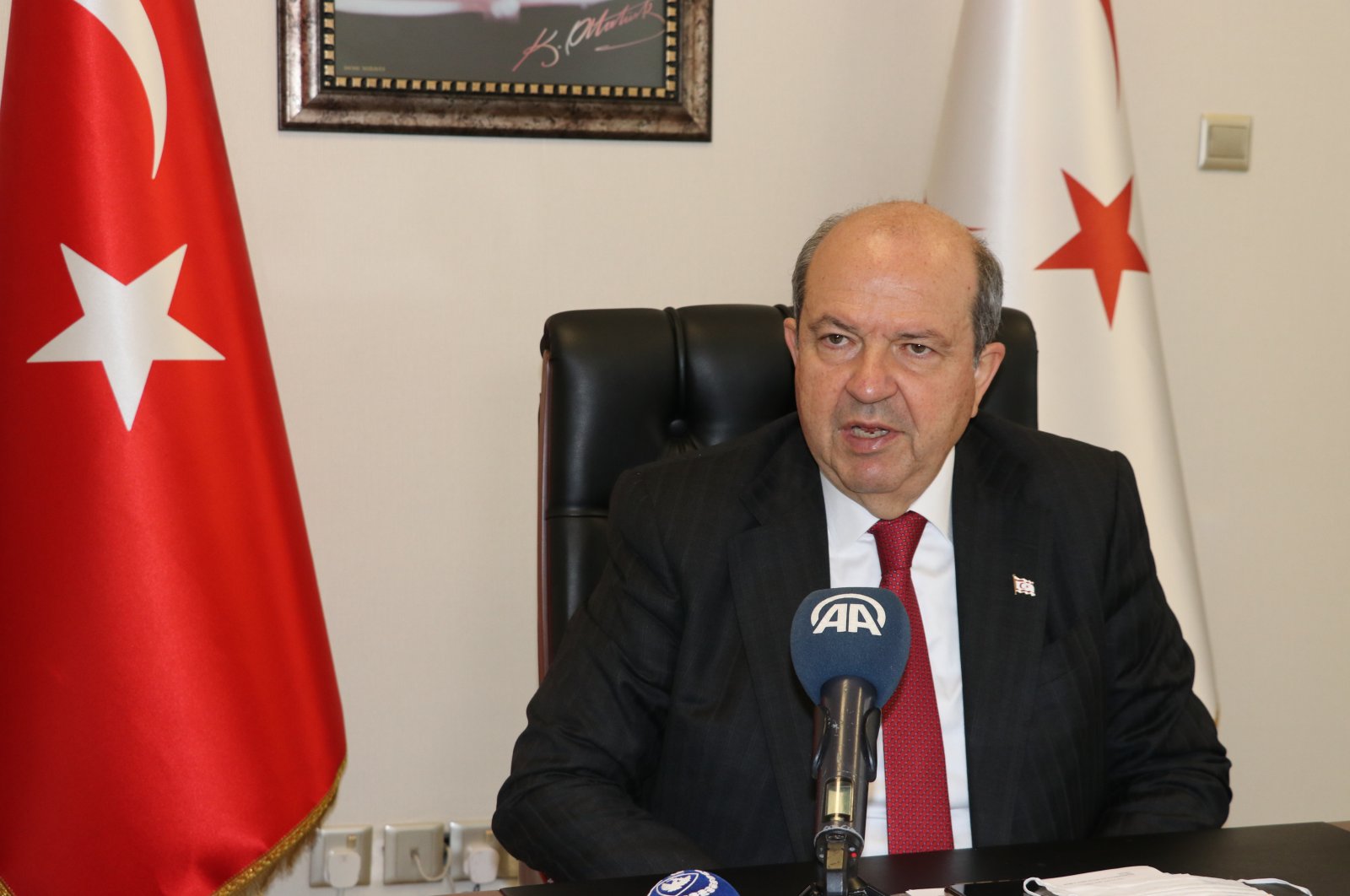 President Recep Tayyip Erdoğan continues to stand by the people of Turkish Cyprus as he always did, Turkish Republic of Northern Cyprus (TRNC) Prime Minister Ersin Tatar said Wednesday.
Speaking to Demirören News Agency (DHA), Tatar evaluated a phone call he had with with Erdoğan on Tuesday.

“We conducted a very sincere conversation. Mr. President stated that he always stands by us and congratulated the steps we have taken in our country. He also said that they will always continue their support to the people of Turkish Cyprus,” he said.

Underlining the importance of Erdoğan’s support, Tatar thanked Turkey on behalf of the people in the TRNC.

According to the statement by Turkey’s Communications Directorate, Erdoğan stated that Turkey will continue to support the TRNC in their fight against the coronavirus. The two leaders also discussed bilateral relations and regional issues.

The latest attempt to resolve the problem in Switzerland failed in 2017, and recent tensions in the Eastern Mediterranean have further complicated efforts for a settlement.

Turkey's intervention as a guarantor power in 1974 had stopped yearslong persecution and violence against Turkish Cypriots by ultra-nationalist Greek Cypriots.
The Turkish Republic of Northern Cyprus (TRNC) was founded in 1983.