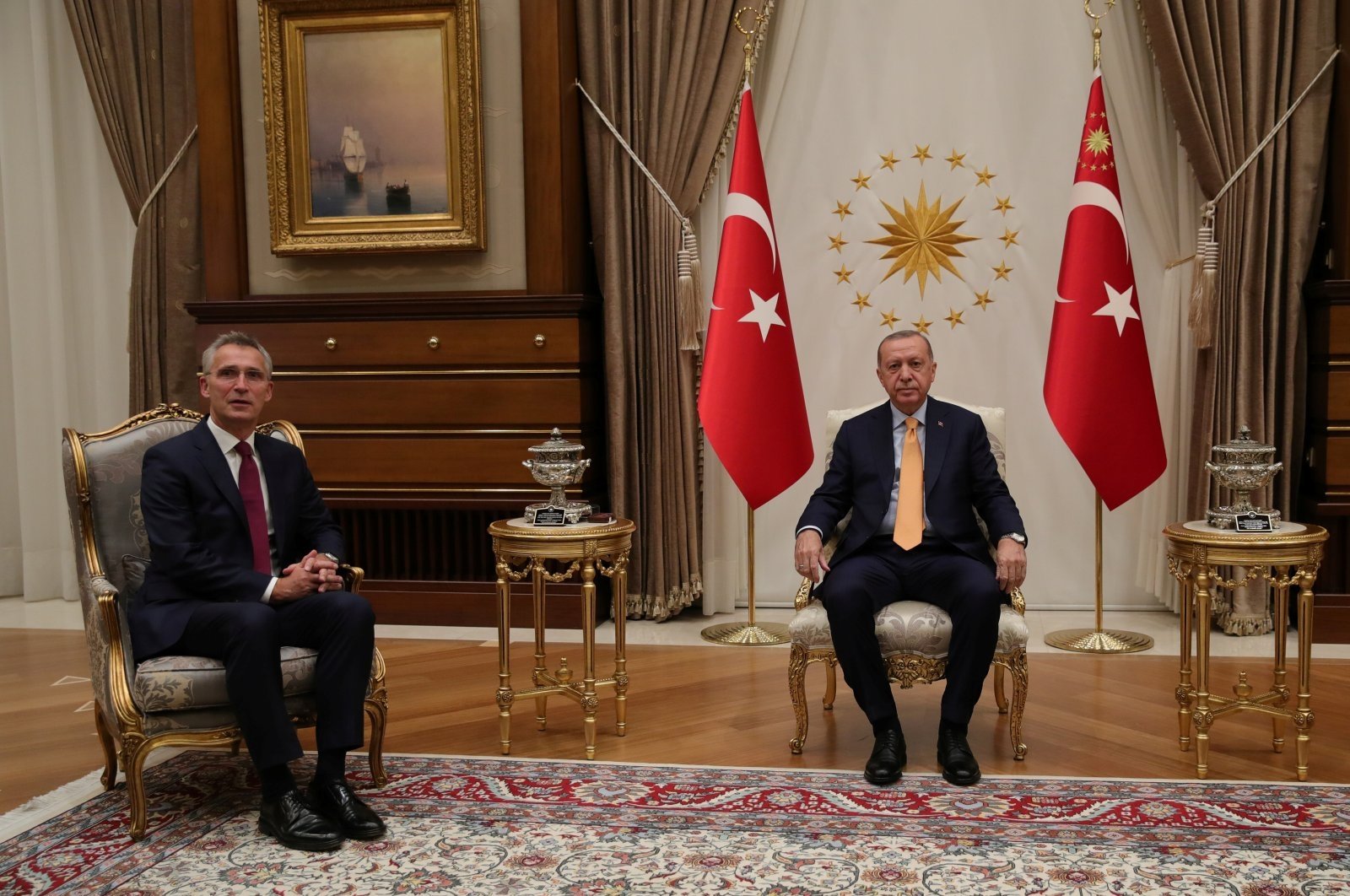 Erdoğan underlined that thanks to Turkey’s constructive steps and insistent calls, there is calm in the Eastern Mediterranean and Aegean.

The NATO chief and Turkish president also discussed the recent developments in Libya. Erdoğan underlined that support in the fields of security and defense must be given to the recently elected interim government while he indicated that the agreements struck between Ankara and Tripoli serve this purpose. Erdoğan met with Libyan Prime Minister Abdul Hamid Mohammed Dbeibah in Ankara on Tuesday and reiterated that the November 2019 maritime deal with Libya secured the national interests of both countries.

The joint statement signed by both countries affirmed the importance of preserving sovereignty, independence, territorial integrity and political unity throughout Libya. It noted that the only legitimate leadership structures in the country are the Presidential Council and the Government of National Unity (GNU).

Selected through a United Nations-led process, Libya’s new unity government, the GNU, was sworn in on March 15. It is derived from two rival political groups that had ruled the country's eastern and western regions, completing a smooth transition of power after a decade of violent chaos.

Afghanistan was another issue on the agenda as Erdoğan stated that NATO has to support Afghanistan in the most effective way using its capabilities. Preparations are underway for the Afghan peace talks conference in Turkey expected to be held next week.

Regarding the increasing tensions in eastern Ukraine, Erdoğan stressed that the crisis must be solved through dialogue on the basis of Ukraine’s territorial integrity and the Minsk agreement.

Tensions recently increased in the Black Sea region due to a rise in cease-fire violations in eastern Ukraine, where Russia-backed separatists and Ukrainian forces have been locked in a conflict since Moscow’s 2014 annexation of Ukraine’s Crimean Peninsula. Turkey wants the tensions between Russia and Ukraine to end as soon as possible, within the framework of international law and respect for territorial integrity, Defense Minister Hulusi Akar said Tuesday.

The Kremlin has maintained that Russia is free to deploy its troops wherever it wants on its territory and has repeatedly accused the Ukrainian military of “provocative actions” along the line of control and of planning to retake control of the regions by force.