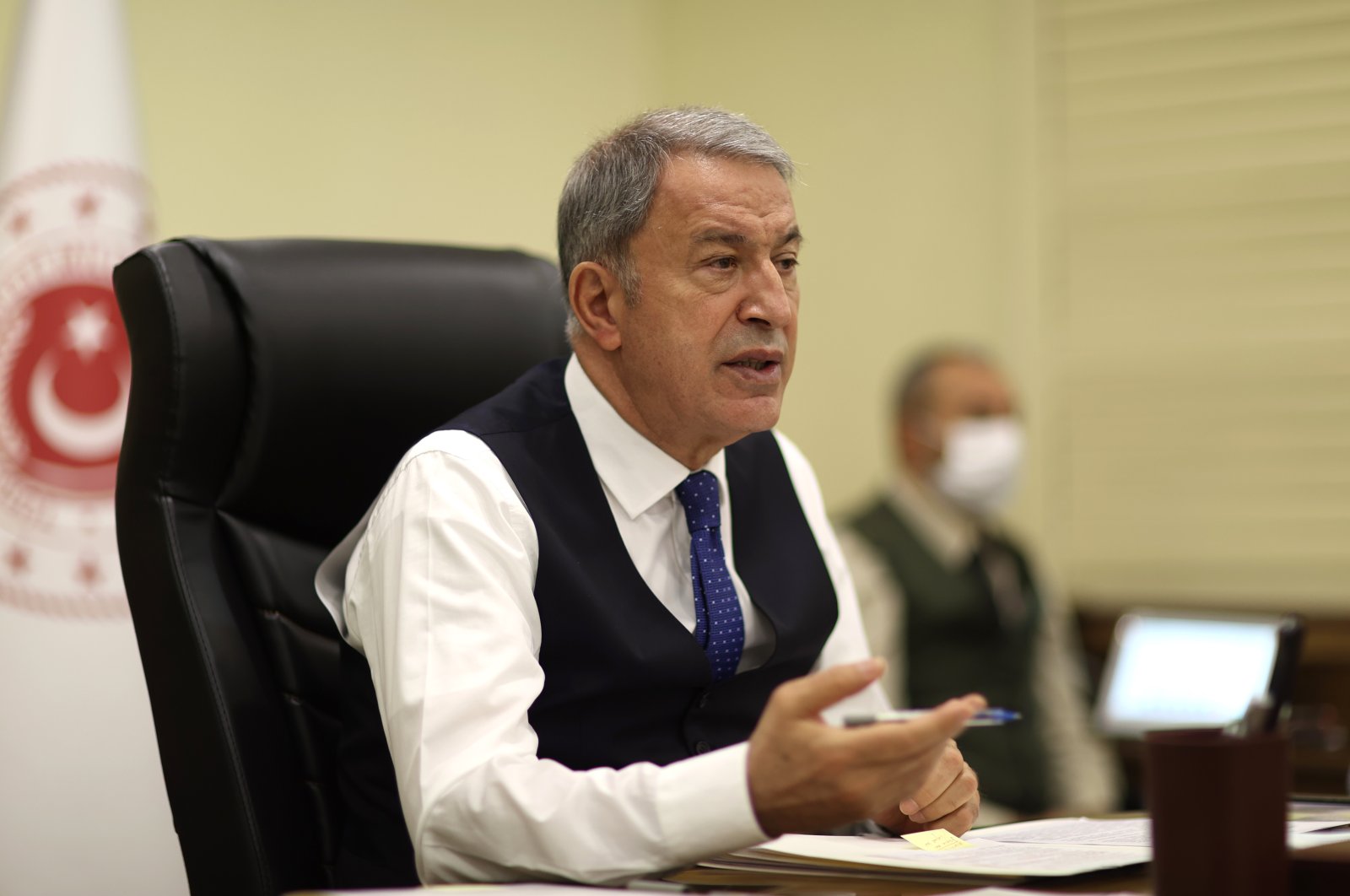 Turkey wants the tensions between Russia and Ukraine to end as soon as possible, within the framework of international law and respect for territorial integrity, Defense Minister Hulusi Akar said Tuesday amid a rise in cease-fire violations in eastern Ukraine, where Russia-backed separatists and Ukrainian forces have been locked in a conflict since Moscow’s 2014 annexation of Ukraine’s Crimean Peninsula.

Turkey closely watches developments in Ukraine, Akar said during a videoconference with Turkish force commanders and underlined that Ukraine was a strategic ally.

“We, as the state, made our declarations on the security, territorial integrity and peace of them (Ukraine). We said we closely follow the future and presence of Crimean Tatars there,” Akar said.

“Therefore, as Turkey, we will give all kinds of support to solving this issue with peaceful means through ensuring dialogue.”

More than 14,000 people have died in fighting in eastern Ukraine since 2014, and efforts to negotiate a political settlement have stalled.

NATO Secretary-General Jens Stoltenberg expressed the Western military alliance’s “unwavering” support for Ukraine and warned Moscow on Tuesday not to push its troop buildup along Russia's border with the neighboring country.

“Russia has moved thousands of combat troops to Ukraine’s borders, the largest massing of Russian troops since the illegal annexation of Crimea in 2014. Over the last days, several Ukrainian soldiers have been killed in eastern Ukraine,” he said.

Ukraine has said Russia has accumulated 41,000 troops at its eastern border and 42,000 more in Crimea. The numbers are likely to grow as the troops keep arriving.

The Kremlin has maintained that Russia is free to deploy its troops wherever it wants on its territory and has repeatedly accused the Ukrainian military of “provocative actions” along the line of control and of planning to retake control of the rebel regions by force.

Kremlin officials charged that Kyiv’s actions have threatened Russia’s security, warning that Russia may intervene to protect Russian speakers in the east.

"Tensions in eastern Ukraine can be resolved peacefully through dialogue, in line with international law and Ukraine's territorial integrity. Our primary goal is for the Black Sea region to be a basin of peace," Erdoğan said at a joint press conference with Zelenskiy.

He reiterated Turkey’s decision to not recognize the annexation of Crimea, saying that Ankara supports Ukraine's Crimea Platform initiative.