Erdoğan thanks Russia's Putin for supporting fight against wildfires 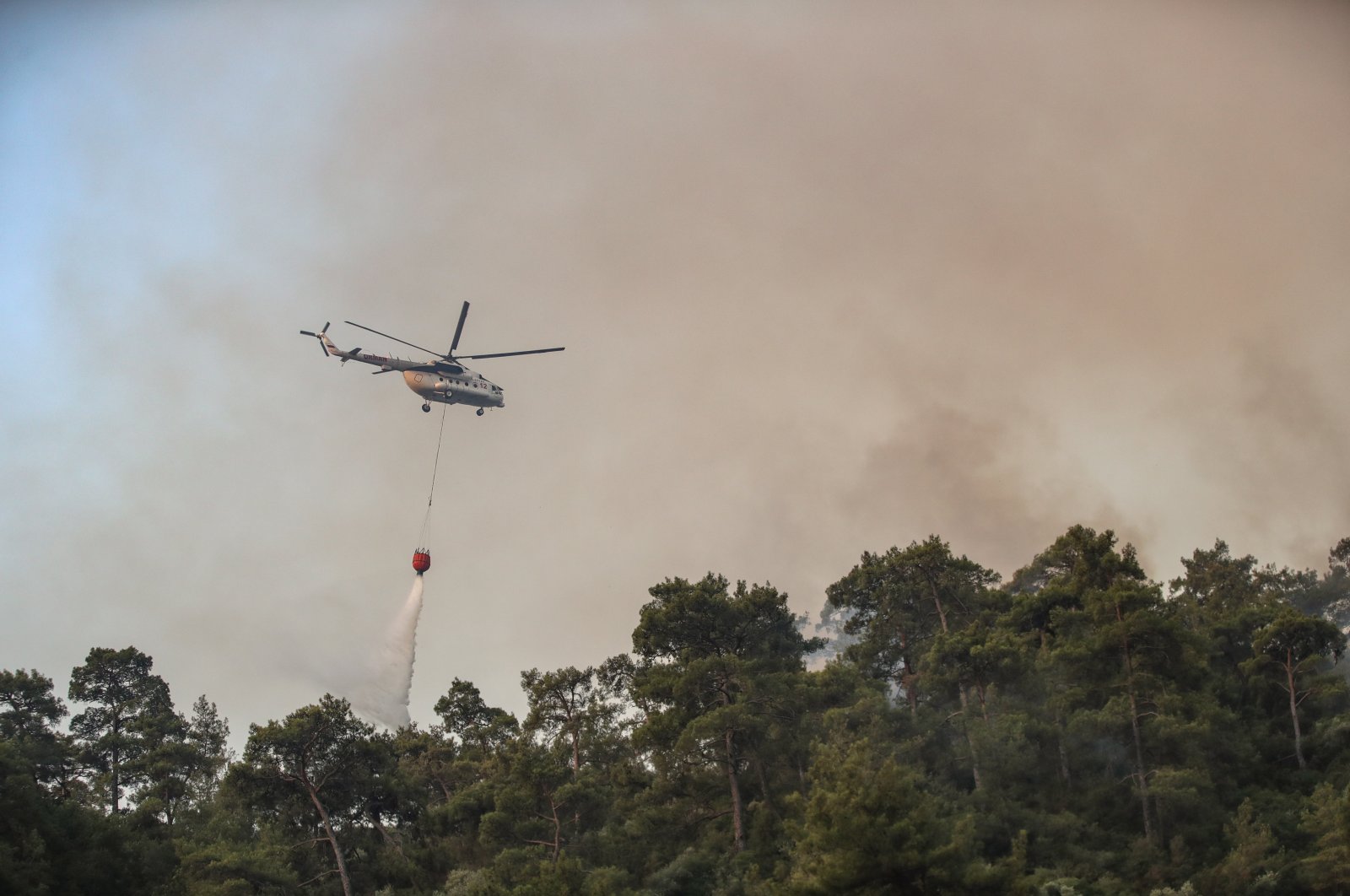 Erdoğan thanked Putin for Russia's allocation of five firefighting aircraft and three more helicopters to support Turkey's fight against forest fires across the country, according to a statement.

Issues that will improve Turkey-Russia relations were also discussed by the two leaders, it added.

At the request of the Turkish government, a total of 11 aircraft will be sent to Turkey to put out the forest fires near residential units and tourist areas, said the ministry in a written statement.

The group of air vehicles belongs to the Russian Defense Ministry and the Emergency Situations Ministry, it also noted.

The country's death toll due to forest fires since Wednesday rose to six.

Turkish Agriculture and Forestry Minister Bekir Pakdemirli earlier on Saturday noted on Twitter that the country had contained most of the forest fires, saying that efforts were underway to bring the remaining 10 forest fires under control.

The fires in the Manavgat district of Mediterranean Antalya province had affected at least 275 people as of Friday afternoon, according to official data.