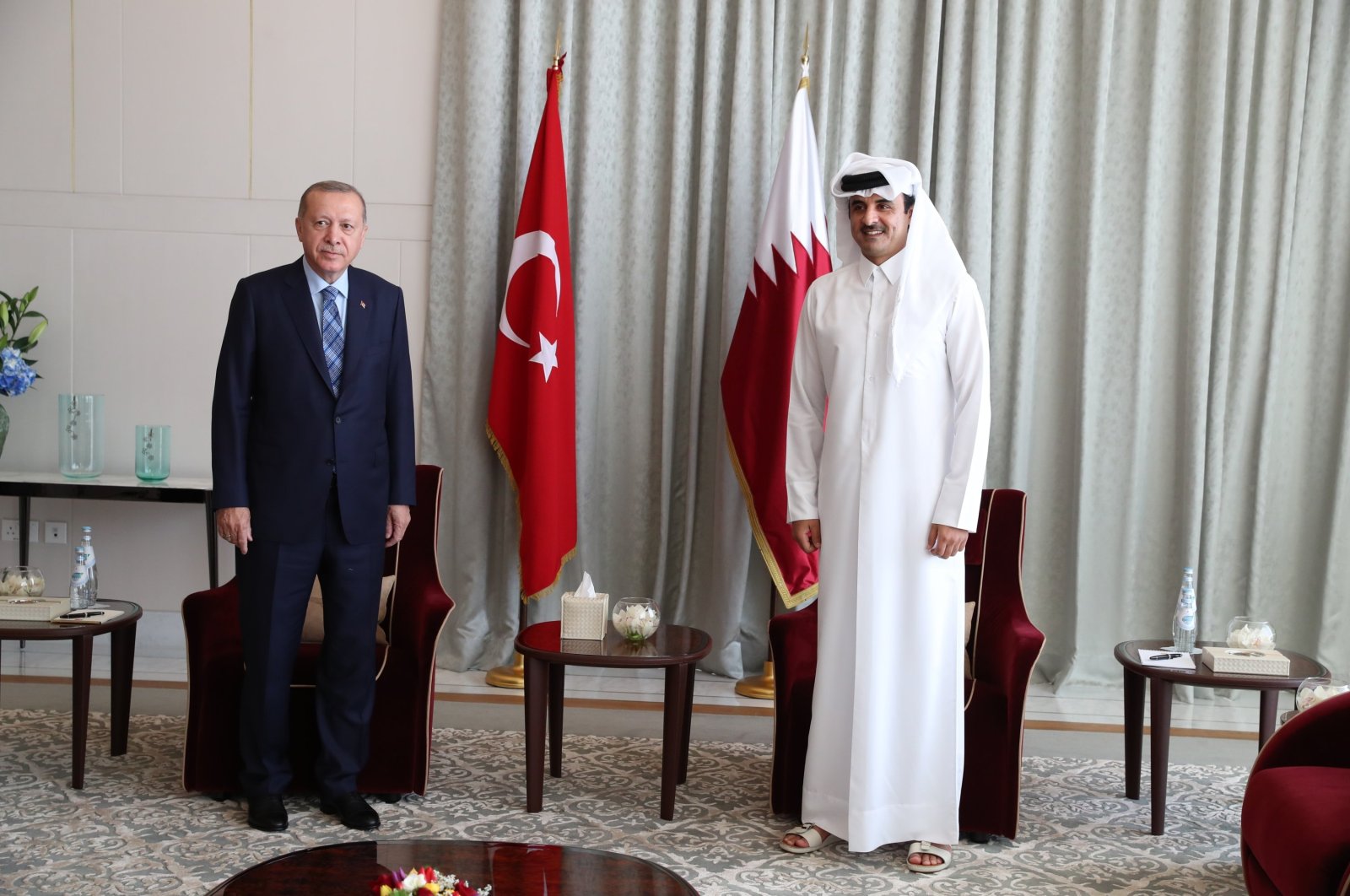 President Recep Tayyip Erdoğan will pay an official visit to Qatar upon the invitation of the ruling emir of Qatar, Sheikh Tamim bin Hamad Al Thani, on Dec. 6-7 on the occasion of the seventh meeting of the Turkey-Qatar Supreme Strategic Committee, a statement by Ankara said Sunday.

At the meeting to be held in Doha, the Turkish president and Qatari emir and with the participation of the relevant ministers, will review the bilateral relations in all aspects and discuss the steps that can be taken to deepen the cooperation, the statement said.

In addition to bilateral relations, views on regional and international issues will also be exchanged during the meetings, it added.

It was also underlined that the signing of various agreements and memorandums of understanding (MoU) that will contribute significantly to the contractual ground of bilateral relations is also on the agenda.

Ankara and Doha enjoy strong relations, particularly since the 2017 blockade of the Gulf country by Saudi Arabia and others.

The two countries have strengthened military and economic ties in recent years.

The sixth meeting of the Turkey-Qatar Supreme Strategic Committee was held in 2020 in the Turkish capital Ankara.

Also, Turkey and Qatar have been cooperating on numerous regional issues, including the Libyan crisis and Afghanistan. In addition to bilateral trade and diplomatic relations, the two countries played a pivotal role in supporting the legitimate Libyan government and defending Tripoli against putschist Gen. Khalifa Haftar's forces in a 14-monthlong offensive. They also cooperated to reopen the Kabul airport after the Taliban took over following the government's fall and the withdrawal of the United States forces.