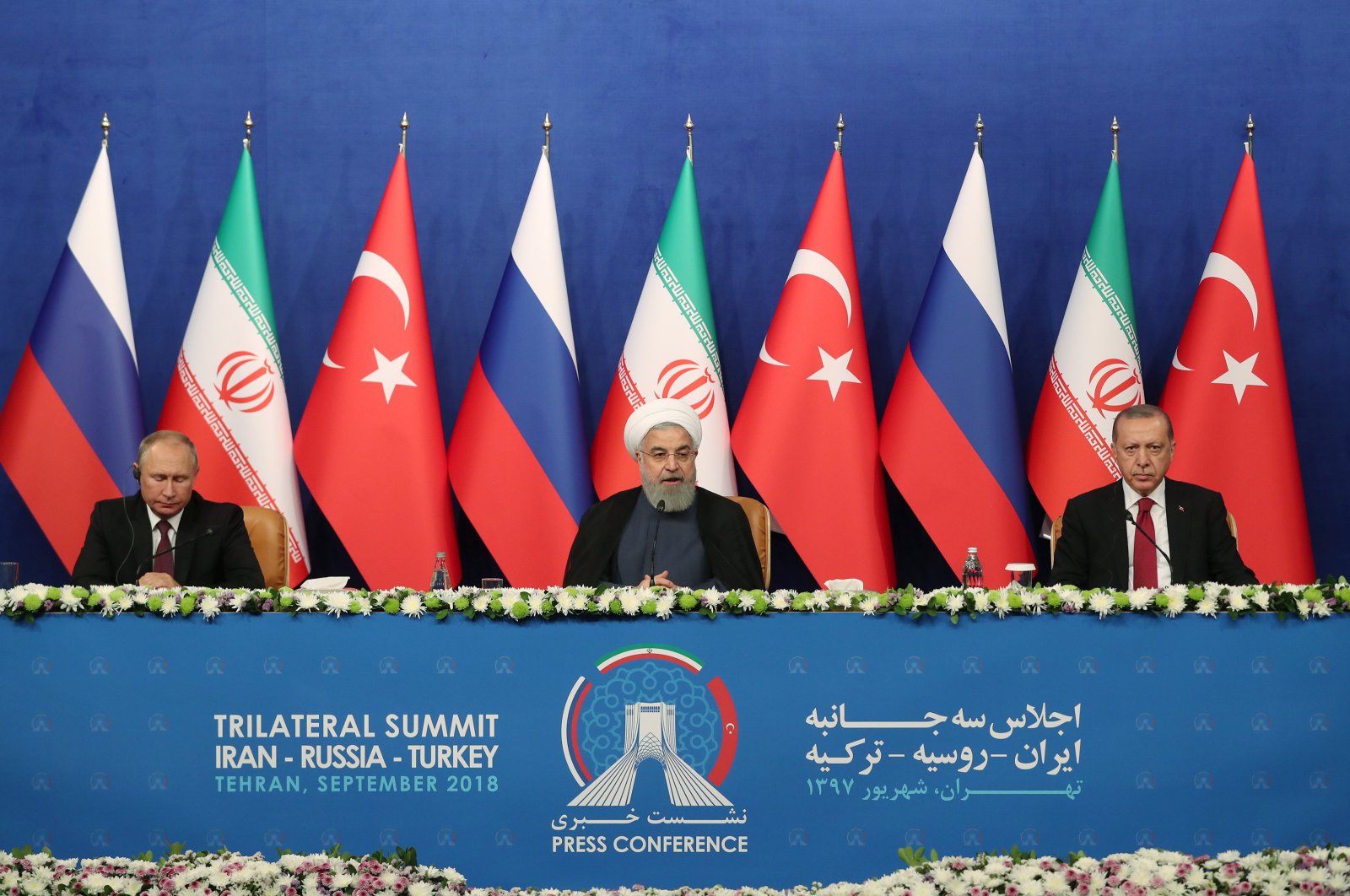 President Recep Tayyip Erdoğan will hold a videoconference call Wednesday with Russian President Vladimir Putin and Iranian President Hassan Rouhani to discuss recent developments in Syria, according to a statement by the Kremlin.

Russian Foreign Minister Sergei Lavrov had previously said the summit would proceed with a face-to-face summit in Tehran.

The Astana process was initiated by Turkey, Iran and Russia to bring the warring sides in Syria together to find a permanent solution to the nine-year war. The main agenda items have been the constitutional system, the political transition, security and resettlement. The first meeting of the Astana process was in Turkey in January 2017 to facilitate United Nations-sponsored peace talks in Geneva.

Besides being the epicenter of the humanitarian crisis in Syria, Idlib is now facing another phase of the crisis as the dysfunctional international system has been unable to meet the needs of millions of displaced people in the city amid the coronavirus pandemic. Speaking to Daily Sabah, Hadi Albahra, the co-chair of the Syrian Constitutional Committee and former president of the Syrian National Coalition, said that even though Idlib has been hosting the highest number of displaced civilians in Syria, the U.N. and World Health Organization (WHO) have failed to provide sufficient amounts of aid to the city.

Most of the refugees sought shelter at camps close to the border with Turkey, while others went to areas under the control of the Syrian opposition. Turkey hosts more than 3.7 million refugees, more than any country in the world.

According to the latest numbers from the U.N., the number of internally displaced people from northwestern Syria is 2,866,471, out of a total regional population of 4,291,884.