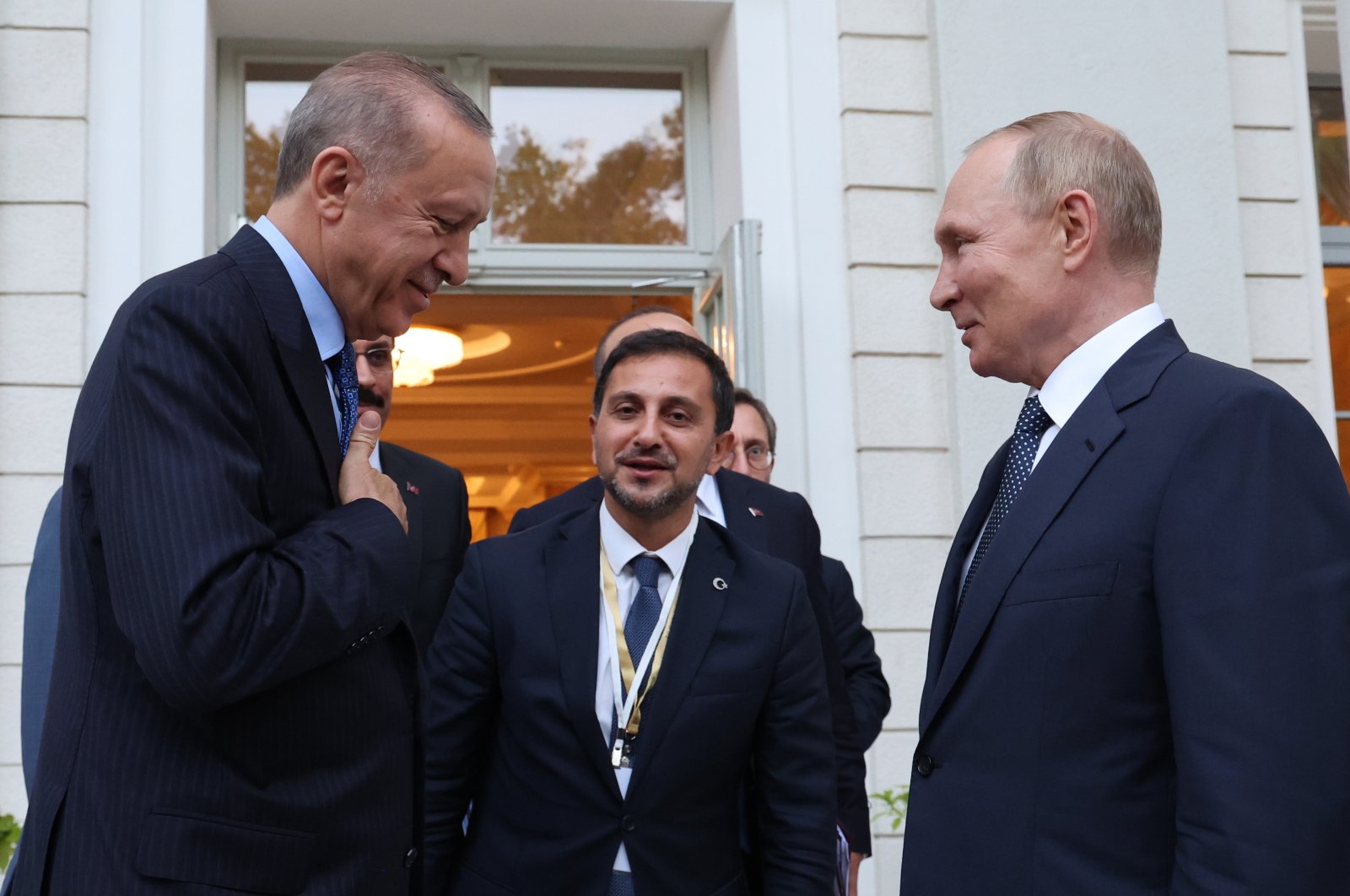 Erdoğan delivered the remarks to members of the Turkish press accompanying him on his way back from the Russian resort town of Sochi where he held meetings with his Russian counterpart Vladimir Putin and discussed bilateral and regional issues.

Erdoğan said he suggested to Putin that he hold a meeting with the Ukrainian president in Turkey in order to contribute to regional peace.

He dubbed a cease-fire between Russia and Ukraine as being possible "if the parties show sensitivity to the promises made."

"Although Turkey's intelligence carries out work with the Syrian intelligence, terrorist groups still exist in Syria," Erdoğan told Putin and asked for Russia's support on this matter.

"Russia's Putin maintains a fair approach toward Turkey," said Erdoğan, adding "he will always be with us in the fight against terrorism."

Attack on Azerbaijani Embassy in London

Condemning the attack on the Azerbaijani Embassy in London, the Turkish president said it was "unacceptable," and added, "We hope the incident will be investigated, the perpetrators will be punished."

Over the tension of the Karabakh region, which Azerbaijan and Armenia have been fighting over intermittently for 30 years, he reiterated that "Karabakh is located within the internationally recognized borders of Azerbaijan."

Statements over Berlin and Paris

Erdoğan also touched upon the criticisms of Germany and France who champion the claims of Greece while Turkey takes steps to resolve the international grain crisis. "It is unacceptable to criticize our country with inaccurate assessments while condoning Greece's steps that disregard international law," he said.

Tensions between Taiwan and China

Stating that he is monitoring the developments in the region, he highlighted that "It is very important that all parties act with common sense, exercise restraint in order to reduce tension regarding Taiwan."

China's insistence that Taiwan is its territory and the threat to use force to bring it under its control has featured highly in ruling Communist Party propaganda, the education system and the entirely state-controlled media for more than seven decades since the sides divided amid civil war in 1949.