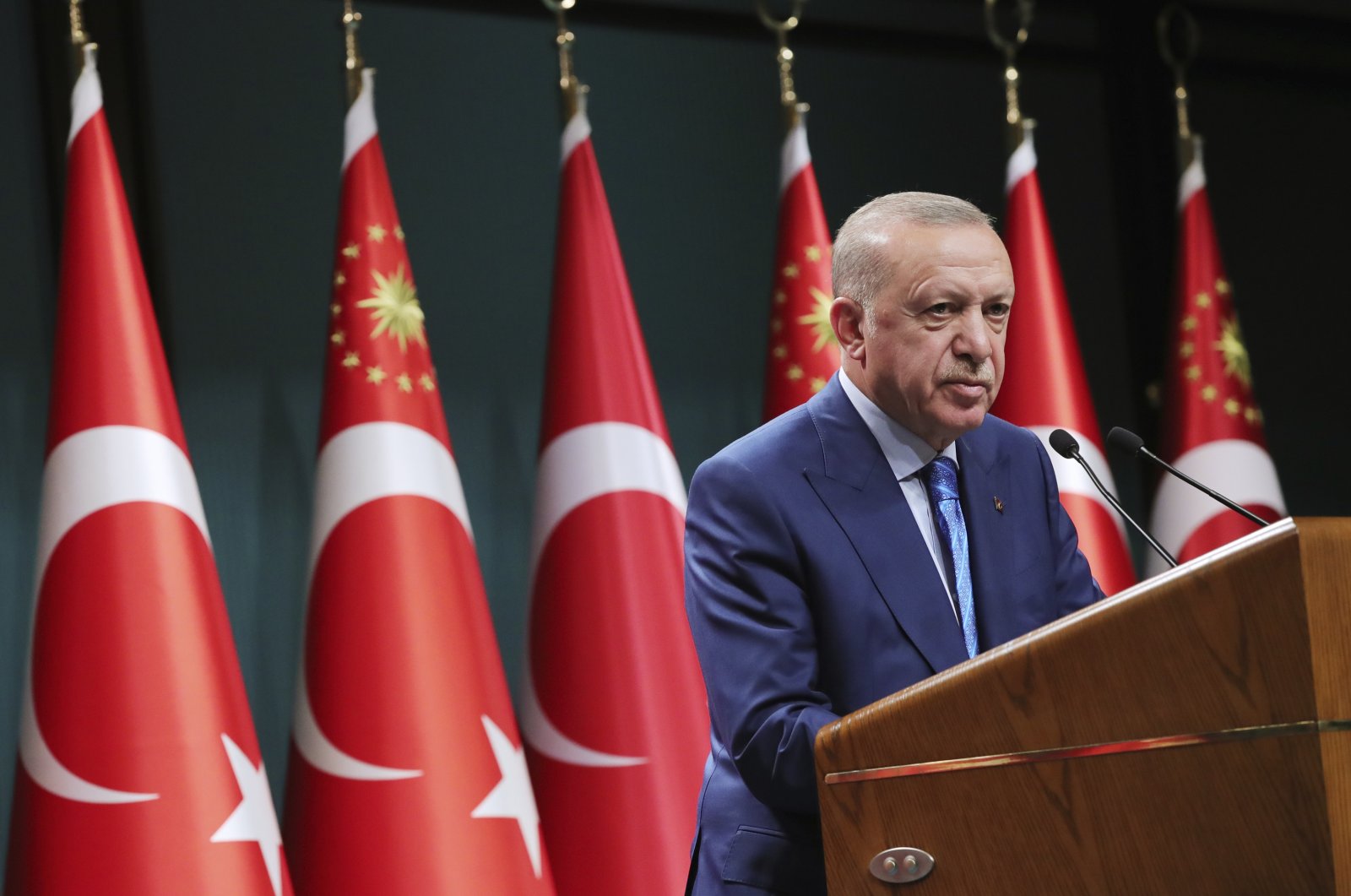 President Recep Tayyip Erdoğan on Wednesday urged Muslim youth to empower themselves, undertake responsibility and stay united in the face of ongoing crises and rising Islamophobia in the West.

Addressing a youth forum in Istanbul on Wednesday, Turkey's president also called on Muslims to raise their voice against injustices they witness.

"Muslims should take responsibility for their own peace and well-being, as well as for the security and future of all humanity, and raise their voices against the injustices they witness," Erdoğan said in his video message to the Islamic Cooperation Youth Forum (ICYF)'s 4th General Assembly.

He noted that global developments, including terrorism, unprecedented security issues and the COVID-19 pandemic that have been posing a serious threat to humanity, have especially affected Muslim countries.

"While on the one hand, Muslims across a wide region are struggling with conflict, migration, poverty and sickness, they are also fighting rising Islamophobia in the West on the other hand," Erdoğan said in a televised message broadcast on the fourth general assembly of the Islamic Cooperation Youth Forum in Istanbul Wednesday.

Citing one of his long-held maxims that "the world is bigger than five," in reference to the five permanent members of the United Nations Security Council in a call to reform the body, Erdoğan said Turkey draws attention to global injustice at every opportunity.

He told Muslim youth that they should not fall into the traps set by "imperialists" to break them apart and be united.

"We want to see you take a more active role in politics, academia, sports, trade and social spheres. Do not let anyone break you apart based on ethnicity or cultural differences," the president said.

The OIC's Youth Forum is an important platform that raises future leaders, he said, adding that Turkey will continue to support the ICYF in every field.

İhsan Selim Baydaş, Deputy Minister of Youth and Sports, also stated that the initiatives for the unity of the Islamic world will create a strong ground for future generations, and said: "The Islamic Cooperation Youth Forum is an important cooperation platform for the member states of the Organization with the potential it promises in the field of youth. As Turkey, we continue our support to the forum in the strongest way as always, and we will continue to do so."

The ICYF describes its mission as building "the capacity of OIC youth through strategies, policy frameworks, programs and projects furthering civic engagement, holistic education, capacity-building and best practices addressing the critical problems of unemployment, health and wellness, limited opportunities, extremism and social exclusion while building their capabilities of intellectual and leadership development, scientific and technological innovation, entrepreneurship, media and communication informed by a shared Islamic heritage, culture, and universal values." Its vision is described as envisioning "empowered youth across the OIC region actualizing their full potential for the sustainable development of their communities, nations and the world, driven by the Islamic values of cooperation, excellence and unity."

The ICYF’s highest decision-making body is its general assembly.

The opening ceremony of the 4th General Assembly of the ICYF in Istanbul was initiated with the welcoming speech of ICYF President Taha Ayhan, which was followed by video messages from Erdoğan and Kıran.

Ayhan is expected to present the work and strategy report of the forum to the members of the OIC during the two-day assembly at the Istanbul Grand Cevahir Hotel.

In the council, which is attended by representatives of 56 member countries in total, the Islamic Cooperation Youth strategy of the forum, youth development, economic empowerment, culture, arts, sports, networking and environmental issues are to be discussed.

Statistics and concrete conclusions about the projects developed in these areas will be shared with the members. The ICYF General Assembly will conclude Thursday with the approval of the forum resolutions, the next chairperson election calendar and a discussion of the general assembly mechanisms.