Erdoğan urges world not to repeat mistakes on Hiroshima anniversary 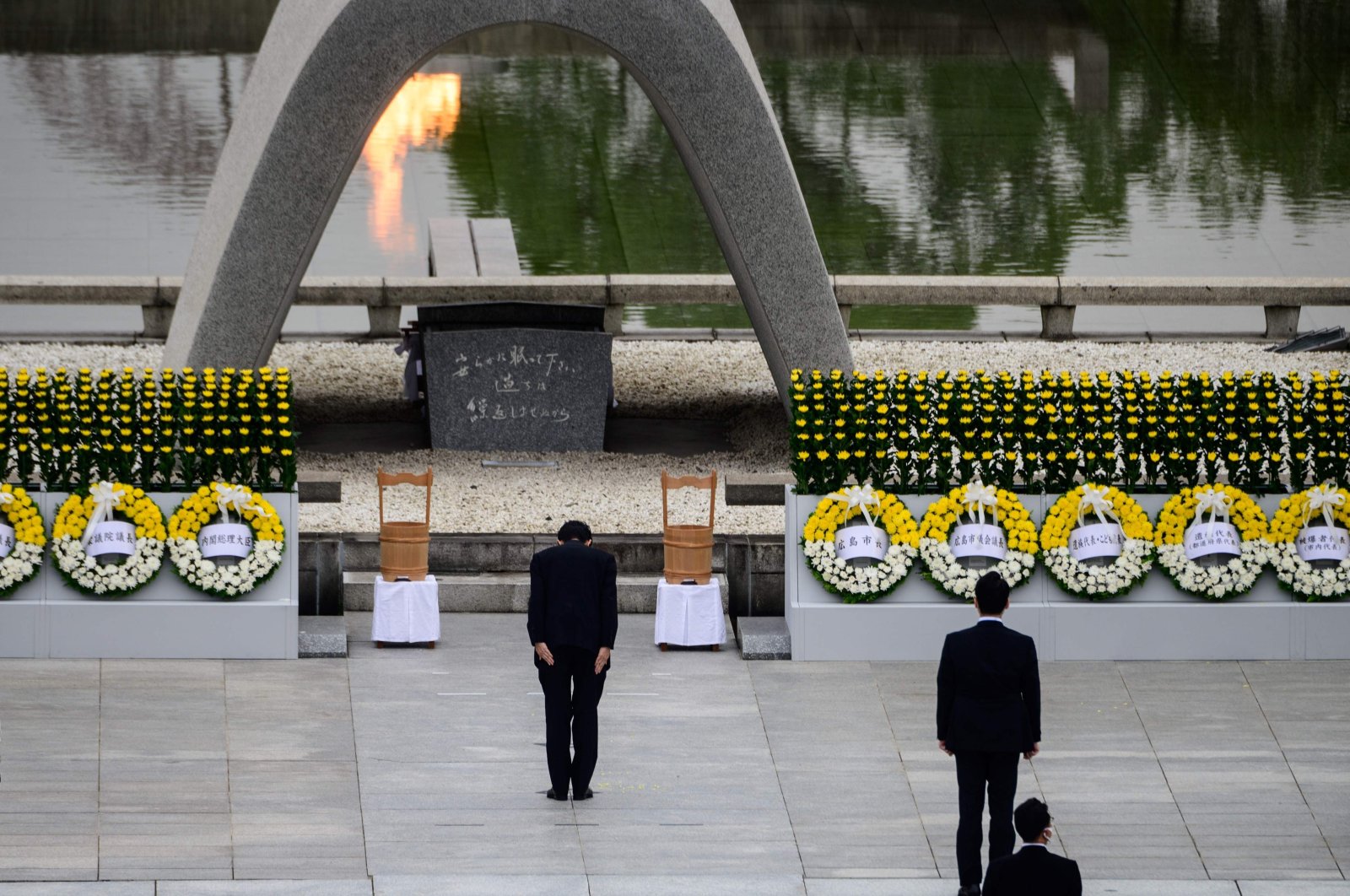 Japanese Prime Minister Shinzo Abe (C) bows in front of the Memorial Cenotaph after delivering a speech during the 75th anniversary memorial service for atomic bomb victims at the Peace Memorial Park in Hiroshima on Aug. 6, 2020. (AFP Photo)
by Anadolu Agency Aug 06, 2020 10:25 am
Edited By Nurbanu Tanrıkulu Kızıl

The atomic bombing of Hiroshima at the end of World War II should bolster the world's determination not to repeat mistakes, Turkey's president said in a message to a memorial service marking the 75th anniversary of the bombing of the Japanese city.

The service took place in Tokyo's Peace Memorial Park for the hundreds of thousands who lost their lives and were impacted by the U.S. bombing on Aug. 6, 1945.

"I share my condolences with the Japanese people, and specifically those trying to stem their pain for 75 years, having lost loved ones," said Recep Tayyip Erdoğan, calling the bombing one of the darkest days in history.

"We have to learn lessons from this heinous event. As it is engraved on the plaque in the memorial park, this day should mark our decisiveness to not repeat past mistakes," he added.

Representing Turkey and President Erdoğan at the ceremony were Hasan Murat Mercan, Turkish ambassador to Tokyo, and a Turkish delegation.