Erdoğan wishes Japan PM recovery, thanks him for contributions to Turkish-Japanese relations 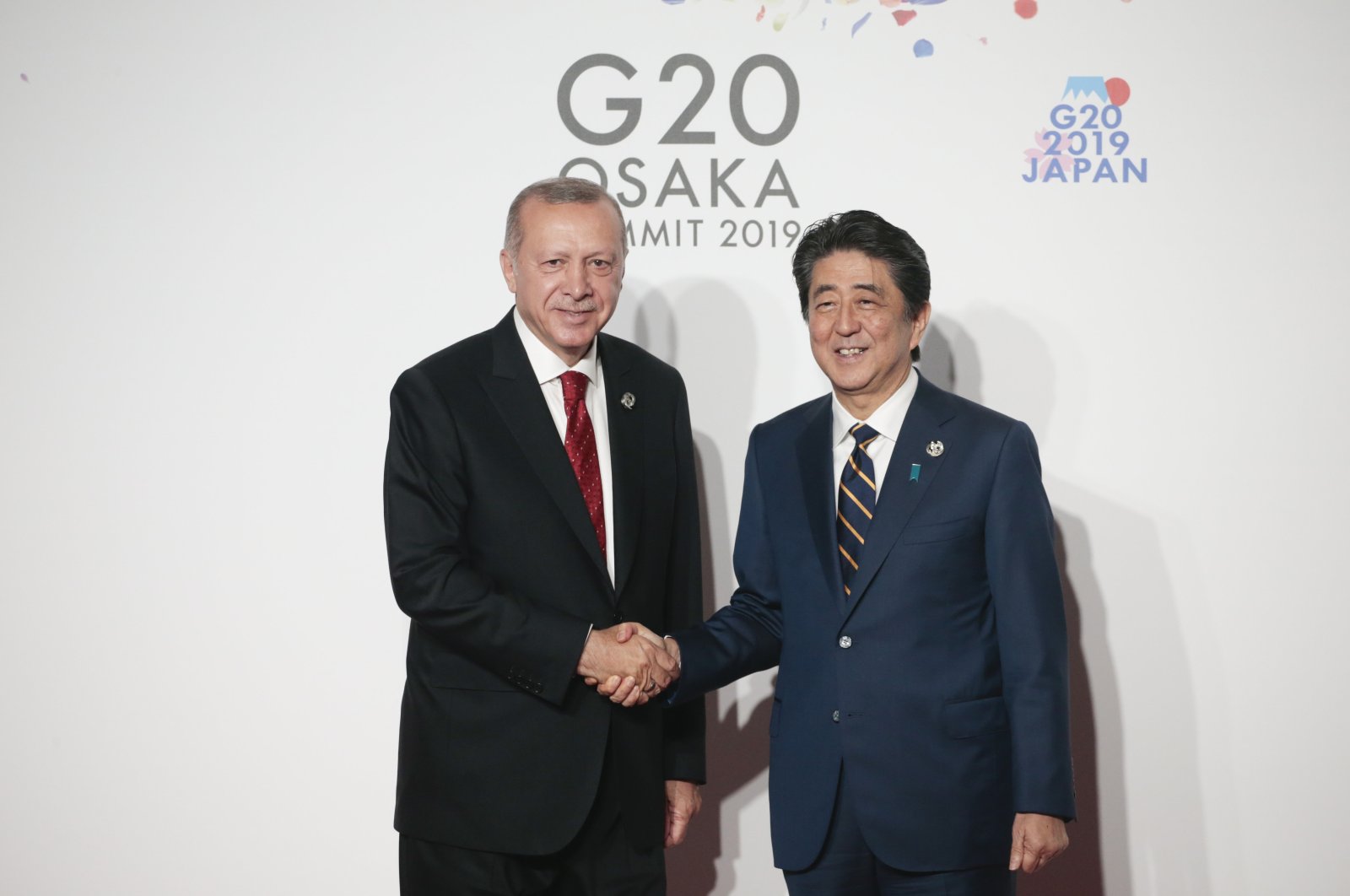 President Recep Tayyip Erdoğan on Wednesday wished a rapid recovery to outgoing Japanese Prime Minister Shinzo Abe and thanked him for his contributions in Turkish-Japanese relations.

Erdoğan in a phone call underlined that he believed relations between the two countries would continue to strengthen in the future. The decisiveness to deepen Turkish-Japanese cooperation in all aspects was reiterated and concrete steps toward this aim were discussed during the phone call.

Turkey and Japan enjoy friendly relations and cooperation in several areas including health, economy and disaster management. In May, the two leaders had opened Başakşehir Çam (Pine) and Sakura City hospital, a product of a Turkish-Japanese partnership with Abe connecting via video link. The two countries also have extended a helping hand to each other in natural disasters throughout history while a group of Japanese students left an envelope containing $1,000 (TL 7,492) in a mailbox at the Turkish Embassy in Tokyo as a donation for the victims of the Elazığ quake in February. One of the current most critical projects between Turkey and Japan is the Turkish-Japanese University of Science and Technology, to be established in Istanbul.

Although diplomatic relations between Turkey and Japan began in 1924 and the first Turkish mission in Japan was established in 1925, political relations were upgraded to the level of "Strategic Partnership" in 2013 and have kept developing rapidly ever since.

Abe is a political blue blood who was groomed to follow in the footsteps of his grandfather, former Prime Minister Nobusuke Kishi. His political rhetoric often focused on making Japan a “ normal” and “beautiful” nation with a stronger military and bigger role in international affairs.

Abe, whose term ends in September 2021, is expected to stay on until a new party leader is elected and formally approved by the parliament.