EU chief thanks Turkey for solidarity in COVID-19 fight 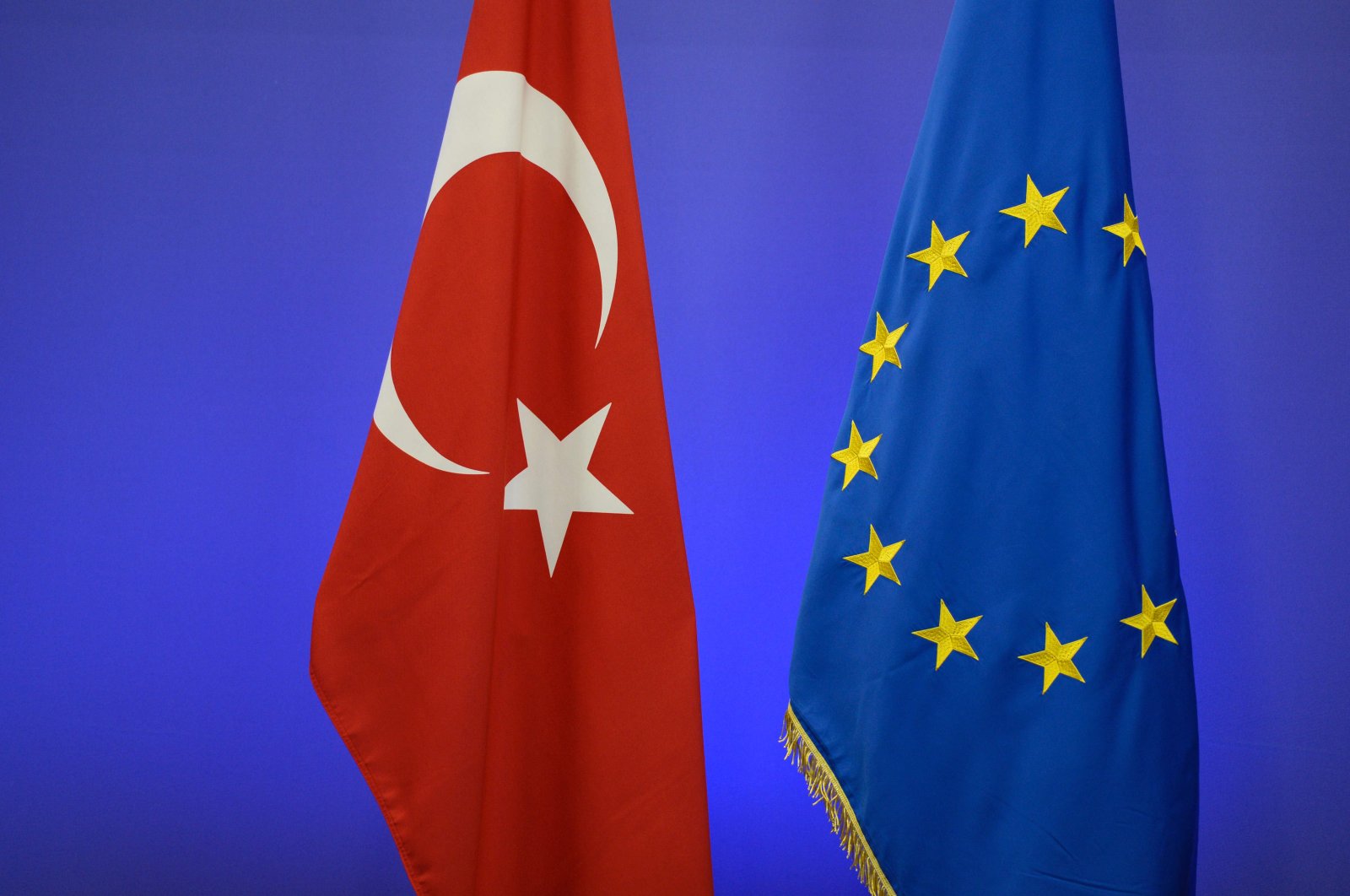 This file photo taken on Nov. 29, 2015 shows the Turkish national flag (L) and the EU flag ahead of a summit on relations between the European Union and Turkey and on managing the migration crisis in Brussels. (AFP Photo)
by Anadolu Agency May 05, 2020 9:26 am
Edited By Nurbanu Tanrıkulu Kızıl
RECOMMENDED

The head of the European Commission thanked Turkey's president for attending and contributing to the international Coronavirus Global Response conference.

In a Twitter post, Ursula von der Leyen thanked all countries' leaders for attending the international Coronavirus Global Response conference hosted by the European Commission, which aims to raise €7.5 billion ($8 billion) for diagnostics, treatment, and vaccines.

Erdoğan had expressed the importance of accessibility to the vaccine for all in his video message to the conference.

"It is extremely important to guarantee global access to the vaccine to be produced and to apply the principle of 'no one should be left behind.' We will consider all these issues when determining our financial contribution to vaccine development efforts. We will announce the amount after the evaluations until 23 May," he said.

As an international organization, the EU offered €1 billion ($1.09 billion) for the cause, while its member states also contributed.

At the G-20 videoconference held on March 26, leaders made a commitment to funding the rapid development of the vaccine.

More than 3.58 million cases have been reported worldwide, with the death toll surpassing 251,500 and more than 1.16 million recoveries, according to data compiled by Johns Hopkins University in the U.S.