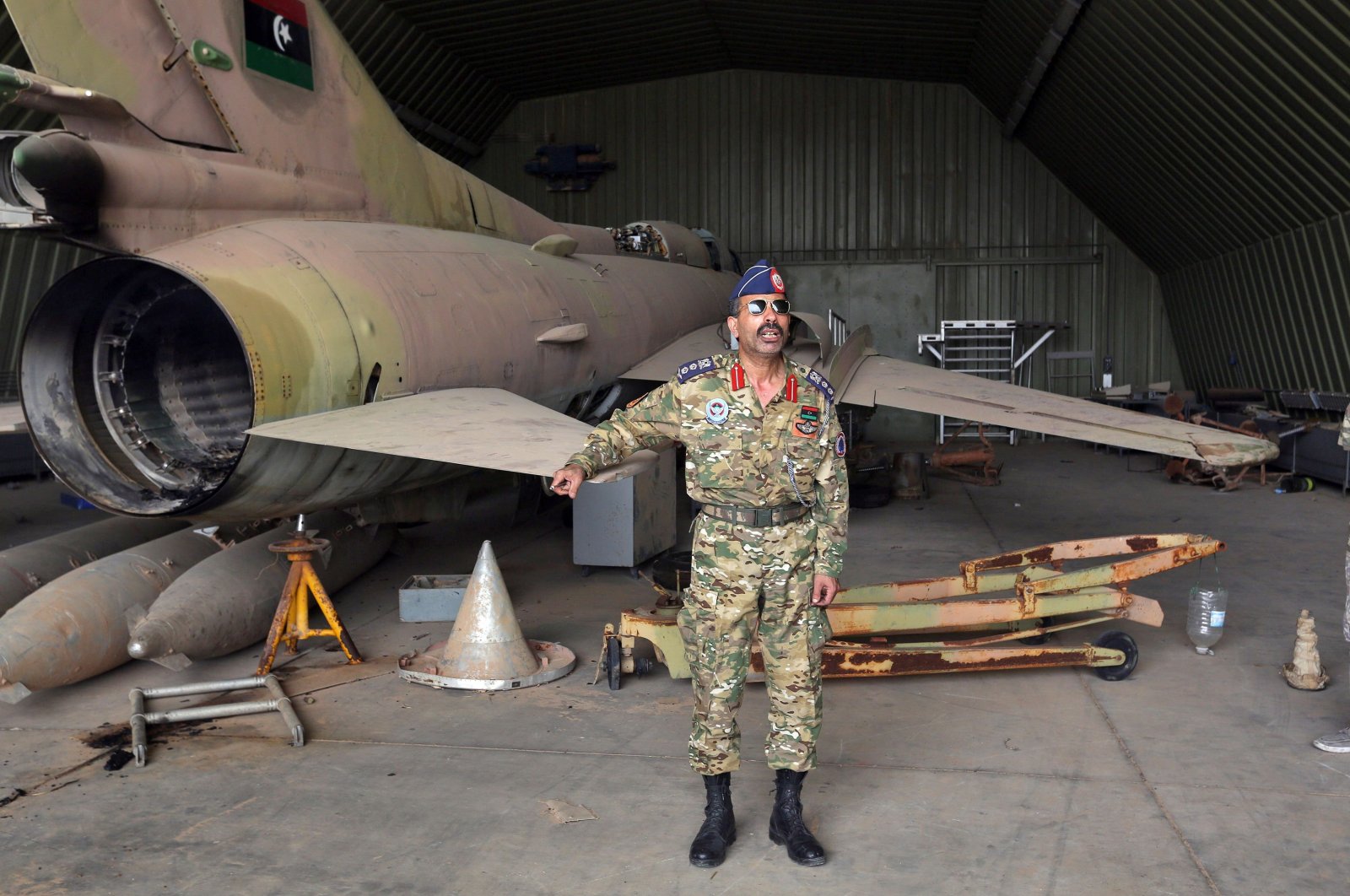 Group Captain Muhammad Qanunu, the military spokesperson of the U.N.-recognized Government of National Accord (GNA) forces, stands by a partially disassembled MiG 23 aircraft, after seizing al-Watiya air base from Haftar on May 18, 2020. (AFP Photo)
by DAILY SABAH WITH AGENCIES Sep 21, 2020 2:31 pm
Edited By Nurbanu Tanrıkulu Kızıl
RECOMMENDED

The measures target three companies from Turkey, Jordan and Kazakhstan, as well as two individuals from Libya that have provided ships, planes or other logistics for the transport of combat equipment to Libya, according to sources, who did not specify, however, if the sanctions would also target Russia and the United Arab Emirates (UAE), which have been supporting putschist Gen. Khalifa Haftar’s forces against the U.N.-recognized government.

Stephanie Williams, the acting U.N. Libya envoy, earlier in September, denounced what she called "blatant" ongoing violations of the arms embargo in effect on the war-wracked country, while a new U.N. report brought to light enhanced Russian support for Libya’s warlord.

In the same period, 30 flights and nine cargo ships had carried materiel to western Libya to assist the internationally recognized Government of National Accord (GNA) in Tripoli.

Williams said the activity "constitutes an alarming breach of Libya's sovereignty, a blatant violation of the U.N. arms embargo."

Though the envoy did not name any countries, a U.N. report revealed that Russia has stepped up its logistic support for the private military contractor Wagner Group in Libya with some 338 military cargo flights from Syria in the nine months leading up to July 31 to aid Wagner fighters backing eastern-based Haftar.

The European Union has a naval patrol mission in the Mediterranean Sea aimed at intercepting shipments of weapons into Libya. Operation Irini boarded a ship earlier this month carrying jet fuel, which the EU mission said was likely to be used for military purposes in Libya.

Last week, the UNSC adopted a resolution demanding that all countries enforce the widely violated arms embargo on Libya and withdraw all mercenaries from the North African nation.