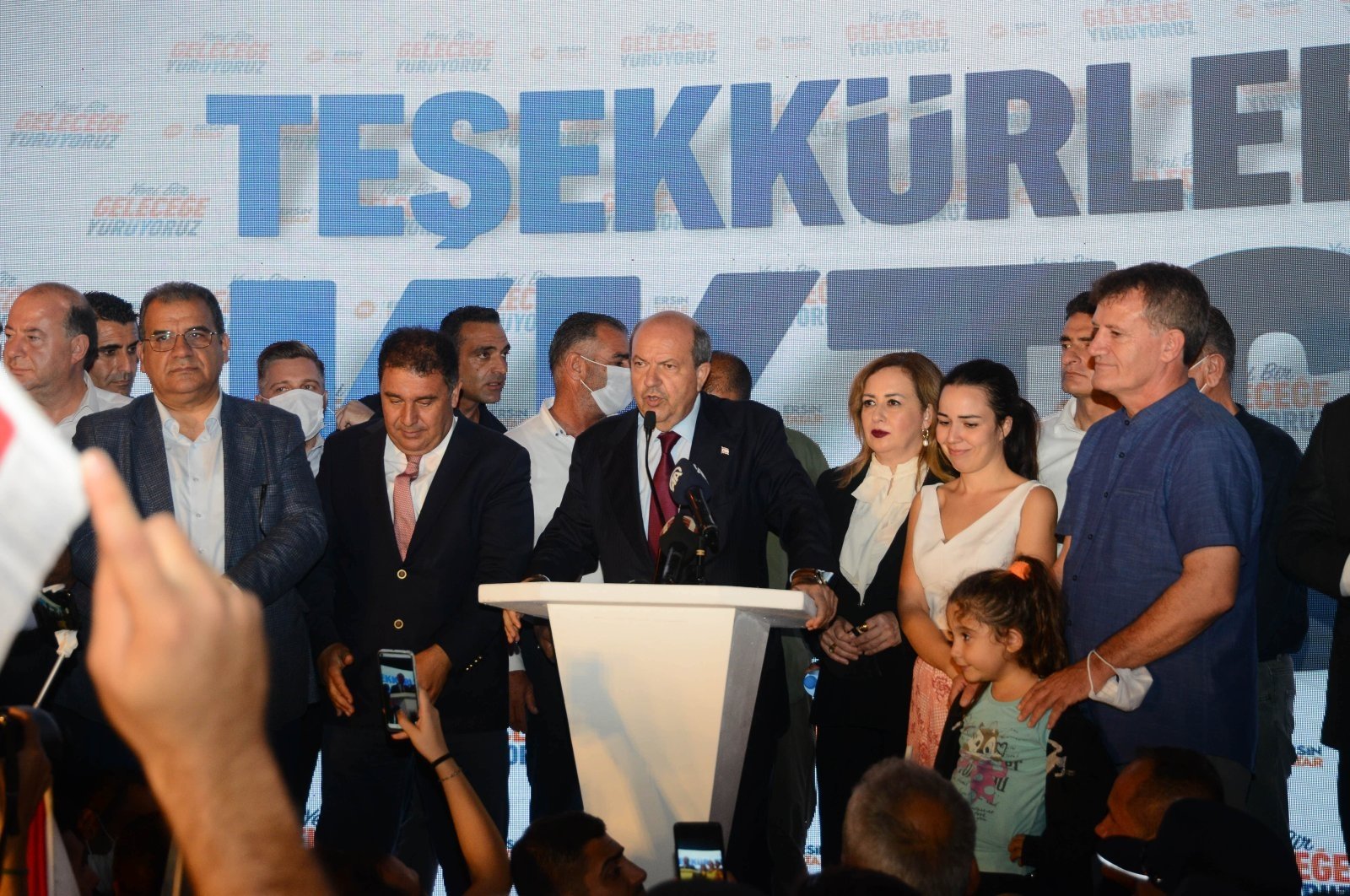 Ersin Tatar speaks after winning the second round of presidential elections in the Turkish Republic of Northern Cyprus (TRNC) in Lefkoşa (Nicosia), Oct. 18, 2020. (AA Photo)
by DAILY SABAH WITH AA Nov 11, 2020 10:30 am
RECOMMENDED

During the call, Tatar said the Turkish Cypriot people empowered him to reach a consensus with the Greek Cypriots, based on sovereign equality and two states, including cooperation between both sides.

He pointed out the injustice of the isolation and restrictions imposed on the people of the TRNC, adding that the European Union failed to do its part.

He added that they expect the EU to fulfill its promises to lift the isolation within the framework of a decision taken in 2004. Tatar said he would be pleased to meet Borrell soon and explain his views in more detail.

Tatar was elected TRNC's fifth president after winning nearly 51.69% of the votes in the second round of elections on Oct. 18. He assumed office on Oct. 23.

The face-to-face meeting took place at the residence of the special representative and head of the United Nations Peacekeeping Force in Cyprus (UNFICYP), Elizabeth Spehar, in the buffer zone in Nicosia and lasted about two hours.

The U.N. spokesperson in Cyprus said in a statement that Tatar and Anastasiades had the opportunity to get to know each other and exchange views for the first time informally at the meeting hosted by Spehar in a sincere atmosphere.

The two emphasized their determination to respond positively to the commitment of U.N. Secretary-General Antonio Guterres to hold a five-party unofficial U.N. meeting, which would include the three guarantor countries plus the two sides in Cyprus, in an appropriate environment.

Over the decades, there have been several attempts to resolve the Cyprus dispute, but in vain. The latest attempt in Switzerland in 2017, also attended by the island's guarantor countries, came to an end with no signs of progress.

Turkey, as a guarantor nation of the TRNC, is currently carrying out hydrocarbon exploration activities in the region. Ankara has consistently contested the Greek Cypriot administration's unilateral drilling activities in the Eastern Mediterranean, asserting that the TRNC also has rights to the region's resources.