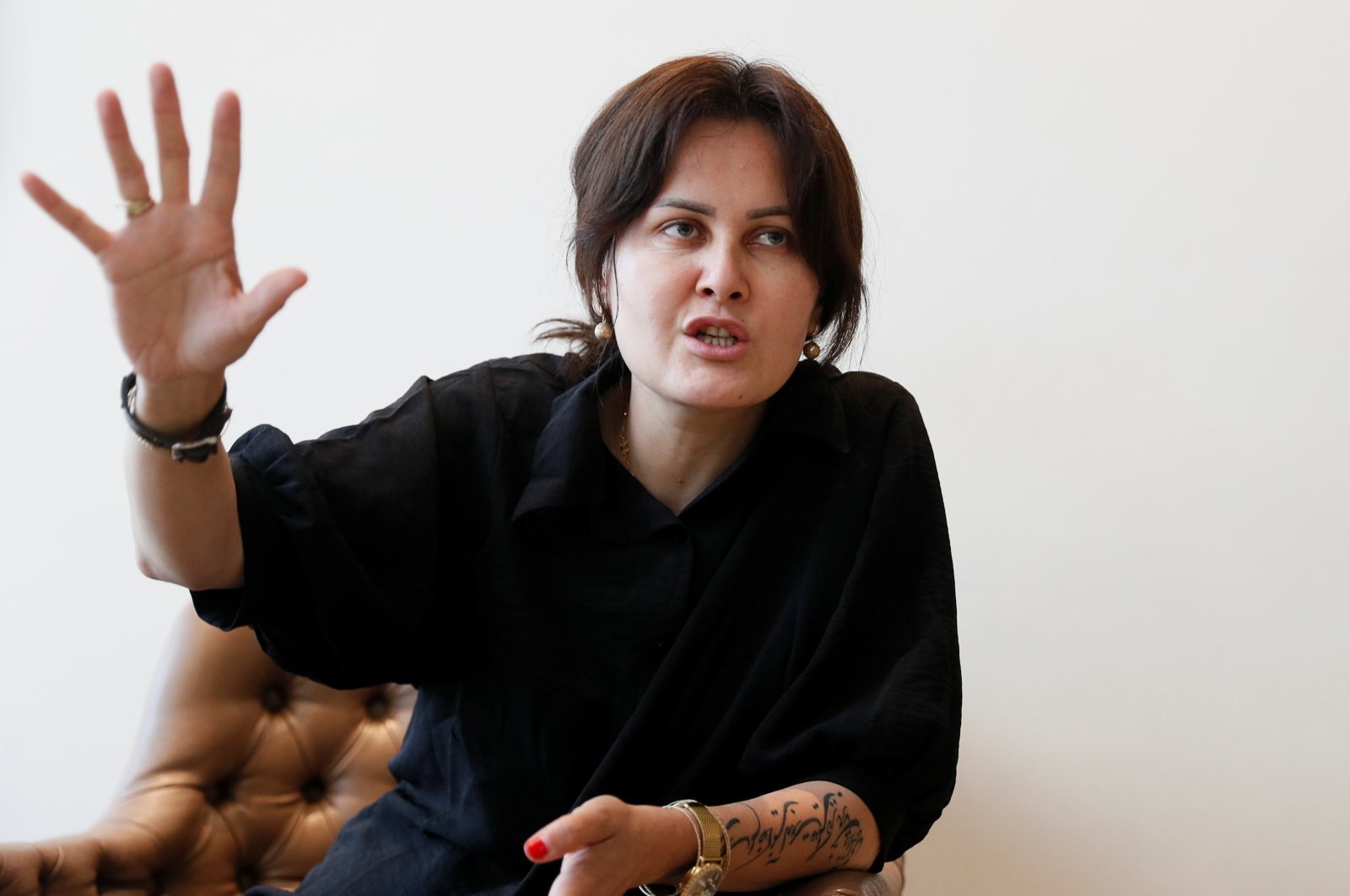 Afghan filmmaker Sahraa Karimi speaks during an interview with Reuters after she was evacuated from Kabul, in Kyiv, Ukraine, Aug. 18, 2021. (REUTERS/Gleb Garanich)
by DAILY SABAH WITH AA Aug 19, 2021 1:52 pm
RECOMMENDED

The evacuation of one of Afghanistan's most prominent female filmmakers was a joint operation conducted by Turkey and Ukraine, said Ukraine's Foreign Minister Dmytro Kuleba Thursday, underlining that it was a perfect example of how the two countries can make each other stronger.

Kuleba answered the questions of journalists during an online press conference. When asked by an Anadolu Agency (AA) reporter about the evacuation of Afghan director Sahraa Karimi, Kuleba stated that the famous Afghan director was evacuated by a Turkish military plane.

Expressing that Ukraine asked Turkish partners for a seat on the plane for Karimi and her family members, Kuleba said: "It was a joint operation with the participation of Turkish friends at the initiative of Ukraine. It was a perfect example of how our countries can strengthen each other."

Karimi on Tuesday thanked the Turkish government for helping her and 11 other people accompanying her to get out of Afghanistan's capital Kabul after the Taliban insurgents took control of the city.

Calling for help through her social media account, Karimi released a Twitter message Tuesday saying she had successfully fled the country.

Thousands of civilians desperate to flee Afghanistan packed the Kabul Hamid Karzai International Airport on Monday, prompting the U.S. military to temporarily suspend evacuations as the United States came under mounting criticism at home over its pullout.