Afghan filmmaker Karimi thanks Turkey for helping her flee Kabul 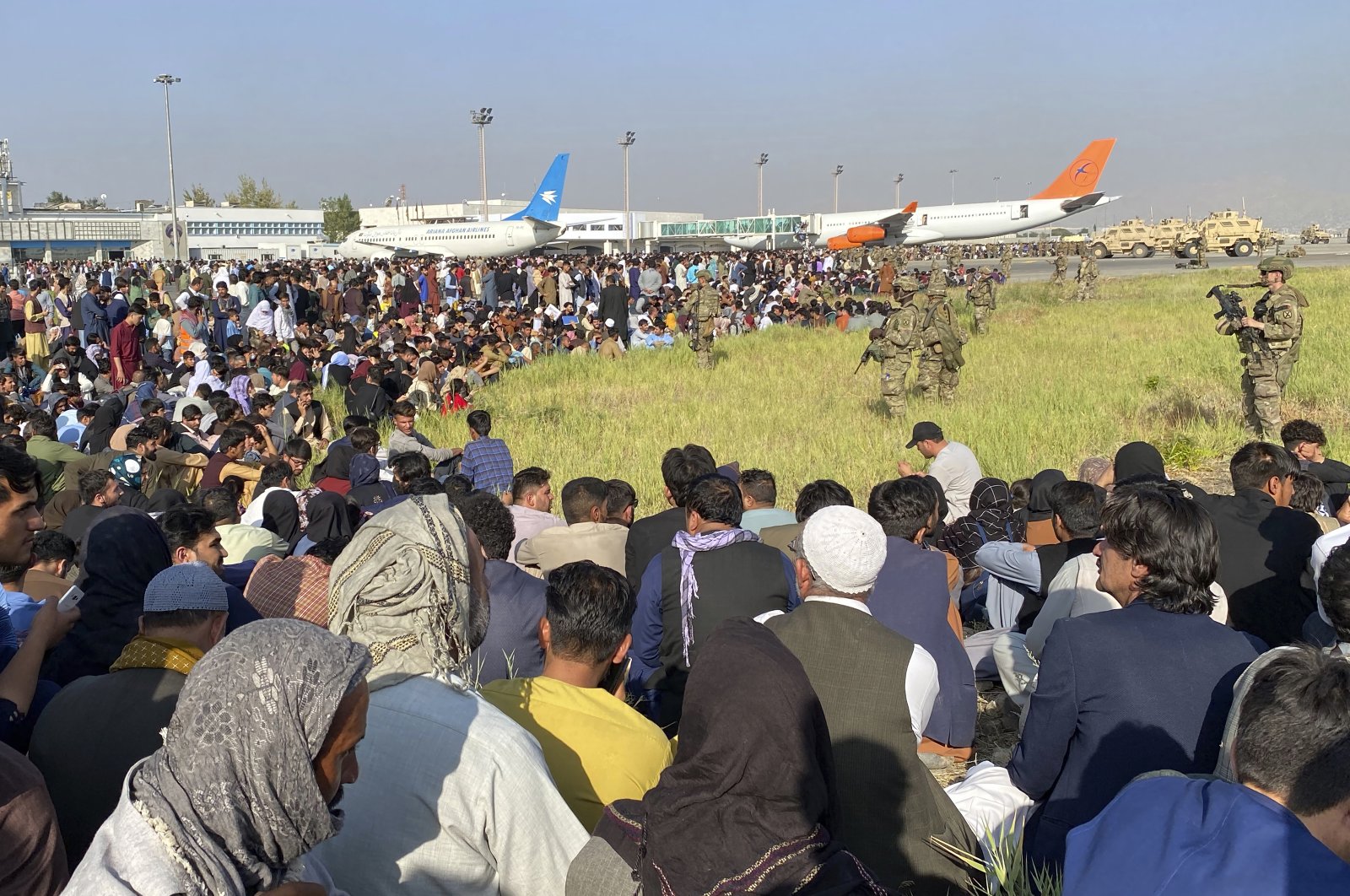 U.S soldiers stand guard along a perimeter at the international airport in Kabul, Afghanistan, Aug. 16, 2021. On Monday, the U.S. military and officials' focus was on Kabul's airport, where thousands of Afghans trapped by the sudden Taliban takeover rushed the tarmac and clung to U.S. military planes deployed to fly out staffers of the U.S. Embassy, which shut down Sunday, and others. (AP Photo/Shekib Rahmani)
by DAILY SABAH Aug 17, 2021 12:52 pm
RECOMMENDED

Sahraa Karimi, one of Afghanistan's most prominent women filmmakers, on Tuesday thanked the Turkish government for helping her and 11 other people accompanying her to get out of Afghanistan's capital Kabul after the Taliban insurgents took control of the city.

Calling for help through her social media account, Karimi released a Twitter message Tuesday saying she has succeeded in fleeing the country.

Turkey on Monday evacuated civilians and its citizens from Kabul on a Turkish Airlines flight to Istanbul after the Taliban took control of the Afghan capital, in what some passengers described as a tense journey from the turmoil-hit country.

Thousands of civilians desperate to flee Afghanistan packed the Kabul Hamid Karzai International Airport on Monday, prompting the U.S. military temporarily to suspend evacuations as the United States came under mounting criticism at home over its pullout.

Turkey is in talks with all parties in Afghanistan including the Taliban, Foreign Minister Mevlüt Çavuşoğlu also said Tuesday.

Speaking at a news conference in Amman, he said Ankara would continue talks with the United States and other allies over the security of the Kabul airport and the transition in Afghanistan. Evacuation flights would continue as the airport has been secured, he said.