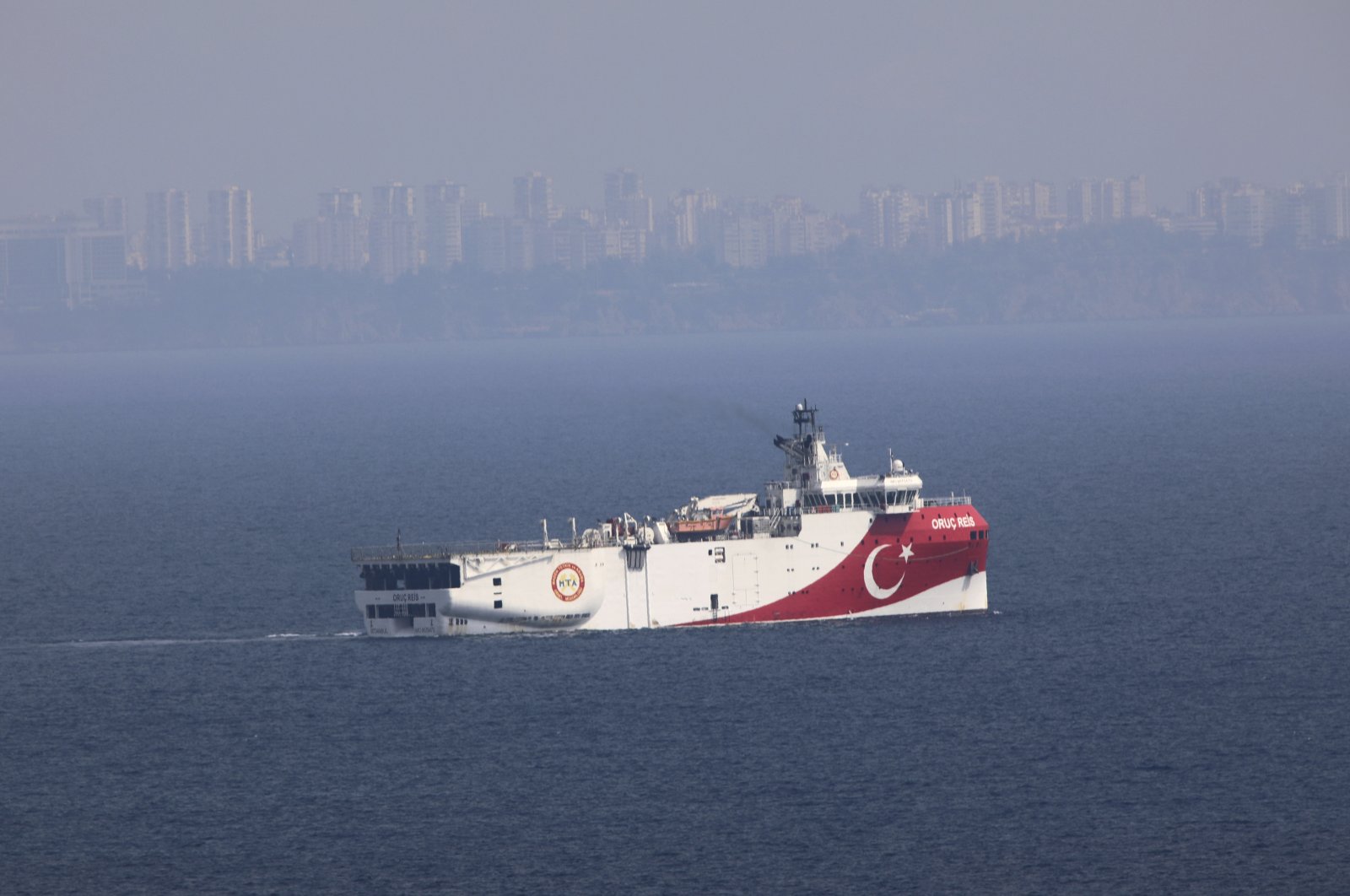 Speaking at the International Maritime Law and Eastern Mediterranean Symposium in Istanbul, Erdoğan said that global politics have been shaped by developments related to the Mediterranean in recent months.

“Turkey is a Mediterranean country. We are a host here as we have been throughout history, not a guest. Every move made and every step taken in the Mediterranean directly affects our country’s security, rights and interests,” he said.

“We can resolve the problems in the Mediterranean by gathering all regional actors in the same table, not excluding each other. Any scenario that does not fairly include Turkey and the TRNC (Turkish Republic of Northern Cyprus) cannot produce peace in the Mediterranean,” he said.

Turkey, the country with the longest coastline in the Eastern Mediterranean Sea, has sent out drillships to explore for energy on its continental shelf, asserting the rights of Ankara and the TRNC in the region.

The tone, however, has recently softened between Ankara and Athens, with the two agreeing last week to begin exploratory talks on their dispute.

The upcoming negotiations will be the 61st of their kind, as the two countries started to have exploratory talks on problems in the Eastern Mediterranean on March 12, 2002, with an aim to come up with a fair, sustainable and inclusive solution.

Despite steps to normalize ties, some EU members are still discussing the possibility of imposing sanctions on Turkey amid Greek demands.

Turkey sees this week's EU summit on recent tensions in the Eastern Mediterranean as an opportunity to reset relations between them, but the bloc must produce specific proposals and a timetable to work on a road map together, Turkey’s presidential spokesperson said Monday.

"I believe the EU summit has a chance to have a reset in Turkey-EU relations. It is an important opportunity. We can have a reset there. And I see this willingness on the part of many EU member countries," Presidential Spokesperson Ibrahim Kalın told Reuters.

"They also have to understand that they cannot expect Turkey to do everything," Kalın said in an interview. "It must be a mutual process. If Turkey is expected to do X, Y, Z, EU countries must fulfill their responsibilities as well."

Work was continuing on deciding a date for the resumption of talks, Kalın said, adding that the talks would continue where they left off and focus not just on issues of continental shelves and maritime limits but on islands and airspace.

He said the discussions would have a positive impact and would also focus on political consultation and military-to-military talks. "In all of these three tracks, we believe we will make some good progress very soon," he said.

Turkey got involved in a war of words with France during the Eastern Mediterranean dispute, and Erdoğan last week held his first talks with French President Emmanuel Macron in months in a bid to ease the tensions.

Kalın said there was a positive tone during those talks with the two leaders agreeing to try and find ways to minimize their differences.

Turkey's communications director also said on Saturday that the European Union imposing sanctions on Turkey would be profoundly irrational.

"We have no such expectation" of sanctions being imposed, Communications Director Fahrettin Altun told news channel CNN Türk.

"Such a step would be one of the most irrational steps in the history of international relations. Europe's security begins in Turkey. Strong European-Turkey relations help European countries as much as they do Turkey," Altun said.

He added that Turkey provides Europe with a strategic location, business opportunities and military capabilities, which the EU should appreciate.