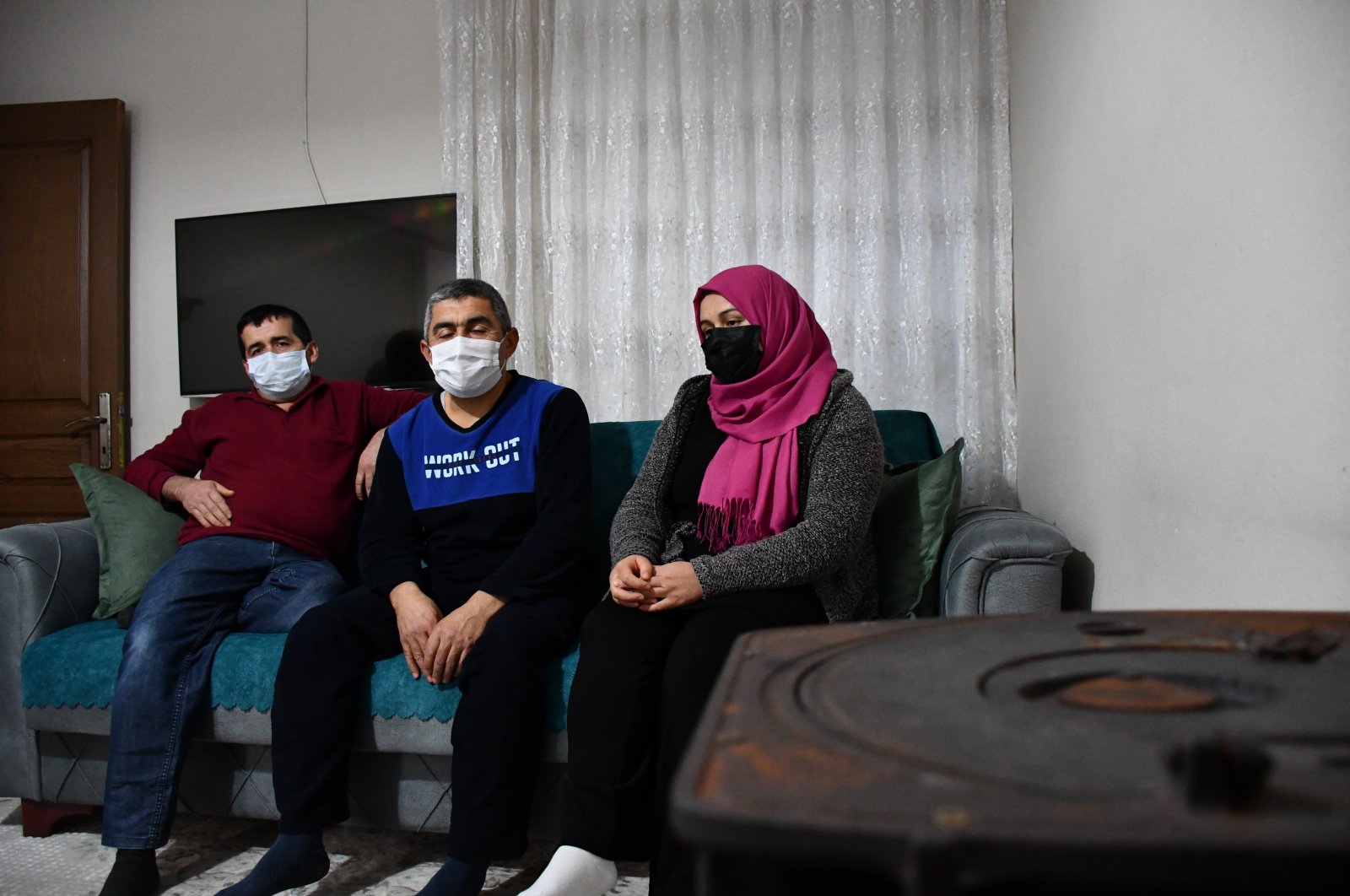 The family of Nurettin Çalık, a Turkish worker kidnapped in Libya nearly a year ago, is patiently awaiting the good news of his return from authorities.

Çalık is among five Turkish workers who were kidnapped by forces loyal to putschist Gen. Khalifa Haftar nearly a year ago, according to his brother Mehmet Çalık who spoke to Anadolu Agency (AA).

His family heard from Nurettin Çalık last in February 2020, Mehmet Çalık said. "My older brother went (to Libya) to earn money; he isn't guilty of anything. He went there to pay his debts, but unfortunately, he's now arrested (by Haftar forces)."

"We were told by those who were kept in the same ward as him that they were tortured and getting sick a lot. Perhaps he is ill now, and we don't know. His friends who were able to come back said they had gotten scabies in prison because they were unable to clean themselves."

He said his brother, who was a baklava baker, was kidnapped by Haftar's militias because of his nationality.

"He was detained because he's Turkish; he isn't guilty of anything. We ask all the authorities to bring my brother back," he pleaded.

Çalık's sister Rukiye Köse told the AA that during her last conversation with her brother, he was distressed and wanted to return to Turkey at once.

"I believe they couldn't find a way (to return). Then, we found out they were taken from the shop where they worked (in Libya) because they were Turkish," she recounted.

Expressing their grave sorrow, Köse said their mother and father did not ask about their brother anymore "as they cannot bear the sadness."

"We're extremely upset ... We think about him constantly. We want him to return as soon as possible. The last time we talked was when I was in our village, and we made a video call with my mother. My mother was crying, and my brother was crying too. We couldn't speak to each other after that."

In the Libyan conflict, Turkey has backed the U.N.-recognized legitimate Government of National Accord (GNA) against the eastern-based illegitimate Haftar forces, who have been backed by Russia, France, Egypt and the United Arab Emirates (UAE).

Amid the civil war in the country, a total of seven Turkish workers were illegally kept in Libya's Benghazi by Haftar forces.

Out of the seven workers, two of them were handed to Turkish authorities in Misrata on Oct. 2, 2020. However, five other Turkish workers still remain detained by Haftar forces in Libya.