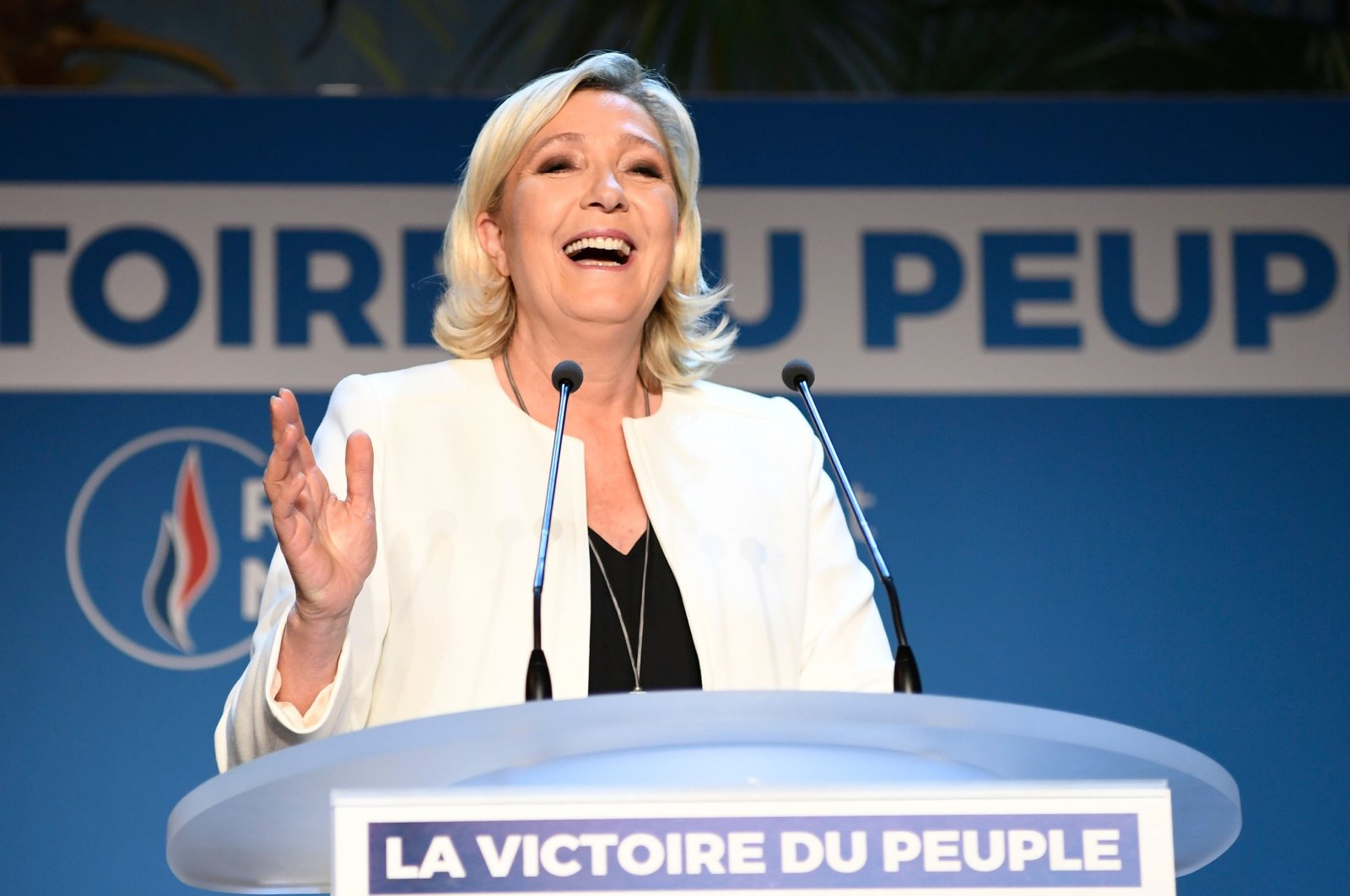 Speaking to the LCI TV channel, Le Pen said President Recep Tayyip Erdoğan’s “threats” actually target France and added: “Against these threats, I resolutely back President Emmanuel Macron, although we have millions of issues that we cannot agree on."

France, already at odds with Turkey over Libya and Syria, has sent its own naval ships into the Eastern Mediterranean to support Greece, which announced major new arms purchases on Saturday, including French-made Rafale fighter jets.

Leaders of seven European countries on the Mediterranean met at a summit hosted by Macron last week in Corsica where they said they were ready to back EU sanctions on Turkey over the dispute.

Before the summit, Macron said Europeans must be "clear and firm with, not Turkey as a nation and people, but with the government of President Erdoğan, which has taken unacceptable actions."

In response, Erdoğan on Saturday warned Macron "not to mess" with Turkey.

The Turkish leader dismissed the remarks and accused Macron of "lacking historical knowledge."

"Mr. Macron, you're going to have more problems with me," Erdoğan said. “You already don't have much time. You're on your last legs.”

Due to Macron's diminishing popularity, the far-right's increasing voter base and ongoing nationwide protests, he has switched to a more hawkish stance in terms of his policies.