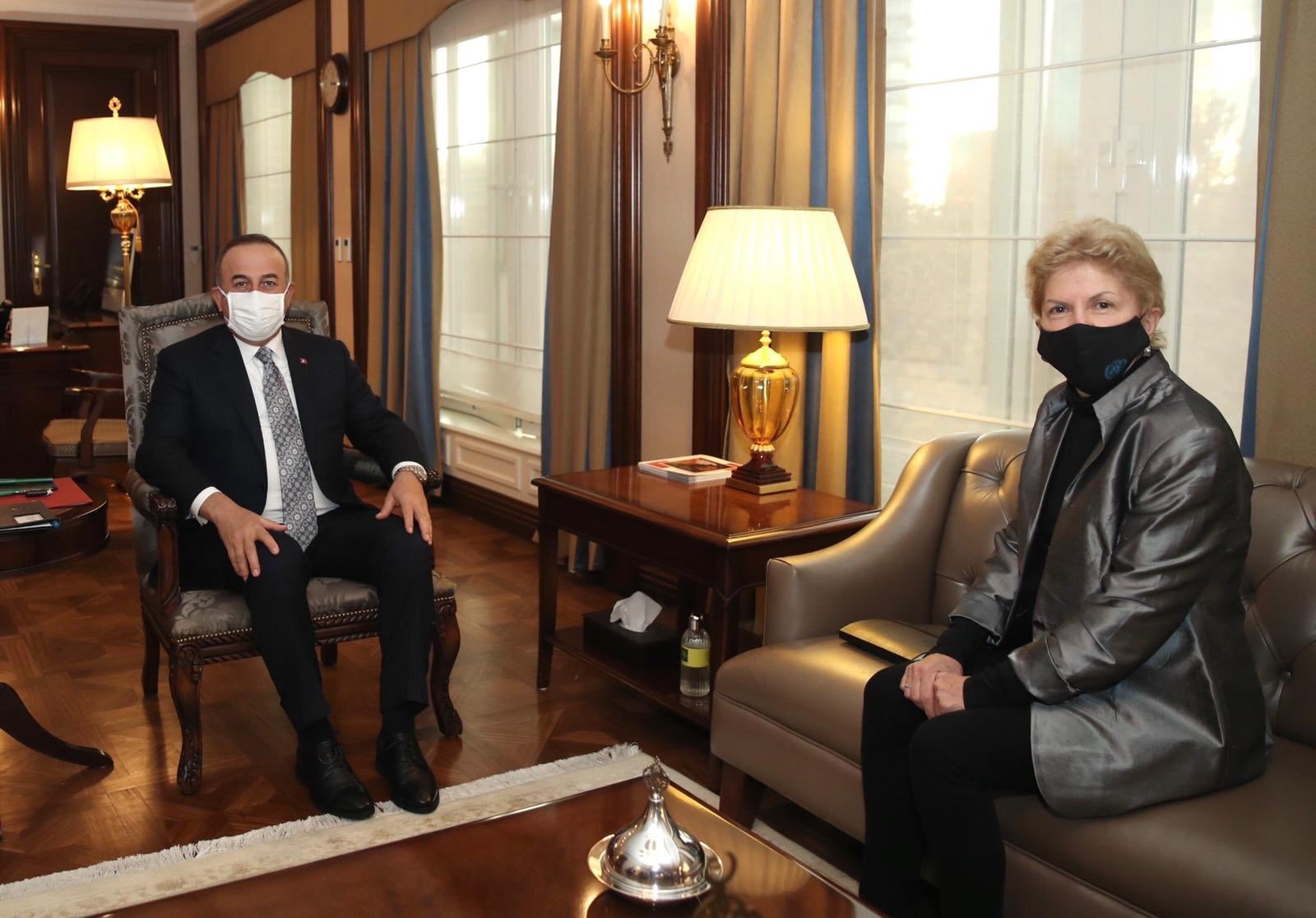 The federation project on the island of Cyprus is no longer sustainable, Foreign Minister Mevlüt Çavuşoğlu said Wednesday, adding that common ground should be reached for a new negotiation process.

"In line with realities on the Island, the Turkish side promotes a two-state settlement based on equal sovereignty," Çavuşoğlu said in a meeting with U.N. special envoy to Cyprus, Jane Holl Lute.

President of the Turkish Republic of Northern Cyprus (TRNC) Ersin Tatar and Turkey have frequently said both sides should have equal sovereignty and see a two-state solution as a viable alternative to the federation.

U.N. Secretary-General Antonio Guterres has instructed Lute to begin consultations with all involved parties to determine whether preconditions exist to convene an informal 5+1 summit to end the island's division, which spans decades. As part of the effort, Lute met Tatar and Greek Cypriot leader Nicos Anastasiades earlier this month.

Lute is also in consultation with the three guarantor powers, Britain, Greece and Turkey, on convening a five-way meeting on finding a way for formal talks to resume.