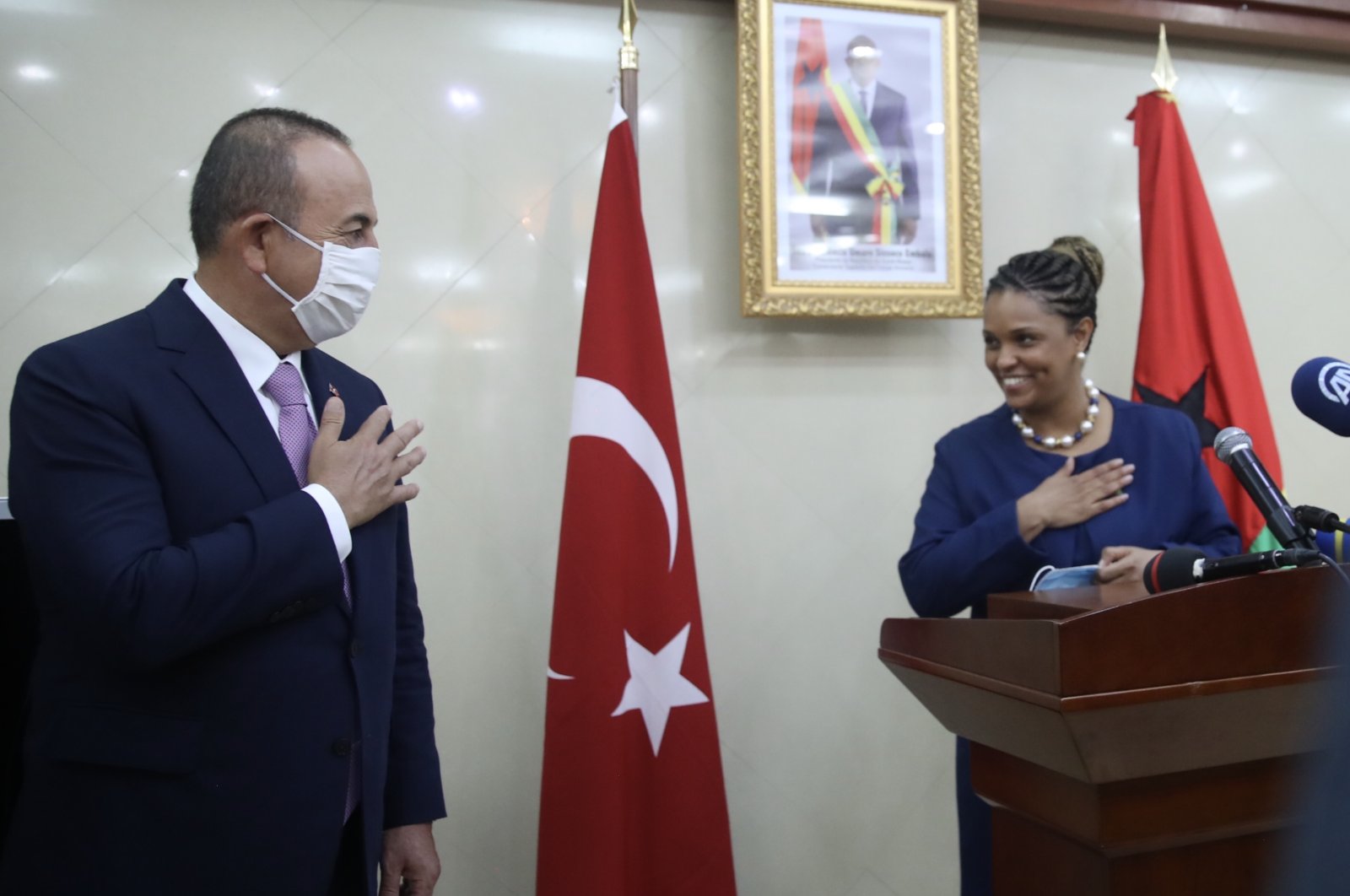 A school in Guinea-Bissau linked to the Gülenist Terror Group (FETÖ) – the group responsible for a failed coup in 2016 aiming to topple the Turkish government – will be handed over to Turkey’s Maarif Foundation.

The decision was announced during a joint news conference between Foreign Minister Mevlüt Çavuşoğlu and his Guinea-Bissauan counterpart Suzi Carla Barbosa on Thursday after the two countries signed a range of agreements in the capital Bissau.

“I thank Guinea-Bissau for its contribution to Turkey’s fight against FETÖ. We welcome the closure of the FETÖ-linked school in the country. The Turkish Maarif Foundation will open new schools in Guinea-Bissau. The foundation already has 333 schools in 43 countries; 23 of these schools are in Africa,” Çavuşoğlu said during the news conference.

The Turkish foreign minister is on a West African tour. He visited Mali on Wednesday and will proceed to Senegal next.

Following the meeting and news conference with Barbosa, Çavuşoğlu also met with Guinea-Bissauan President Umaro Sissoco Embalo. Çavuşoğlu on Twitter said they discussed regional issues including the situations in Mali and Libya. The top diplomat said he was awarded a national order, adding, "I will proudly carry the National Order given to me."

At the news conference, Çavuşoğlu said he saw Guinea-Bissau's potential during his official visit, adding, “We will continue to encourage our businesspeople to invest here.”

Çavuşoğlu also said Turkey will support the establishment of a diplomacy academy in Guinea-Bissau and that the Turkish Foreign Ministry Academy will offer online training programs to local diplomats.

Çavuşoğlu stated that a range of significant agreements were signed Thursday between Turkey and Guinea-Bissau in addition to the agreement related to the Maarif Foundation.

Çavuşoğlu noted that Turkey has shown solidarity with Guinea-Bissau during the fight against COVID-19 and again sent ventilators and medical masks with this visit.

The Maarif Foundation, which was founded on June 17, 2016, officially started its activities a few months after the brutal coup attempt by FETÖ. One of Maarif's missions was to take over the schools formerly operated by FETÖ, which is known for its international network of institutions.