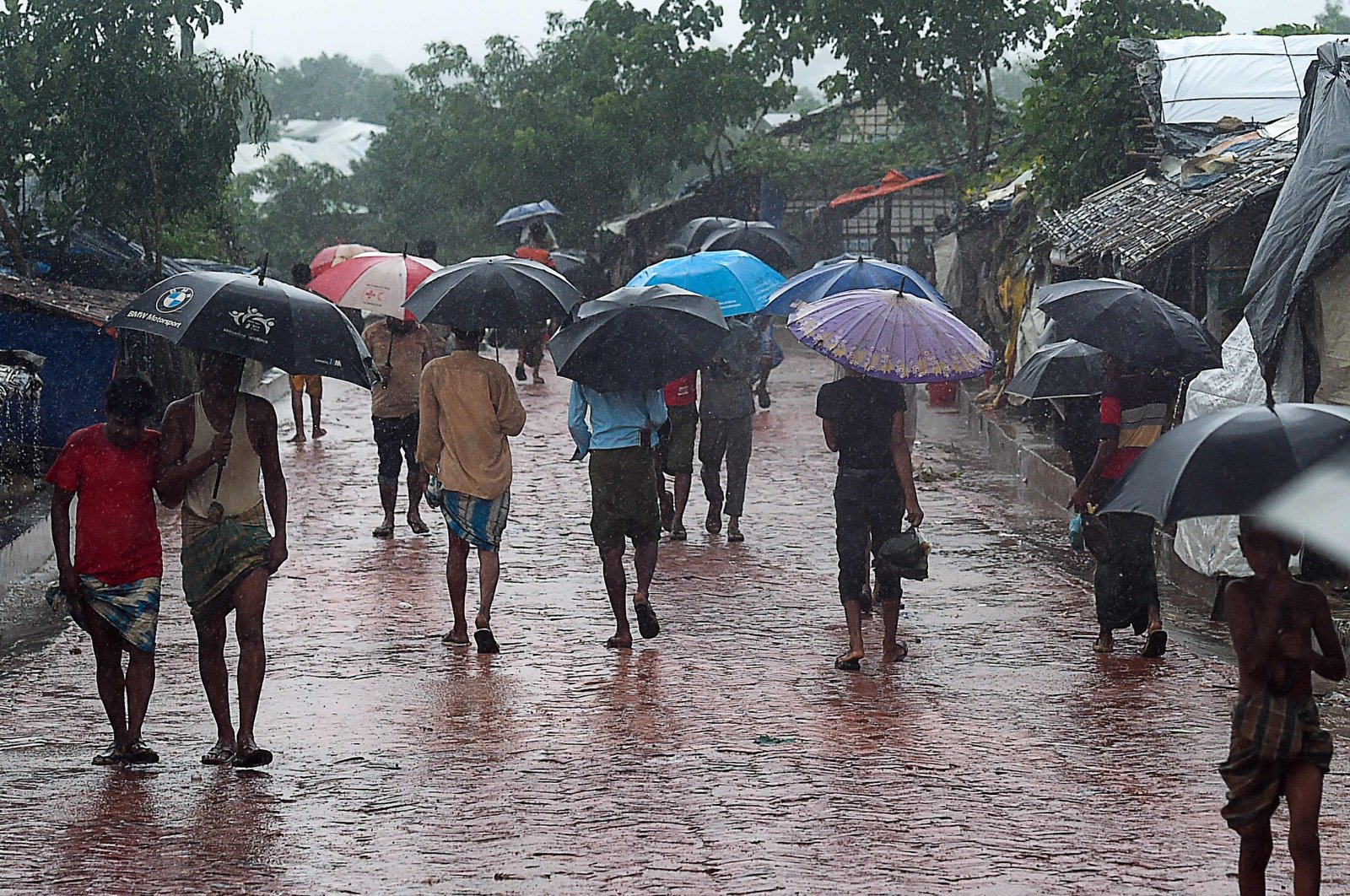 Helping the persecuted Rohingya refugees and finding a lasting solution to their crisis are some of Turkey's main foreign policy objectives and priorities, according to a Turkish envoy.

In an interview with Anadolu Agency (AA), Turkish Ambassador to Bangladesh Mustafa Osman Turan said his country has provided the greatest amount of humanitarian assistance to the refugees living in camps in Bangladesh since 2017, when a crackdown by the Myanmar military led to the deaths and displacement of hundreds of thousands of Rohingya Muslims.

"Additionally, we have set up a field hospital in Cox's Bazar, which is operated by Turkish doctors and nurses," he said.

"We have been very active in the field with the help of tireless efforts of our humanitarian workers and volunteers, and from public institutions and NGOs," the envoy told AA, adding that the Turkish Cooperation and Coordination Agency (TIKA), Turkey's Disaster and Emergency Management Authority (AFAD), the Turkish Red Crescent, the Turkish Diyanet Foundation and several nongovernmental organizations (NGOs) have been involved in many humanitarian activities, from nutrition to health and education, in cooperation with Bangladesh and the relevant U.N. agencies.

“Helping the Rohingya is one of our main foreign policy objectives, as a country that has offered the greatest amount of humanitarian assistance over the past three years since 2017,” Turan said, adding that Turkish institutions and NGOs in Cox's Bazar will maintain their humanitarian activities for the Rohingya as long as this tragedy continues.

“We also encourage the international community to initiate new projects particularly oriented for women and children, including education and skill-building," he said.

Need for freedom of communication

In response to a question about Bangladesh blocking internet and mobile access for Rohingya refugees, the Turkish envoy said freedom of communication is a fundamental human right and should not be taken away from the Rohingya in Cox's Bazar camps.

“Communication is required to strengthen all kinds of humanitarian response activities by official institutions and NGOs. Ensuring security in the camps should also be a priority as long as it does not prevent the Rohingya from communicating with each other and humanitarian actors in times of emergency," Turan said.

On Sunday, the Bangladeshi government indicated that it will restore mobile networks and internet services in Rohingya refugee camps to ensure better services amid the coronavirus pandemic.

Turan emphasized that a lasting solution to the Rohingya crisis is a priority, both for Turkey and the international community.

“This is only possible with a safe, sustainable and dignified return of Rohingya to Myanmar. We are aware that there is no other solution to this tragedy. After three years, the world is still waiting for concrete steps from Myanmar. We are closely following the developments in this realm,” he said.

Turan highlighted the need for a new model of predictable and equitable responsibility-sharing, as he said the international community should take immediate measures with a view to preventing an ongoing humanitarian catastrophe and alleviating the burden on Bangladesh.

“The accountability issue is also on our agenda. For the way forward, accountability remains crucial as victims need justice and closure,” Turan said.

"Accountability is a primary guarantee for preventing the recurrence of such crimes in the future. In this respect, in close cooperation with the OIC (Organization of Islamic Cooperation), we are closely following Gambia's case against Myanmar in the ICJ (International Court of Justice)," he said.

Focus on safe return of Rohingya

Noting that failure in the Rohingya repatriation will deepen the humanitarian situation in Cox's Bazar, Turan warned that the living conditions of the Rohingya will get much worse due to the geography of the region and limited resources to sustain the survival of almost 1 million people in the camps.

"As the long-term host of the Rohingya, Bangladesh would also suffer from the socioeconomic consequences. Failure to provide accountability for the suffering in Rakhine state and its consequences in Cox's Bazar will result in a lack of trust for major international actors and legal mechanisms," he said.