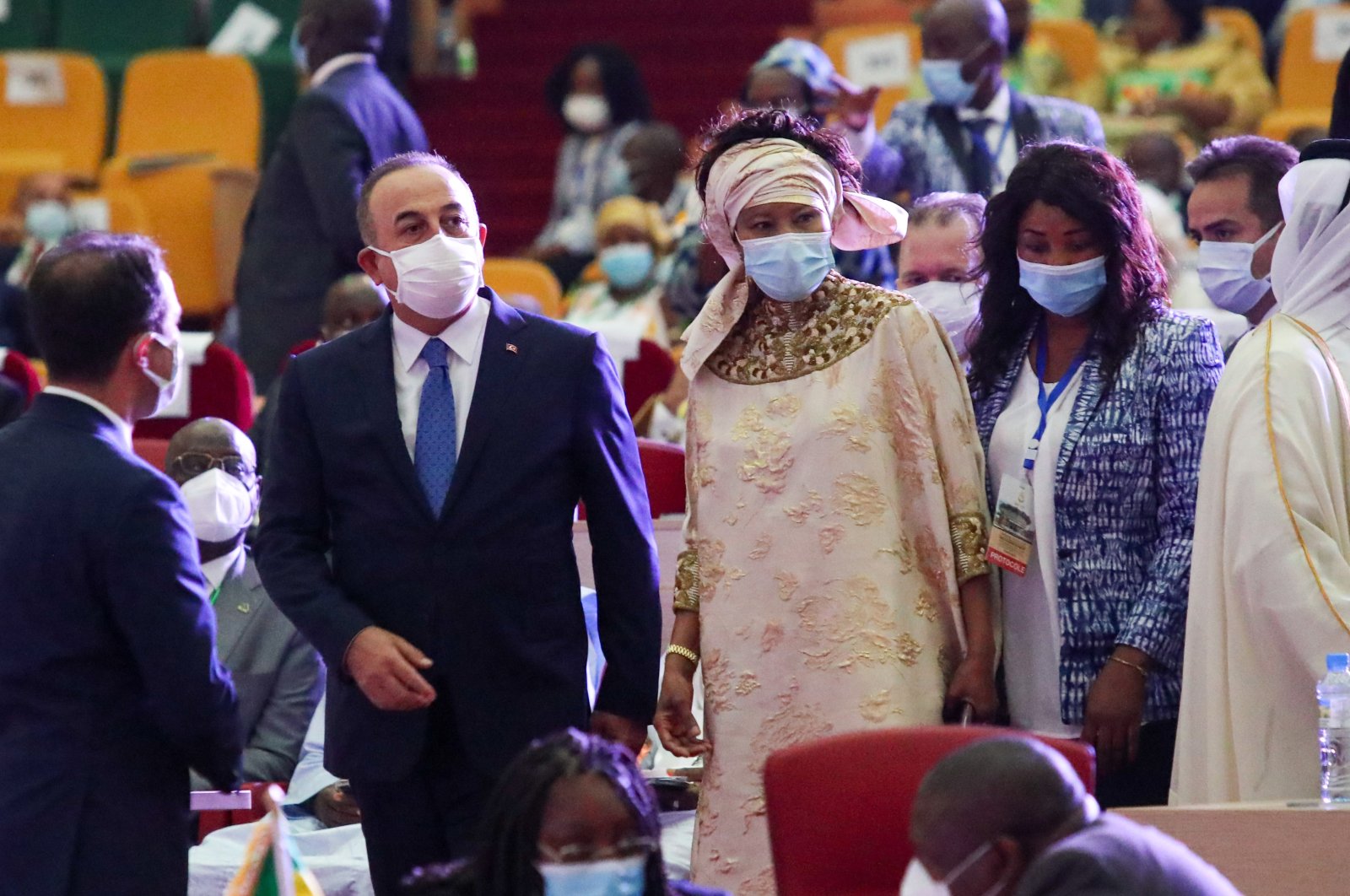 Turkey's foreign minister on Tuesday attended the oath-taking ceremony of Guinea's President Alpha Conde, who was sworn in for a third term.

Mevlüt Çavuşoğlu represented Turkey at the oath-taking ceremony held in the capital Conakry.

"We attended the inauguration ceremony of Alpha Conde, the reelected president of friendly and brother Guinea," Çavuşoğlu said on Twitter.

"We will further develop our relations with Guinea," he said, wishing prosperity and well-being to the people of Guinea.

On Nov. 8, the Guinean Constitutional Court announced that Conde was officially elected president by securing 59.5% of votes.

A new constitution in March passed via referendum reset the limit on presidential terms, allowing Conde to seek a third term.

Conde's Rally of the Guinean People (RPG) and his rival Cellou Dalein Diallo's Union of Democratic Forces of Guinea have accused each other of fueling intercommunal tensions during the election campaign.

Several people, including a police officer, were killed in clashes between police and protesters during the campaign and following the announcement of election results.