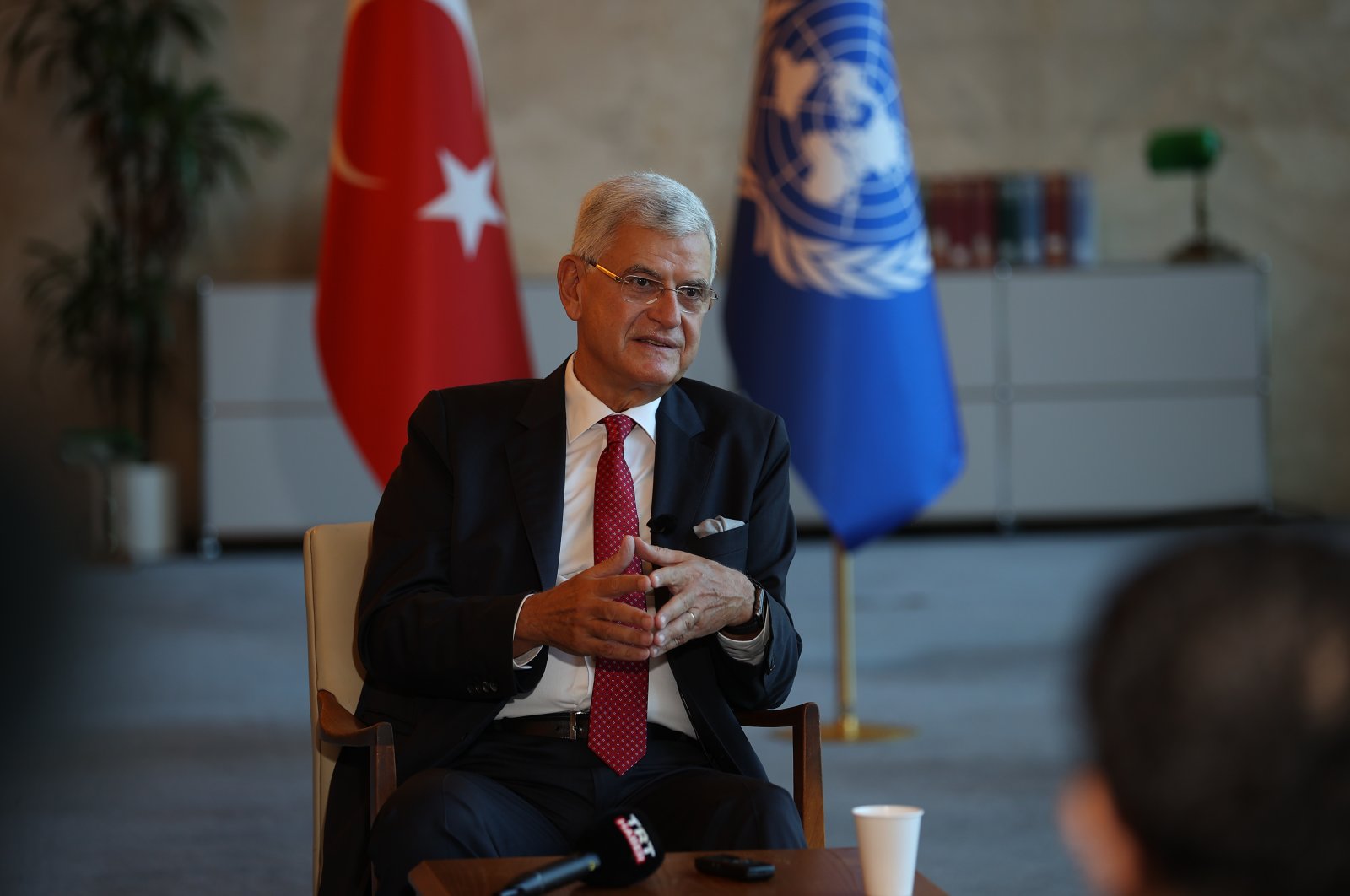 Congratulations to Ambassador Volkan Bozkır, who successfully completed his term as the 75th @UN_PGA. I sincerely thank Ambassador @volkan_bozkir for representing our country in the best possible way & for his contributions to solve global challenges.#UNGA75 pic.twitter.com/xCHpoBeJpv

Turkish Ambassador Volkan Bozkır completed his term with a farewell speech at the closing session of the 75th U.N. General Assembly.

In a statement, the Turkish Foreign Ministry noted that Bozkır was the "first ever Turkish citizen to assume this post in the 75-year-long history of the U.N.," and that the official ensured the uninterrupted continuation of the work of the General Assembly throughout his tenure, despite the restrictions imposed by the COVID-19 pandemic.

"He led the efforts to bring such crises as Palestine, Syria and Myanmar, which deeply hurt the conscience of the international community, to the agenda of the General Assembly," said the statement.

"He rendered support to the initiatives of strengthening the General Assembly, as the unique organ of the U.N. where all member states are represented equally," it added.

Bozkır prioritized strengthening multilateralism, supporting groups most vulnerable to conflicts, responding to natural disasters and humanitarian crises and strengthening the role of women in public life, the statement said.

"The realistic, decisive and responsive leadership which he displayed during his tenure is highly appreciated by the international community and the whole U.N. family," it said.

The ministry also congratulated Bozkır's successor, Abdulla Shahid, during the 76th session of the General Assembly.

Bozkır also congratulated Shahid as he handed over his position Tuesday to the former Maldives foreign minister in a farewell speech.

I wish His Excellency President-elect @abdulla_shahid a fruitful and impactful 76th session. There are certainly many challenges ahead, but I am confident you will continue pushing for a more more responsive United Nations.My brother Abdulla has my full support. pic.twitter.com/w0r6CR5nhH

Bozkır also met with his UNGA team before the end of his tenure and noted that he was proud of the work they accomplished together during the session. "I know you'll continue to flourish & uphold the principles of the Charter of @UN. A big thank you to all of you," he said on Twitter.

He is a Justice and Development Party (AK Party) lawmaker from Istanbul and head of the Turkish Parliament's Foreign Affairs Committee. Bozkır was elected to the Turkish legislature in 2011 after nearly 40 years in foreign service that included posts in Stuttgart, Baghdad, New York City and Bucharest.