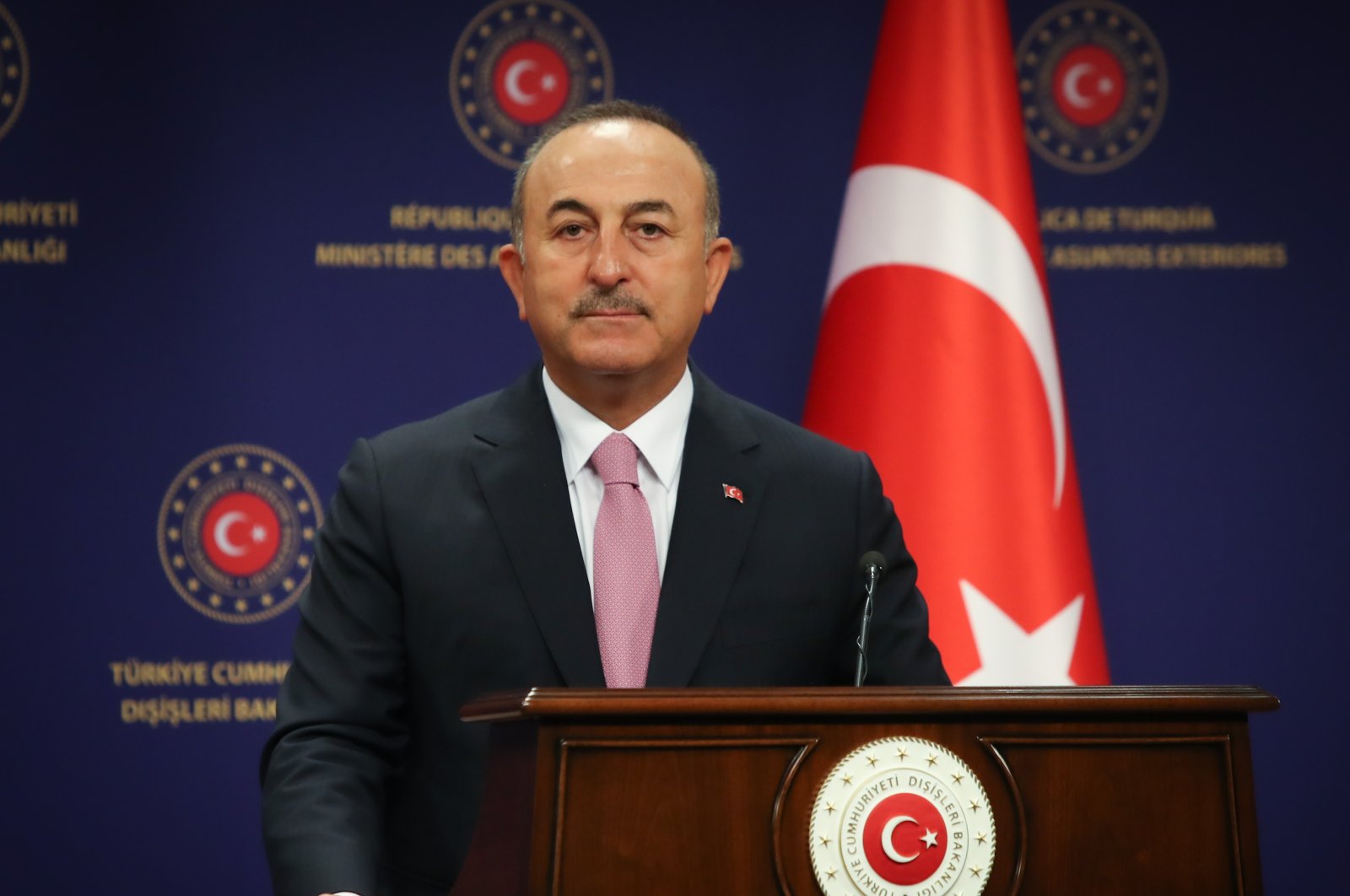 Foreign Minister Mevlüt Çavuşoğlu discussed the recent tensions in the Caucasus, which saw Armenia’s indiscriminate attacks against civilians in the contested Nagorno-Karabakh region with his Azerbaijani and German counterparts.

According to information from Anadolu Agency (AA), Çavuşoğlu discussed the recent situation in the territories, which are under illegal occupation by Armenia, with his Azerbaijani counterpart Jeyhun Bayramov.

The agency also reported that the top diplomat also held a phone call with his German counterpart Heiko Maas.

In the phone call, the ministers discussed the escalating tensions in the Nagorno-Karabakh region and Eastern Mediterranean.

Later in the day, the foreign minister and the ruling Justice and Development Party's (AK Party) Deputy Chair Numan Kurtulmuş visited the Azerbaijani Embassy in Ankara to have a meeting with Ambassador Khazar Ibrahim and other diplomats.

"The solution to the Nagorno-Karabakh conflict is Armenia’s withdrawal from occupied territories. Just as we all support Georgia's territorial integrity, we should support Azerbaijan in the face of illegal Armenian occupation of its territories," he said during a news conference after the meeting.

As soon as the violations began, Ankara reiterated its support to Azerbaijan, with many officials, mainstream parties and the Turkish Foreign Ministry declaring unwavering backing to its brotherly Turkic nation.