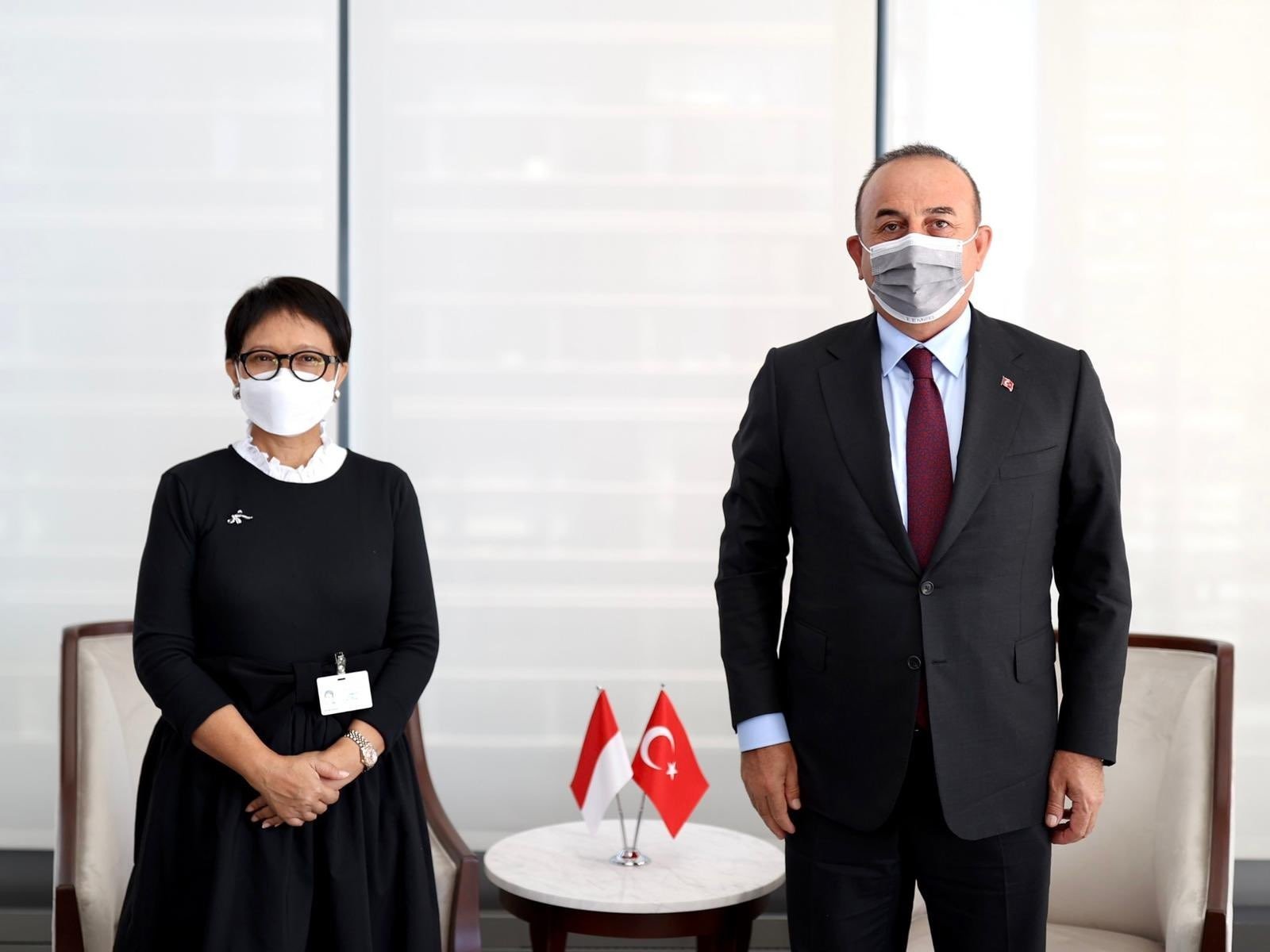 Foreign Minister Mevlüt Çavuşoğlu discussed bilateral relations with his Indonesian and Turkish Cypriot counterparts on the sidelines of the 76th session of the U.N. General Assembly.

He noted that he had a productive meeting with Indonesian Foreign Minister Retno Marsudi.

"We will further strengthen our bilateral relations in every field," he said, highlighting the "close cooperation" of Turkey and Indonesia at the U.N., Organization of Islamic Cooperation (OIC), D-8, Organization for Economic Cooperation (OECD), and MIKTA, an informal partnership consisting of Mexico, Indonesia, South Korea, Turkey, and Australia.

Ahead of #UNGA76 meetings, consulted as usual w/my brother FM Tahsin Ertuğruloğlu of #TRNC.Sovereign equality and equal international status are inherent rights of the Turkish Cypriot people.We will continue to stand shoulder to shoulder. @mfatrnc pic.twitter.com/mYQJeyRY7J

The 76th session of the General Assembly launched last week, and the high-level General Debate begins on Tuesday. Some 130 heads of state and government are expected to attend.