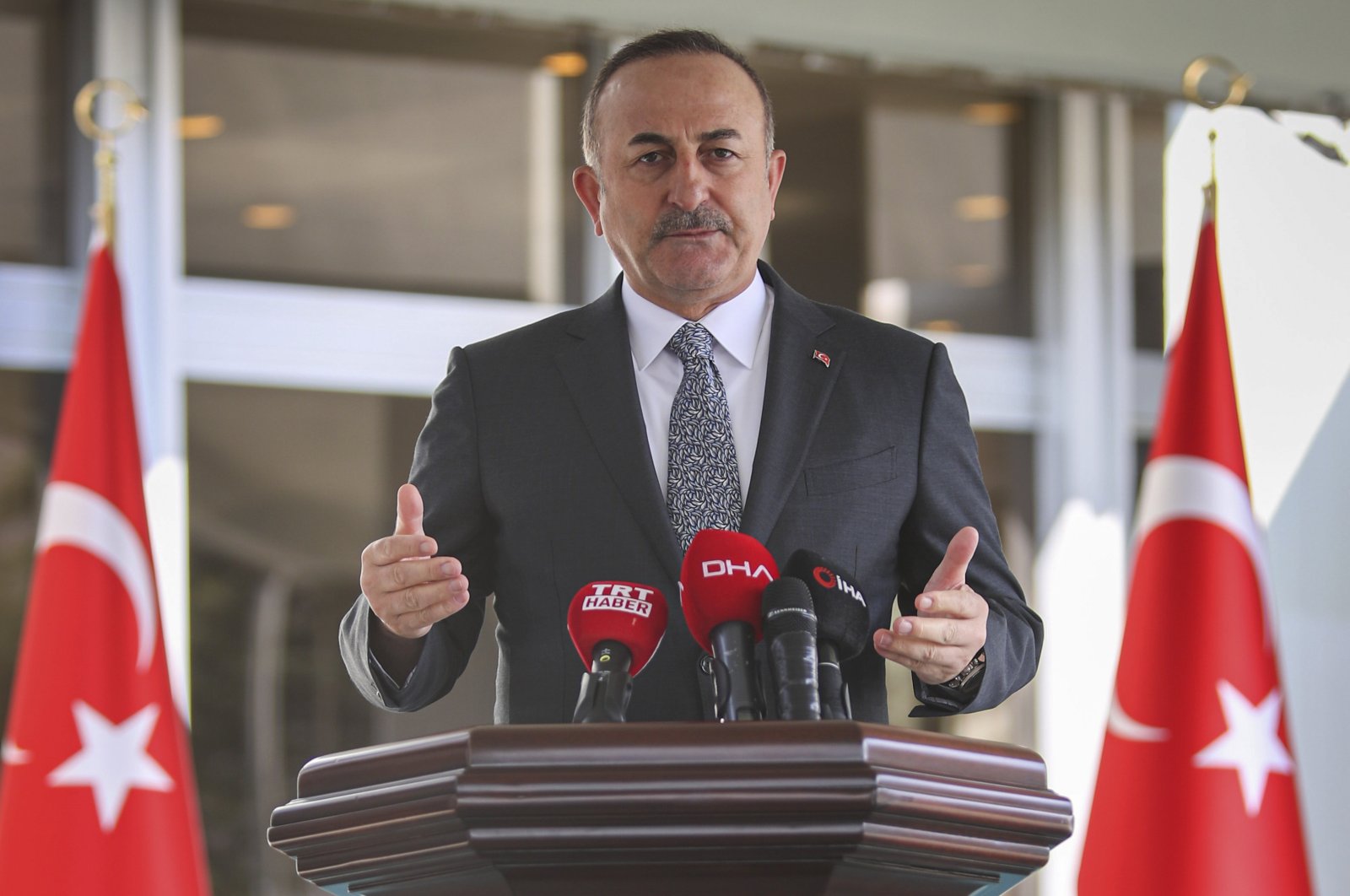 Global challenges require a global response and the international community should work in harmony in an effort to ease the effects of the coronavirus outbreak on vulnerable refugees, Turkey's foreign minister said on Tuesday.

Mevlüt Çavuşoğlu's remarks came at an online panel called "The Situation for Refugees and Other Displaced Persons amid the Pandemic: The Need for Cooperation, Antalya Diplomacy Forum" where top diplomats of Iraq, Jordan, Pakistan and Lebanon were present along with representatives from the European Union (EU), the WHO and the United Nations.

The foreign minister said the pandemic process had brought about further challenges for displaced people due to the difficulty of integrating them into health systems, troubles in the global supply chain, border closures and the economic repercussions of the outbreak.

He argued that a stronger and more efficient international response to the grievances of displaced people was of the utmost importance and said short-term solutions such as cash-aid programs could be a nice start.

"As Lebanon, Jordan, Iraq, Pakistan as large refugee-hosting countries would agree with me, we (host countries) need solidarity," said Çavuşoğlu, adding that the Turkish administration had backed global solidarity throughout the pandemic, distributing medical aid to a total of 125 countries.

Turkish officials have put the issue of refugees at the top of the agenda of international organizations such as the G-20, MIKTA, Organisation of Islamic Cooperation (OIC) and the Turkic Council, seeking to boost awareness among the international community with regards to the vulnerability of refugees in light of the pandemic, Çavuşoğlu noted.

"We have a common goal, protecting refugees and displaced persons and providing them with a decent life. For this, we need cooperation and action," he said.

Jordanian Foreign Minister Ayman Safadi said his country would continue to do everything possible to provide refugees with essential items with the collaboration of its partners.

Safadi said global solidarity was essential to ease the effects of the virus on refugees and added that cooperation was a must to ensure the "voluntary" and "safe" return of refugees in line with the international law.

Nassif Youssef Hitti, a top-ranking Lebanese diplomat, called on the international community to extend a helping hand with regards to burden-sharing and said that host countries needed more support in looking after refugees and internally displaced people.

Hitti added that a political settlement in Syria, where a civil war raged since 2011, would help host countries and the world overcome the refugee issue.

Pakistani Foreign Minister Makhdoom Shah Mahmood Qureshi, for his part, said millions of Afghan refugees had moved to his country to escape the country's conflict. Sharing the burden would be essential at these difficult times, he said, calling on the international community to have a constructive approach to assist needy refugees as the virus was spreading.

"The virus does not differentiate on the basis of race, religion, ethnicity or color," he stressed, adding: "It is time to exhibit the true meaning of leaving no one behind."

Filippo Grandi, the U.N. high commissioner for refugees, said the grievances of refugees and the challenges faced by host countries should not go unnoticed during the pandemic period.

With over 70 million refugees across the world, and some 90% of these residing in low or middle-income countries, the pandemic should not be allowed to have a catastrophic impact, Grandi said. He noted that financial difficulties among refugees had risen due to lockdown policies.

With a population of over 3.6 million displaced Syrians, who have the status of "people under temporary protection," Turkey hosts more refugees than any other country.

The civil war in Syria also had a significant impact on the number of refugees in regional states as millions have been forcibly displaced due to the ongoing conflict.